In a prelude to IChemE’s centenary celebrations, IChemE Fellow Martin Pitt charts the influence of chemical engineering since the dawn of civilisation

CHEMICAL engineering is fundamentally about the transformation of substances into materials on a scale which is useful to society, not just an individual. The first requirement is a settled community with access to resources, and some specialisation in work. As IChemE prepares to celebrate its centenary throughout this year, I wanted to acknowledge the deeper roots of our discipline, which you could argue stretch back thousands of years. Here we look at the organised chemical transformations that have been essential to the development of civilisation ever since, starting with the earliest cities 100 centuries ago and the technology around then.

The -OH groups on silicate polymers are dehydrated by heat to give strong -O- crosslinks and a rigid waterproof structure. This allowed storage and transport of food and drink, and began trade. For most of human history, cultures are identified by the shards of pottery left behind. The making of pottery opens the door on various other key developments. Baked clay tablets show the first known writing. And pottery enabled brewing, the first biochemical process. The ancient Egyptians produced beer on an industrial scale, giving pyramid workers 5 L/d.

Brick pottery kilns were the first industrial chemical reactors, converting copper carbonate to copper in a high temperature reducing atmosphere. Tin can be produced in the open air. Combining the two in the correct ratio produces bronze, a new substance superior to its components. Both pottery and bronze require mastery of energy – the other component of chemical engineering – and for success the processes must be controlled, a critical skill.

The Egyptians heated the rock gypsum CaSO4.2H2O, dehydrating it to CaSO4.0.5H2O. The powder mixed with water turned back to rock. This was used with sand as mortar in their monuments and for painting on inside their temples and tombs.

Michele Ursi/Shutterstock.com
Funerary mask made with linen, plaster and gold

Iron was much more difficult to get from ore. Not only does it have to be at a high temperature but the reducing agent is carbon, not carbon monoxide. So a careful arrangement and control of charcoal and ore in a furnace was required. The Philistine giant Goliath is described in The Bible as having an iron-tipped spear which would have pierced bronze armour. Those civilisations which mastered it had a huge advantage in warfare and later in technology.

The Chinese developed a complex combination of unit operations involving both physical and chemical processes to make a new wonder substance – paper. This was another enabling technology, which meant that a vast empire could be governed by a civil service using written messages, contracts and proclamations. By 750 CE, there was a major paper industry in the Islamic world so scholars could record knowledge from the ancient civilisations and science as it began to be practised. Even later, Caxton’s printing press would have something other than animal skins to print upon. The success of printing is normally credited to the mechanical process, but as so often through history, it is the chemical engineering process which meant it could be used so widely, and cheaply.

One of the things the Romans have given us is concrete. Lime CaCO3 is heated to get quicklime CaO. With water, this reacts to give a solid CaOH which had been used for mortar for some time. However, by mixing it with volcanic ash a slow reaction takes place giving a complex calcium silicate reaching full strength in 90 days, and lasting for centuries.

The Chinese began mixing fuels (sulfur and charcoal) with crystals of nitre extracted from bat poo. The possession of gunpowder technology became a defining factor in world history, itself dependent on access to resources of nitrate minerals (fossilised bird poo) and sulfur. Plus the expertise.

The Germans developed a method for making nitre from urine, involving biological and chemical processes. Queen Elizabeth paid a considerable sum of money to purchase the details. This chemical process and the development of expertise in particle technology made British gunpowder a reliable and economic product, without which the British Empire would never have existed.

Extensive production and use of metals was accompanied by industrial processes described in the book De re metallica. These included unit operations including crystallisation and distillation, and the manufacture and purification of acids, bases and salts.

archive.org
Purification of Sulfur (from De re metallica)

De re metallica describes the distillation of silver and nitric acid. However, it was the demand for alcoholic liquor which promoted the development of this unit operation on increasing scales. In 1822 a column still was introduced in Ireland, and it was an improved version of this by Aeneas Coffey which was the basis for the columns used for the early American oil industry.

A lush growth of weeds on and around the nitre process for gunpowder and a new scientific attitude led to the realisation that nitrogen was important for crop growth. This contributed to the Agricultural Revolution in which nitrogen compounds and mineral phosphate and potassium greatly increased yields. Nowadays the nitrogen compounds are produced by the Haber process, and this and fertilisers are an important part of the chemical industry.

By what was called double burning of limestone and clay and grinding, a powder was obtained which reacted with water to make cement the equal of the Roman one, but faster setting and much cheaper because it is from very common materials. Today, globally, the concrete made with Portland Cement is the industrial substance used in the largest amount.

Mauveine was the first synthetic dye, effectively the rare royal purple. Queen Victoria had one of the first dresses dyed this colour. Other colours quickly followed and the modern dye industry gave us a colourful world. 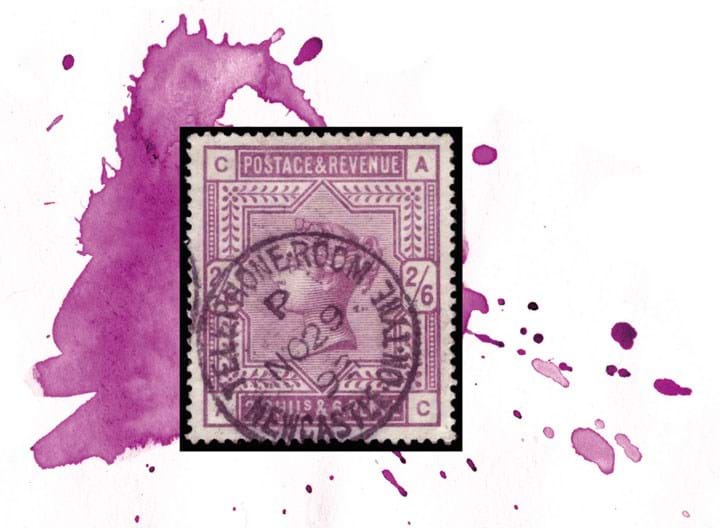 This brings us neatly to the dawn of the Institution of Chemical Engineers, which was founded in 1922. Visit IChemE’s dedicated centenary website (ChemEng Evolution) for more historical insights and information on events being held throughout the year.

First up: Chemical engineers and consumption

2022 marks IChemE’s centenary year, and each month has a dedicated theme and an accompanying webinar that members are encouraged to attend. These webinars will focus on the future opportunities and challenges facing chemical engineers and the profession. February’s theme is sustainability, and the webinar on 16 February will see a panel of experts discuss the challenges associated with consumption. A key question they will address is: What will define the sustainable chemical engineer’s approach to these challenges?

Currently, global production and consumption levels are estimated to be overshooting the planet’s biocapacity by about 50% each year. With standards of living on the rise, there is an obvious need to change the way the planet’s material resources are used, and there is a prime role for the profession in addressing this issue.

Join experts including Malcolm Wilkinson, Chair of IChemE’s Sustainability SIG; Pratima Rangarajan, CEO of OGCI Climate Investments; and Mark Apsey, Chair of IChemE’s Energy Community of Practice to hear their thoughts and pose your own questions on what these changes mean for our futures.

Topics of discussion are expected to include the ethical responsibilities of chemical engineers when it comes to sustainable development; acting as an honest broker; designing and building resilient systems; and applying a systems approach to the circular economy.

Blogging on the topic, IChemE member Nikolay Cherkasov, who is Managing Director of Stoli Chem and was part of the editorial panel looking at sustainability and environment, wrote: “Chemical engineering has an outstanding track record for solving major environmental problems. The solutions range from contributing to feeding the world’s population (through the development of the Haber-Bosch process for producing synthetic fertilisers), to delivering sustainable energy for power and transport, and safe drinking water to minimise disease.”

He added: “We welcome curiosity, debate and conversation – everyone is invited to participate. Register now to reserve your place. If you are unable to join live, a recording will be available via the ChemEng Evolution website after the event.”

Submit your questions for the panel ahead of the webinar here: ChemEngEvolution@icheme.org

And for more on the centenary, including historical reflections from IChemE members, visit the dedicated website: www.chemengevolution.org

A Life in Lithium

The £300 Industrial Secret that Changed the World