A COALITION of volunteer engineers, concerned about the misapplication of hydrogen, have formed a new group to provide independent advice to governments about plans for the hydrogen economy. We spoke with Tom Baxter – one of the Hydrogen Science Coalition's founders – to understand why he feels the group is necessary and what it aims to achieve.

Baxter is an IChemE Fellow, ex-BP engineer, former Technical Director at energy consultancy Genesis and visiting Professor of Chemical Engineering at University of Strathclyde. Along with four other experts, including Jochen Bard, Director of Energy Process Technology Division at Fraunhofer IEE, and David Cebon, Director of the Centre for Sustainable Road Freight at the University of Cambridge, he has founded the Hydrogen Science Coalition. The formation, and the coalition's publication of a manifesto, comes as governments push ahead with support for hydrogen as a route for decarbonisation, including for industry, transport and domestic heating.

What has led you to set up the Hydrogen Science Coalition and what does it aim to achieve?

“Hydrogen will be a key part of any net zero pathway. But we believe there is confusion about which kind of hydrogen should be prioritised and for which end-use sectors.

“It is clear that many governments are considering widespread use of hydrogen. However, we assert that there are many sectors where hydrogen is being promoted where there are already cheaper, more efficient solutions available today.

“We want to ensure that policy decisions on hydrogen reflect the most effective path forward from a sustainable standpoint.”

Focusing on the process industries in which many of IChemE’s members work, what are your concerns about current plans for greater hydrogen use? 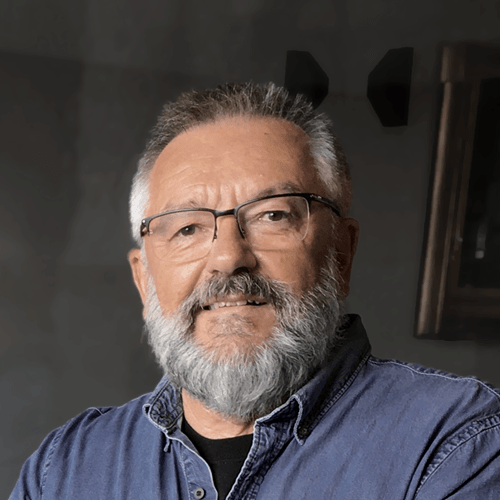 “There is a key role for hydrogen in the process industries. We need to decarbonise heat and power and there is a place for hydrogen. My article – Warm Up Acts – describes where I see hydrogen playing a role particularly for high temperature applications like reforming and cracking. Hydrogen’s role for low temperature heating, that is less than 200oC, is less clear and has to be critically examined against the much more energy efficient heat pump.

“Whilst energy efficiency is important, it is not the only discriminator. Decisions have to consider CAPEX, OPEX, availability, safety, environment, revenue and technology readiness.

“Hydrogen clearly has a role in hard-to-abate sectors. For example, as a reducing agent in steel manufacturing.

“Many chemical sites have their own power generation and steam raising facility. In most instances natural gas will be used. For an existing site, the operator may find hydrogen to be a more attractive retrofit than other heat and power options such as electrification and biofuels. For new builds, electrification may prove the more attractive option. It will be decided on a case-by-case evaluation.”

The Hydrogen Science Coalition’s manifesto says only green hydrogen should be supported by governments. Is there not a place for blue and grey hydrogen to help in the transition to a cleaner future?

“Firstly, there is no long-term place for grey hydrogen, as it has a very high greenhouse gas footprint; the process produces 9 t of CO2 per tonne of grey hydrogen. Grey hydrogen currently used for chemical feedstocks and fertilisers globally accounts for roughly 3% of the world’s greenhouse gas emissions – not dissimilar to the amount generated by aviation globally. So, hydrogen production is a decarbonisation problem as it currently stands.

“On the face of it, blue hydrogen looks to be a stepping stone to green hydrogen. But blue hydrogen will not have the required impact on climate if it is a fig leaf for continuing to produce and burn fossil fuels which drive up emissions. Blue hydrogen, which is produced by burning natural gas and attempting to capture carbon emissions with CCS, should be approached with caution. That’s because CCS is always partial; fugitive methane emissions during production and transportation are significant, and the risk of lock-in to expensive fossil fuels are very real.

“Furthermore, let’s say ‘stepping stone blue hydrogen plants’ are built. What investor is going to shut down blue hydrogen production if, or when, green hydrogen becomes cheaper. Chemical plants are usually designed for a thirty-or-so-year design life. It is not a stepping stone.

“Indeed the chair of the UK Hydrogen and Fuel Cell Association resigned last summer due to his concerns relating to the promotion of blue hydrogen.”

You have raised concerns that a significant push for hydrogen use has come from industries that arguably have a vested interest in its use. Are you concerned that governments are not being given impartial advice on how to best develop a hydrogen economy?

“Absolutely, this is one of our key concerns. Governments are not being given impartial advice.

“Let me say that it is not unusual for vested interests to lobby government, the problem comes when powerful, wealthy groups are providing an unbalanced view supporting their business interests.

“The UK has a Hydrogen Taskforce, a Hydrogen All Parties Parliamentary Group and a Hydrogen Advisory Council all advising Government. All these groupings are sponsored by businesses that will benefit from a hydrogen economy. What is good for business may not be in the best interest of the taxpayer.

“Any decisions to invest public money in hydrogen need to be backed up with facts. Relying only on vested interests to guide the development of a hydrogen sector risks undermining where the evidence tells us hydrogen should play a role.”

Which governments are you planning to lobby?

“I don’t think lobby is the correct term. We will alert policy makers, politicians, investors and the media of our existence and offer our collective experience to assist with reporting, analysis and decision making.”

Has the coalition had any success yet when it comes to engaging with these governments?

“It’s too early. Ask me in a couple of months.”

If your efforts could change one thing tomorrow about the implementation of a hydrogen economy, what would it be?

“That decisions on a hydrogen economy are based upon a comparative, holistic analysis of the triple bottom line – people, profit and planet. The holistic analysis that a chemical engineer is trained to provide.”

Five Questions for Kwasi Kwarteng about the UK's Hydrogen Strategy

Carbon Capture and Storage: Are We There Yet?