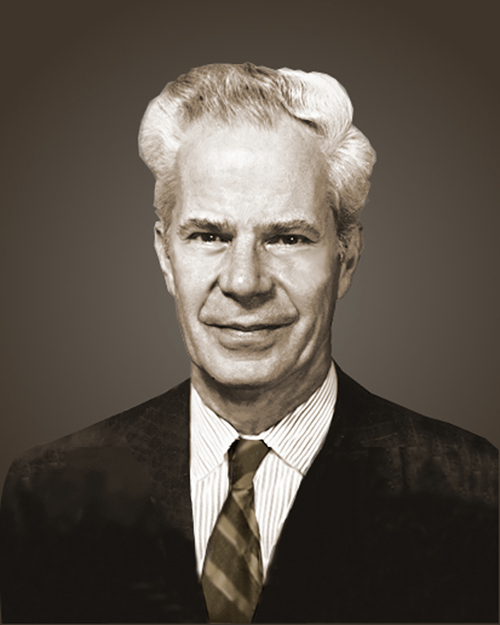 WITH the benefit of hindsight we know that not all processes developed by chemical engineers change the world in a good way. The story of Thomas Midgley, who fought the scourge of engine knock by adding toxic tetraethyl lead (TEL) to petrol and paved the way to safer cooling (and a great big hole in the ozone layer) by introducing CFCs (tce 829, July 2010) is a case in point. Thankfully, others have been there to right such wrongs.

If Midgley put the lead into petrol, it was fellow chemical engineer Vladimir Haensel who took it out again. But that is not all. Haensel’s key achievement, the platforming process, allowed the conversion of oil into much higher octane fuels with much-increased efficiency and considerably fewer byproducts, cutting air pollution and smog. Moreover, the process generates large quantities of aromatic hydrocarbons, the raw materials for most modern plastics. Until then, aromatic hydrocarbons were produced by fractionating coal tar, a much more toxic process.

In his memoir of Haensel, UOP’s chief technology officer Stanley Gembicki writes: “The engineering breakthrough of the platforming process has helped shape our economy in many ways, from the inexpensive processing of high-grade fuels to the production of plastics in a more environmentally sound way. These advancements have directly and indirectly contributed to many of the world’s industries. We can easily take for granted the abundance of low-cost, high-efficiency fuels without realising that the ability to economically transport food, medicine, industrial supplies, and even our mail is very much dependent on Haensel’s invention. Indeed, the platforming process has reduced the US’ reliance on foreign oil, has broadened the long-term energy outlook for the world, and has saved billions of dollars in transportation costs.”

Born in Germany in 1914, Haensel spent his childhood in Moscow, where his father Paul was a notable economist and financial director of the Institute of Economic Research under Vladimir Lenin. The family moved to the US in 1930 after Paul Haensel accepted a professorship at Northwestern University in Chicago. Vladimir himself enrolled at Northwestern one year later, aged 17. Having graduated with a general engineering degree in 1935, Haensel junior moved on to MIT where he received his master’s degree in chemical engineering in 1937.

Upon graduating, Haensel took up a position of research chemist with Universal Oil Products (UOP). Within two years, he was back in touch with his Russian roots thanks to a research secondment from UOP, which took him back to Northwestern. There he worked with the Russian researcher Vladimir Ipatieff, who’d made his name in catalysis research and established one of the first high-pressure catalysis laboratories in Europe at the Mikhail Artillery Academy in St Petersburg before defecting to the US.

Haensel’s breakthrough was the realisation that... the long working lifespan of a heterogenous catalyst could make up for the initial cost

In 1941, Haensel was asked to coordinate UOP’s research into cracking. It was in this capacity that he made his breakthrough with the platforming process.

The oil refineries around at the time were fairly crude by today’s standards, and the naphthas  they produced had very low octane ratings of around 65 RON. Octane ratings indicate how likely a fuel is to combust prematurely, causing engine knock – and 65 RON fuel causes serious knock. This in turn prevented the development of efficient high-compression engines, which would have been seriously damaged by low-octane fuel.

Midgley’s discovery during the 1920s that adding TEL raised the octane rating had been hailed as a major advance, but the real breakthrough would be to reform the naphthas themselves. The exact reactions vary depending on the feedstock, but there are four main types of reactions that occur during catalytic reforming: naphthenes are dehydrogenated and converted into aromatics; and paraffins are either isomerised, dehydrogenated and aromatised, or broken up into smaller molecules.

However, while the idea of the process was understood, it was finding a suitable catalyst that proved to be the problem. By the time Haensel took up the baton others had already tried and discarded countless potential catalysts. Haensel was interested in using platinum, but most his contemporaries thought the idea ridiculous, given the cost and rarity of the metal.

Haensel’s breakthrough was the realisation that provided that he could control the problem of fouling and devise a way of regenerating a catalyst in situ, then the long working lifespan of a heterogenous catalyst could make up for the initial cost. Haensel discovered that a platinum catalyst on an alumina support was both stable and very active: the platinum catalyses the dehydrogenation of the hydrocarbons in the C6 – C10 paraffins while the alumina support, a Lewis acid, facilitates the acid-base chemistry needed to transform the unsaturated hydrocarbons produced by the platinum into  aromatic rings. With the basic chemistry in hand, Haensel’s challenge was to reduce the amount of expensive platinum required as much as possible without compromising the efficiency of the process. Since only the surface atoms of the catalyst contribute to the reaction, Haensel focused on a highly-dispersed heterogenous catalyst, and eventually found that a catalyst containing as little as 0.01% platinum could be effective, as long as the platinum particles were extremely small. It was not understood at the time but this makes Haensel a pioneer of nanoparticle catalysis.

While the catalyst does not remain effective indefinitely and suffers from coke buildup at the surface, modern refining processes are able to regenerate the platinum catalyst up to 400 times before activity drops too low and the platinum has to be recovered and recycled. If other chemists initially laughed at the idea of using platinum catalysts on an industrial scale, Haensel had the last laugh.

The platinum reforming (platforming) process raised the octane rating of petrol without the use of toxic additives, increased the yield of petrol per barrel of oil and allowed the introduction of high-compression engines which cut fuel consumption by around 35%. But the process also has direct environmental benefits. It generates considerable quantities of hydrogen which are used in a hydrotreating unit to convert sulphur and nitrogen compounds in the feedstock to hydrogen sulphide and ammonia. This not only protects the expensive platinum catalysts from poisoning, it also significantly cuts harmful emissions at the refinery and from the downstream uses of diesel fuel and heating and fuel oils.

On top of this, the process yields considerable quantities of aromatic hydrocarbons such as benzene. These hydrocarbons are the starting point for the plastics industry, and are the raw material for styrene, nylon and polycarbonate to name but a few. Prior to platforming, benzene was extracted from coal tar using the ‘coal tar method’ devised by Charles Mansfield in 1845 – an environmentally questionable process that uses vast quantities of strong sulphuric acid and caustic soda.

The world’s first platforming unit started up in 1949 at the Muskegon, Michigan refinery operated by Old Dutch Refining. Haensel’s process had made no provision for regenerating the catalyst once it had become laced with coke; this was the key innovation by the more recent advances on platforming such as powerforming, houdryforming, rheniforming and ultraforming. In the very latest iterations of the process, catalyst regeneration has become a continuous process itself. But despite these advances, the fundamentals of Haensel’s process remain unchanged, and the vast majority of today’s fuels are produced via some iteration of his platforming process.

Haensel continued to get promoted at UOP – first to director of process research (1960), then to director of research (1972) and finally to VP / science and technology (1972-79). In this role Haensel was responsible for setting up R&D programmes that made a big contribution to the development of the catalytic converter – though the actual credit for their development goes to French engineer Eugene Houdry and the Americans John Mooney and Carl Keith, a chemical engineer and a chemist working at the catalyst specialist Engelhard. Besides which, the introduction of the catalytic converter was only made possible because platforming allowed refiners to produce high-octane fuels without using lead additives, which would have otherwise instantly poisoned the automotive catalysts.

In 1997, the US National Academy of Engineering awarded Haensel its top honour, the Draper Prize. In his citation, the prize committee’s chair Paul Jennings said: “Haensel has created what can only be called a revolution in mobility. The standard of living and safety of people in the US and throughout the world is highly dependent on mobility. Whether it’s an ambulance or emergency vehicle responding to a crisis, the continual supply of fresh food to grocery stores or the ability of people to expand their employment options, the access to efficient personal transportation that Haensel’s innovation created is key.”

Donald Campbell and colleagues – Fuelling a way of life