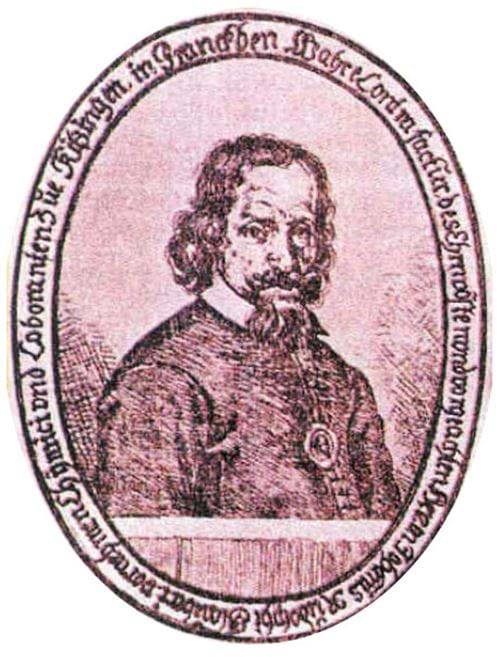 ALCHEMY. It’s a word that conjures up images of charlatans and quackery, of quasi-mythical men poring over steaming cauldrons trying to turn lead into gold. It’s an image that is worlds apart from modern chemical engineering, carried out in a sleek contractor’s office, in a modern laboratory or on a heavy industrial site – factual, precise, auditable.

And yet it can be argued that modern chemical engineering takes its root in precisely the bubbling cauldrons full of miracle cures inhabited by the 17th century alchemist.

Indeed Herman Skolnik, in the book A Century of Chemical Engineering, makes exactly that observation about Johann Rudolph Glauber, a self-educated German alchemist: “Some historians of science consider Glauber as one of the first chemical engineers as he developed processes for the manufacture of sulphuric, nitric, acetic, and hydrochloric acids.”

Glauber certainly was an interesting figure, a clear and practical thinker who advocated using carefully-constructed experiments to prove hypotheses, a hands-on engineer who designed much of his own equipment and developed tests that are still being used in analytical chemistry.

At the same time he was an ingrained mystic, who designed an intricate apparatus for roasting a live swan so that its spirit could be captured and turned into a medicine: “…an admirable water will ascend from [the furnace’s] fiery stomach […] into the appointed receivers; a water, I say, which will be a true and efficacious aqua-vitae[…] a wholesome medicament for men and women.”

Glauber was born in Karlstadt in what was then the Kingdom of Bavaria in 1604 into a large family. His father was a barber, a profession that at the time entailed a number of medical functions – barbers would carry out bleeding, leeching, administer enemas, extract teeth and dispense a variety of salves.

Unlike most alchemists and scholars of his time, Glauber was neither an aristocrat nor rich. Glauber attended school but did not finish it, and records suggest that he never even took an apprenticeship. Indeed he took stubborn pride in being a self-made man, writing: “I am glad to admit that I never went to prestigious schools and never wanted to: had I done so, I might never have gained such understanding of nature as, without wishing to boast, I now possess.”

He earned his living casting metallic mirrors and later as a court apothecary in the German town of Giessen. He is thought to have obtained his knowledge of alchemy and pharmacy by visiting numerous laboratories in the course of his fairly extensive travels, which took him to Paris, Basel, Salzburg and Vienna. The ravages of the 30-year war between 1618 and 1648 forced him to continue moving through Europe, taking Glauber to Frankfurt, Cologne and eventually Amsterdam, where, in his 50s he settled, and died a few
years later.

Unlike most alchemists and scholars of his time, Glauber was neither an aristocrat nor rich. Glauber attended school but did not finish it, and records suggest that he never even took an apprenticeship.

Glauber had a head for business and set up a company producing pharmaceuticals in Amsterdam, which for a time made him wealthy (and at another time bankrupted him). Indeed his interests were so manifold that his compatriot and fellow alchemist, Johann Moriaen, commented: “[Glauber] is a man of great understanding and knowledge in medical and chemical matters; so much so, indeed, that he loses himself in them, as it were, not knowing what to undertake or set on foot first.”

Today, Glauber is probably best remembered as the discoverer of ‘Glauber’s salt’ (sodium sulphate) – a laxative that was much milder than the available alternatives at the time, and highly prized by physicians at a time when purges were recommended to cure all kind of ailments.

He discovered his so-called ‘sel mirabile’ in 1625 after contracting a disease, possibly spotted typhus, which for some time after caused nausea and vomiting. The people of the city of Naples, where his travels had taken him to at the time, recommended that he visit a local miracle spring and drink from the water, which they assured him would restore his appetite. Glauber was sceptical but nevertheless took the advice. To his considerable surprise, the miracle cure worked: having drunk from the water, Glauber’s appetite returned and his health soon improved.

Most people would have accepted the cure, perhaps with a prayer of thanks, and thought nothing more of it. Not so Glauber – his natural curiosity gave him no rest until he had isolated and understood the curative properties of the water.

Locals ascribed the water’s effect to the natural presence of saltpetre (KNO3). After spending an entire winter evaporating the spring water and analysing the salts, Glauber found no evidence of saltpetre in the water; instead he found his sel mirabile, sodium sulphate.

The Works – an English translation of Glauber’s most important work – was published in 1689. It contains details of many of the processes and apparatuses he developed.

A history of firsts

In the 1909 book A Science-history of the Universe, Francis Rolt-Wheeler comments: “Glauber enriched chemistry in an eminent degree by his discoveries. In attacking the question of the composition of bodies, he commenced by considering the conditions under which certain salts were produced, and the products of their mutual decomposition. Instead of preparing the chlorides of metals as heretofore, by heating the metal with sublimate (mercuric chloride), he treated the metal directly with hydrochloric acid, and concluded that the salt produced was merely a solution of the metal in the acid. This was a convincing blow to the time-honored idea that the mercury of the sublimate had entered into the composition of the chlorides obtained.

Glauber became the first person to produce concentrated hydrochloric acid, which he obtained by reacting rock salt with oil of vitriol (sulphuric acid), and nitric acid from saltpetre and white arsenic, using a similar process to the production of ‘spirit of salt’ (hydrochloric acid): “Plainly after the very same manner as we have taught spirit of salt to be prepared, so may also be made ‘Aqua fortis’ (nitric acid). . .  Instead of salt take niter, and you will have aqua fortis.” The reaction yields fuming nitric acid, which for many years was referred to as ‘spiritus nitri fumans Glauberi.’

He further described the production of sulphate of ammonia (also known as ‘sel ammoniacum secretum Glauberi’), discovered nitrate of ammonia and arsenic chloride, proved that copper sulphate could be obtained by boiling copper with oil of vitriol, and was the first to observe and describe a double decomposition.

Glauber is also credited with developing the flame test, used to identify the metal of an unknown ionic salt depending on the colour the salt turns the flame of a Bunsen burner. The test is still used by analytical chemists today.

His claim to be a chemical engineer rests mostly on his work to improve processing equipment – specifically furnaces and distillation devices. Specifically, in 1646 he built the first distilling furnaces to incorporate a chimney, which reached much greater temperatures than previous designs.

He also experimented in producing an artificial fertiliser, using tartar derived from wine, and worked on medicines against scurvy and processes for preserving rations for the seafarers of the Dutch East India Company.

His focus on backing up theory with practical experiments and for turning scientific advances into practical marketable products make Glauber a forerunner of modern chemistry and chemical engineering.

In addition to his work as a chemist and alchemist, Glauber was the author of some 30 treatises which dealt with chemistry but in its broader context. Of these, one of the best-remembered is Teutschlands Wohlfahrt (Germany’s success), in which he argued for countries to exploit their own natural resources.  To help Germany recover from the strains of the 30-year war, Glauber suggested the country concentrate on exporting wine and beer, and suggested some stable concentrates suitable for export.

His verbose and self-important style made him a controversial figure during his lifetime and the years after; he appears to have made as many bitter enemies as he made adoring fans. The former would criticise him for being “an extremely untidy, verbose and often obscure author” who was “too fond of praising himself and posing as a benefactor of mankind in general and Germany in particular”, while the latter heralded him as “a founder of chemical technology” and “the German Robert Boyle” (one of the founders of modern chemistry).

The latter comparison is probably unfair: while Boyle is well-remembered for his systematic approach and firm belief in scientific principle, Glauber’s writing has been described as “spectacularly unorganised” with “defensive contempt of theory and method”. In his latter years he turned his back on practical experimental chemistry and became more of a classical alchemist, engaged in contemplative mysticism, studying the transmutation of metals and the secret fires of the Earth.

Glauber’s legacy however lives on. While his personality no doubt attracted controversy, and his methods were sometimes a little suspect, his focus on backing up theory with practical experiments and for turning scientific advances into practical marketable products – even to the point of designing process equipment to achieve his goals – make Glauber a forerunner of modern chemistry and chemical engineering.