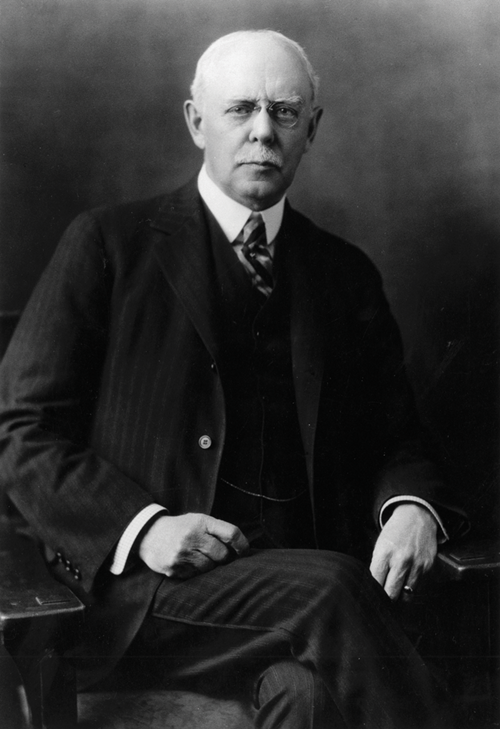 IF CHEMICAL engineering is the application of science to industry, then one of its most influential pioneers was Arthur D Little. Founder of the international consultancy that bears his name, Arthur Dehon Little’s achievements stretch much further.

Widely credited with developing the concept of unit operations, he was the first to use it to define the role of chemical engineering and as a way of explaining industrial chemical processes. To this day, unit operations remain a fundamental plank on which chemical engineering rests. In 1908, he was one of six founding members of the American Institute of Chemical Engineers and the driving force behind the creation of the chemical engineering practice school at the Massachusetts Institute of Technology in 1920. On top of this he was key to the discovery of cellulose nitrate and the chrome tanning process, introduced cellulose acetate to the US, and helped develop the gas masks used by US troops in World War II.

“His interests were virtually unbounded, the sweep of his imagination unrestricted, while his power to formulate and organise not infrequently overmatched the capacities of his followers and contemporaries,” Frederick Keyes wrote in his obituary in the Proceedings of the American Academy of Sciences. “Like many men of large endowment, he was generous, tolerant and kindly to an unusual degree.”

Arthur D Little was born in 1863 in Boston, Massachusetts, the eldest of four boys. His interest in chemistry was sparked by a traveller who demonstrated some experiments in exchange for ¢10.  Little decided to experiment for himself in the school laboratory and in 1881 enrolled at MIT to study chemistry. He proved to be a gifted student and able researcher. He was also a first-rate communicator and founded the MIT campus magazine The Tech. However, he had to abandon his studies in his third year without graduating; firstly, because he had been offered a job with Richmond Paper Company and, secondly, because his family had run into financial difficulty and was no longer able to finance his studies.

Little was promoted quickly at Richmond Paper, from entry-level chemist to plant superintendent. Along the way he recognised that the apparatus design used at the Rhode Island paper mill he was working on – the first sulphite paper mill in the US – was flawed, and he promptly rectified and improved it. His work quickly netted him his first patent and helped lay the foundations for his expertise in paper processing technology.

It was at Richmond Paper where Little would meet the man who would be his first partner in the journey into consultancy: Roger Griffin. Together they opened ‘Griffin and Little: Chemical Engineers’, a small analytical laboratory and consultancy in Boston. Operating from only 12 m2 of office and lab space, the company specialised in chemical analyses for quality control. In their spare time, Little and Griffin collaborated on a book, The Chemistry of Paper-Making, which would remain the bible of paper producers for years to come.

Following Griffin’s untimely death in 1893, Little founded the Cellulose Products Company to develop practical applications for cellulose. Among the company’s noteworthy products are the first motion film based on cellulose nitrate. Bought by Eastman Kodak in the early 1900s and commercialised from 1910 onwards, cellulose nitrate film was marketed as safety film. It provided an alternative to flammable nitrocellulose film, which had been the cause of numerous tragic fires in early cinemas.

A vision of research

Little was far ahead of his time in recognising the importance of long-term industrial research. The turn of the century was a time of rapid industrial development and a time when many important industrial processes were first devised. However, there was next to no attempt at organised R&D to translate laboratory discoveries into industrial-scale production, and corporate R&D was an intermittent and haphazard affair. Indeed, as Little would point out in his 1913 presidential address to the American Chemical Society, in the late 1800s “many concerns engaged in business of a distinctly chemical nature had no chemist at all, and such a thing as industrial research hardly came within the field of vision of manufacturers.” He was particularly dismayed that, for many, not much had changed since, even though research was starting to establish itself as a founding stone of the developing US industry.

In Little’s view, academia was similarly blind to the challenge and opportunity that research represented. “It must be admitted with regret that our […] institutions of learning have failed to seize or realise the great opportunity confronting them,” he said. “They have, almost universally, neglected to provide adequate equipment for industrial research, and […] have rarely acquired that close touch with industry that’s essential for familiarity and appreciation of its immediate and pressing needs.”

The birth of consultancy

The consultancy business was designed to fill this gap. A second attempt at developing a consulting partnership, this time with the MIT chemist William Walker, was as short lived as the first, lasting from 1900 to 1905, when Walker was appointed head of the new research laboratory of applied chemistry at MIT. From here on in, Little decided to go it alone, and the Arthur D Little consultancy was born.

From the start, Little’s passion for “investigations for the improvement of processes and the perfection of products” drove the company, coupled with his unshakeable belief that scientific advances would underpin industrial development and turn companies into corporate success stories.  Little was always ‘dedicated to industrial progress’ – indeed, that phrase is inscribed on the west wall of the AD Little Research Laboratories in Cambridge, Massachusetts, to this day. But convincing companies of the importance of investing in R&D, and of the need to treat this investment as a long-term project rather than expecting instant pay-offs, proved to be a hard sell initially.

Nevertheless, Little never tired of arguing that progress was based on increased efficiency, and that the industrial application of chemistry offered the most direct way of boosting this efficiency. “Every waste that is prevented, or turned to profit, every problem solved, and every more effective process which is developed makes for better living in the material sense and for cleaner and more wholesome living in the higher sense,” he said at the opening of MIT’s applied chemistry laboratories in 1909.

Little’s first real breakthrough came in 1911, when he was tasked by General Motors to set up and staff the company’s first-ever centralised research department. With this success under his belt, more scientific research and process design tasks followed, spanning smoke filters, newsprint, producing alcohol from wood waste, recovering turpentine and rosin from pine-tree stumps, and even airplane dopes. By 1918 the company occupied its own building in Memorial Drive, Cambridge, and had completed more than 16,000 separate investigations.

What had begun as a simple analytical laboratory had progressed into a serious industrial research operation, where different specialists in different departments would work together to fully exploit every promising breakthrough by fundamental research and thorough investigation of all the potential industrial applications for their economy and practicality.

To chemical engineers, Little’s most important legacy is his work on unit operations, and how he applied this to the use of unit operations to define the profession. In a speech he gave to the MIT Visiting Committee for Chemistry and Chemical Engineering in 1916,  he explained: “Any chemical process, on whatever scale conducted, may be resolved into a coordinate series of what may be termed ‘unit operations’, as pulverising, dyeing, roasting, crystallising, filtering, evaporation, electrolysing and so on. The number of these basic unit operations is not large and relatively few of them are involved in any particular process. The complexity of chemical engineering results from the variety of conditions as to temperature, pressure etc, under which the unit operations must be carried out in different processes, and from the limitations as to material of construction and design of apparatus imposed by the physical and chemical character of the reacting substances.”

Previously, there had been little recognition of different branches of the process industries, which were relying on the same basic processes, governed by the same principles, even if the area of application could be as different as oil refining and processing chocolate. Little’s former colleague, William Walker, together with Warren Lewis and William McAdams, later expanded the ideas in their seminal textbook, The Principles of Chemical Engineering, where they divided chemical engineering up into five classes – fluid flow processes, heat transfer processes, mass transfer processes, thermodynamic processes and mechanical processes. In addition, they identified three chemical engineering categories – combination, separation and reaction. It was those principles that helped define the new field of chemical engineering and defend it as a separate discipline against industrial chemistry, as well as define it against other branches of engineering that are more readily understood by laymen.

Unit operations were to underpin a new curriculum for chemical engineering, which Little and Walker developed for the new Chemical Engineering Practice School at MIT, which opened in 1920. Walker and Little had complementary goals for the school: Walker wanted to develop industrial chemistry as a unique discipline, while Little was convinced that chemistry teaching at universities needed a strong grounding in industrial practice. The school received $300,000 in start-up funding from Little’s contact, George Eastman, founder of the Eastman Kodak Company. In addition, Little’s drive and connections were also instrumental in the creation of MIT’s research laboratory of applied chemistry, and securing the funding for the Eastman laboratories at the same university.

Throughout his life, Little was a tireless advocate of the benefits of science and its capacity to transform life for the better. He said: “To those with vision, science is bringing countless new opportunities for constructive and profitable effort, while it is likely to take whatever they may have from those who will not see.”

Little also concluded that bankers and politicians would benefit from having a rather deeper understanding of science and scientific advances, given the changes science can bring and the impact money and politics have on scientific advancement. “While every chemist will admit he needs a banker, the fact that every banker needs a chemist is not yet recognised in financial circles.”

Now, 100 years on, we’re still waiting for his message to be heard.

Chemical Engineers Who Changed the World People The Profession