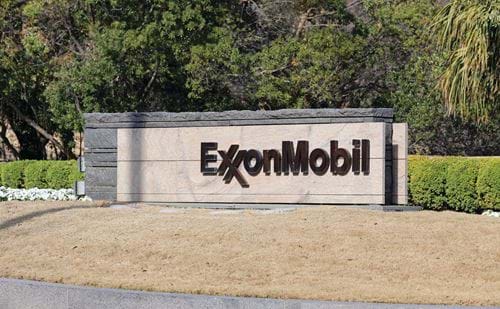 Katherine Welles/Shutterstock.com
The alleged breach was when US Secretary of State Rex Tillerson was Exxon’s chief executive

EXXONMOBIL is suing the US Treasury in response to a US$2m fine, which was imposed yesterday for “reckless disregard” of US sanctions on Russia in 2014.

The fine was levied by The Treasury’s Office of Foreign Assets Control (OFAC), which said Exxon did not disclose breaches of sanctions over deals for an oil joint venture made with Igor Sechin, chief executive of Russian state-controlled oil group Rosneft.

The alleged breach was made weeks after Washington imposed sanctions on Moscow for annexing Ukraine's Crimea region, during a period when current US Secretary of State Rex Tillerson was Exxon’s chief executive.

OFAC has said in a three-page statement that Exxon had “demonstrated reckless disregard for US sanctions requirements” by signing eight deals with Sechin between May 14–23, 2014. The US$2m fine was the maximum penalty that could be enforced.

Although Rosneft itself is subject to sanctions that allow limited dealings, OFAC claims Sechin was blacklisted during the time of the alleged offence.

Exxon has rejected the fine, branding it “fundamentally unfair”, and is suing the US government in an effort to overturn the decision.

The company claims that it was following acknowledgement from government officials that sanctions involving Sechin applied only to his personal affairs, and not to companies that he managed or represented.

The court filing said: “OFAC seeks to retroactively enforce a new interpretation of an executive order that is inconsistent with the explicit and unambiguous guidance from the White House and Treasury issued before the relevant conduct and still publicly available today.”

In April this year, Exxon was denied a waiver by the Trump administration, in response to a request to resume drilling in the Black Sea with Rosneft.

Sarawak to set up own oil company