Reducing our reliance on fossil fuels is essential in order to tackle the climate crisis, but this involves more than just increasing the share of renewable energy. Reliable alternatives need to be found for petroleum-based products, which is what chemical processing company Lixea is doing by turning wood waste into biochemicals, bioplastics, and biofuels. I spoke to Florence Gschwend, CEO and Co-founder of Lixea, about the new process and the company’s journey from spin-out to building a pilot facility.

From PhD projects to spin-out

Lixea, formerly Chrysalix Technologies, is a spin-out from Imperial College London, and was set up by Gschwend along with Jason Hallett, Scientific and Technical Advisor and Co-Founder, and Agi Brandt, CSO and Co-founder. The idea for Lixea began with Brandt’s PhD project at Imperial, completed in 2011, which involved research on using ionic liquids as a solvent to process biomass. Ionic liquids are salts that are liquid at around room temperature and have traditionally been very expensive. They have the advantage of having a low vapour pressure which makes them safe to handle in an open atmosphere and also means they have no harmful emissions, and they can also be easily recycled. Brandt developed the process using a low-cost ionic liquid and filed two patents for the process together with her supervisors and colleague.

Gschwend started her PhD at Imperial in 2013, focussing on using waste wood as a feedstock and how to make the process more economical. Gschwend and her supervisors alongside Brandt also filed a patent on the new process, but no large company was willing to take a licence for the technology, prompting the team to look into developing and marketing the new chemical process themselves. By building connections, gaining insight into the potential market for the technology, and winning prize money for funding, they were able to form Lixea as a spin-out in June 2017, just as Gschwend finished her PhD and moved into full-time employment at the company. That year, Gschwend was named in Forbes 30 Under 30 in science and healthcare, and in 2019 she won the Young Researcher Award at the IChemE Global Awards.

Using biomass as a feedstock can reduce the CO2 emissions associated with making a product, but the feedstock needs to be carefully considered so that there is no impact from land use changes and that production of the feedstock doesn’t compete with food production. Lignocellulose is the material that makes up cell walls in woody plants such as trees and shrubs, and it is the most abundant plant material in the world. It is not utilised for food production and is a waste product from several industries.

“We can work with quite a few different input materials from the construction and demolition industry,” explains Gschwend. “At the moment industries have to pay for the disposal of the wood and we can potentially capture it at a lower cost which also makes it more viable at a smaller scale. For example, the UK produces around 5m t of waste wood every year. We’re looking at plant sizes of around 60,000 t that we’d have to capture so we’d have to capture around 1% of UK waste wood in one plant.”

Lignocellulose is comprised of three biopolymers: cellulose, hemicellulose, and lignin, which have uses in many products. “Cellulose, for example, can be used to make paper, but also a variety of other products,” says Gschwend. “For example, textile fibres, new packaging materials, bioplastics, and biofuels. The lignin can be used to replace some common petrochemicals, for example phenol, or it can be spun into carbon fibres or it can converted to a biodiesel drop in.”

Lixea’s BioFlex process is a pretreatment technology for the lignocellulose biomass and can be used with almost any type of woody material. The ionic liquid separates the different components of the lignocellulose, while also allowing byproducts such as furfural and acetic acid to be recovered, which can be used in the chemical industry. “In order to make anything from those different components it’s important to separate them from each other. So in our process we cook the wood in the ionic liquid and that results in the dissolution of the lignin and the hemicellulose so what is left behind is cellulose which is a fibrous pulp,” says Gschwend.

The cellulose is removed by filtering it out, leaving behind a liquid containing the ionic liquid, lignin, and hemicellulose, which undergoes chemical transformation into small molecules. Adding water to that solution precipitates the lignin out. The diluted ionic liquid then undergoes an evaporation step, and at this point the small molecules produced from hemicellulose such as furfural can be isolated. The ionic liquid can then be recycled for the next batch, creating a closed loop system. 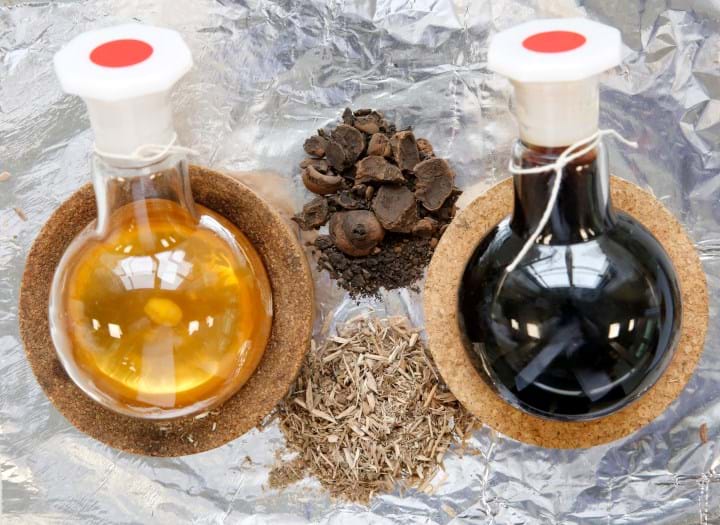 The development of the new process was not without its challenges. “Because it’s a new process and it uses a new type of solvent that is not commonly used in industry yet, there was quite a bit of educating needed from our side,” says Gschwend. They had to perform an extensive corrosion study to understand the limits of materials used in construction of the BioFlex technology. “The requirements of the material of construction are different which has made it quite difficult for us to use existing equipment so we had to first of all test the material would be compatible with ours.”

As with all small companies, obtaining funding for an emerging technology was difficult, especially as investors are unlikely to take risks at early stages. However, along with several smaller grants, Lixea has now received €2.3m (US$2.5m) through the European Innovation Council‘s Accelerator programme, which will be a game changer for the company and allow them to move forward with their technology.

Currently Lixea is operating at a large lab scale and is designing a pilot plant, which is due to be operational in 18 months. When it is possible to produce larger quantities of cellulose and lignin, they also plan to assess the possibility of new products that can be made from the wood waste.

Lixea aims to develop the technology so that it can be sold as process design packages to a wide variety of companies in the biorefinery sector to produce their products. Partially retrofitting the technology would be technically feasible for some facilities such as paper mills as they already filter cellulose during the production of paper. However, the ionic liquid has different properties to chemicals currently used, meaning that construction materials would need to be different.

The bioeconomy is still small compared to the fossil fuel industry and it will take a lot of work – both in terms of developing technology and implementing policies – in order for it to grow at a rate where it can compete with petrochemicals.

“I think quite a lot of things have to happen for that to become reality,” says Gschwend. Renewable fuels are subsidised in some places, but that will need to be expanded to other materials such as bioplastics.

“The petroleum-based industry has a huge advantage in terms of how long it’s been around and how much time to optimise, but the petroleum-based industry wasn’t as efficient from day one. I think because of that we also need to acknowledge that the bio-based industry will be subsidised at the beginning to level the playing field a bit. This has to go beyond just energy and fuel; it has to also extend to chemical feedstocks and materials like plastics or even clothing fibres, of which many, like polyester, are currently made from petroleum. I think as there’s more development around the bio-based industry it will become more efficient.”

Powering the future: the lithium battery that doesn’t get thrown away