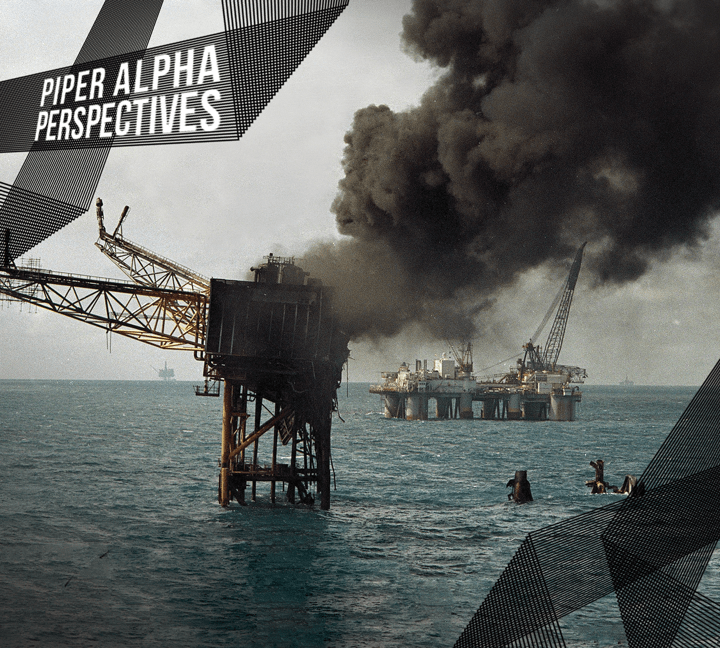 LATE in the evening of 6 July 1988,  a series of explosions ripped through the Piper Alpha platform in the North Sea. Engulfed in fire, over the next few hours most of the oil rig topside modules collapsed into the sea. 167 men died and many more were injured and traumatised. 30 years on, This series revisits the accident and shares  professional perspectives on the tragedy.

The following five articles were collected together in a special section of the print magazine called Piper Alpha Perspectives:

Piper Alpha: The Disaster in Detail
Stephen Richardson, an expert witness in the Piper Alpha inquiry, and Fiona Macleod, chair of the Loss Prevention Bulletin Editorial Panel review the causes of the Piper Alpha disaster, the findings of the investigation, and challenge you, the reader, to answer a series of questions about safety where you work. An abridged version of this article was published in the magazine, which you can read by downloading the PDF copy of the full issue of the magazine, here.

Conor Crowley: Process Safety Consultant
People often say they remember where they were when they heard President Kennedy was shot, when Princess Diana died, or when the two planes hit the twin towers on 9/11. For Conor Crowley, the Piper Alpha disaster was not one of those moments.

Lord Cullen: Piper Alpha Investigator
Lord Cullen of Whitekirk gave this speech at the opening of Oil & Gas UK’s Safety 30 Conference in Aberdeen on 5 June. The conference marked the anniversary of the Piper Alpha disaster, which Lord Cullen investigated on behalf of the government. The 106 recommendations made in his landmark 1990 report reshaped offshore safety culture.

Steve Rae: Piper Alpha Survivor
A personal perspective from Steve Rae, a survivor of Piper Alpha who has made it his duty to ensure that the legacy of the disaster continues to be re-visited.

Drew Rae: Podcaster
Disastercast host Drew Rae offers up a challenging view on the danger of convincing ourselves that we have taken 'adequate' precautions.

Lord Cullen was called to the Scottish Bar in 1960, and appointed judge in 1986. During his time as a judge he conducted three public inquiries into The Piper Alpha disaster in 1988, the shooting at Dunblane Primary School in 1996, and the Ladbroke rail crash in London in 1999. He was made an Honorary Fellow of the Royal Academy of Engineering in 1995.

Steve Rae has more than 30 years’ experience in the international oil and gas industry. He started as an Offshore Technician and was one of 61 survivors who returned from the Piper Alpha accident. He has since gone on to work as a member of the UK Step Change in Safety Leadership team and now works as operations manager at Well-Safe Solutions.

Drew Rae is manager of the Safety Science Innovation Lab at Griffith University, Australia. He also hosts the Disastercast podcast, which he launched in January 2013 to “review scary things and how to stop them happening.”

Piper Alpha: The Disaster in Detail