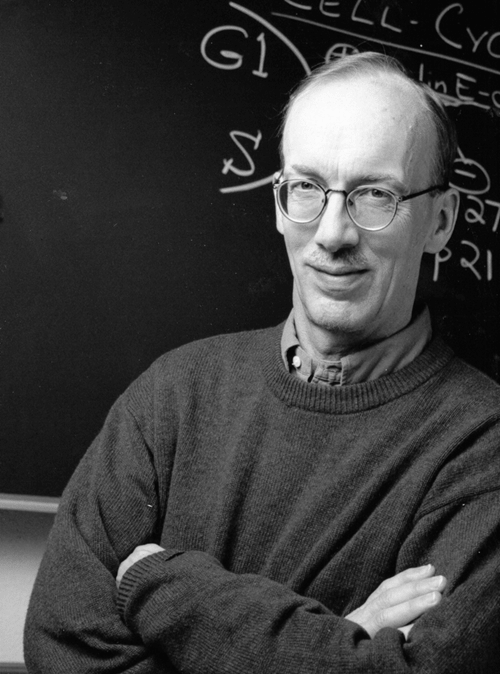 THE traditional chemical industries, particularly in oil, gas and petrochemicals, may have underpinned the role of the chemical engineer for the past 100 years. But will they continue to do so for the next 100 years? Many expect a shift towards biochemical engineering – designing and optimising cells to produce the chemicals we require.

One of the most influential shapers of this emerging field was a chemical engineer with a vision, and a knack of obtaining and using the latest tools that technological advances put at his disposal.

“Jay was one of the first chemical engineers to realise that chemical engineers did not only have to solve problems related to the petrochemicals industry but that their training and knowledge could be useful in the understanding of living, biological systems,” says Kelvin Lee, professor of chemical engineering at the University of Delaware and a former student of Bailey’s.

Bailey started his career conventionally enough. When Bailey obtained his BA in chemical engineering from Rice University in the US in 1966 – followed, just three years later, by a PhD – he was primarily interested in mathematical modelling and reaction engineering. He even spent a brief stint in the oil and gas industry, working for Shell Development.

But industry did not hold him for long. By 1971, Bailey had returned to academia, taking up an assistant professorship at the University of Houston.

It wasn’t long before Bailey noticed how his knowledge in reaction engineering could be applied to biochemical engineering. At the time, biology was increasingly interested in molecules, such as understanding the molecular structure of DNA, genes, or proteins. “It was an ideal time for someone like Jay to bring chemical reaction engineering principles to biology,” says Vassily Hatzimanikatis, associate professor of chemical engineering and bioengineering at Switzerland’s École Polytechnique Fédérale de Lausanne. “He always said that chemical engineers were ideal for working on biological systems because they are not put off by working on systems that are not fully understood. After all, for years we made plastics out of crude oil without knowing exactly what was in the crude.”

Undaunted by the fact that biology was well outside his formal training, Bailey embarked on a mission to learn. Lee comments: “He took an unusual approach to learning biology: together with David Ollis, he resolved to write a textbook on biochemical engineering, Biochemical Engineering Fundamentals (published in 1977). The process of writing the book did not just help him understand the details and nuances of biochemical engineering but also served as a very useful reference for the rest of the field.” Indeed, for many years it would be the only textbook in the field.

“Part of the influence he had was that this book was a very comprehensive reference, written for an engineer to help them understand biological processes – both to understand what’s happening inside the cell at molecular level and what cells can do when you put them in a bioreactor,” Lee explains.

The desire to use the latest technologies and tools became a hallmark of Bailey’s research; he was not only a pioneer in using recombinant DNA but also nuclear magnetic resonance imaging, flow cytometry, metabolomics and automated DNA sequencing

During the 1980s, genetic engineering was dominated by molecular biologists trying to understand the operations of a standard system. Bailey’s approach was radically different – to him, genes were tools that could be used to design new living systems or improve existing ones. Along with other biochemical engineering pioneers such as Mike Shuler, Greg Stephanopoulos and Danny IC Wang, Bailey transformed the field.

One example of how engineering thinking can be applied to biological systems is Bailey’s work on the biochemical engineering workhorse E.coli and haemoglobin, designed to improve the performance of E.coli bacteria under low-oxygen conditions. “The standard engineer’s reaction might have been to increase the level of oxygen inside the bioreactor. Bailey’s was to modify the organism itself and confer on it characteristics to allow it to grow happily even in low-oxygen conditions. That was a paradigm shift,” explains Lee.

Working with Chaitan Koshla, Bailey isolated the genes coding for a haemoglobin-like molecule that helped another aerobic bacterium, Vitreoscilla, cope with low oxygen levels, and introduced the gene into E.coli. “This was the first time a chemical engineer cloned a gene to confer a new characteristic on a cell,” says Lee. The process has since been used to modify a whole range of different host cells, in applications ranging from improving the protein synthesis in E.coli to antibiotics production in Streptomyces.

While cloning is a commonplace process for chemical engineers today, at the time the haemoglobin research was published (in Nature in 1988), that was very forward thinking.

The desire to use the latest technologies and tools meanwhile became a hallmark of Bailey’s research; he was not only a pioneer in using recombinant DNA but also nuclear magnetic resonance imaging, flow cytometry, metabolomics and automated DNA sequencing to name but a few.

Another key contribution was to define and develop the emerging science of metabolic engineering, which in turn underpins the whole field of bio-engineering – from biorefineries to white biotechnology.

Prokaryotic metabolic engineering refers to the art of optimising the performance of simple cells such as bacteria for the production of desired chemicals.

In the early days of biochemical engineering, researchers would try to boost production of a target molecule by inserting many extra copies of the gene coding for the desired product. This would sometimes work, but not reliably; mainly because the metabolic pathway for the production of the target molecule was not understood.

Likening the cell to a construction site, it’s no use shouting “build me a wall” over and over again if the builders have run out of bricks, or if half the bricks are being diverted to another project.

Bailey used his chemical engineering training to develop mathematical models to better understand these pathways and determine the expected yield of the desired product. This allowed him to pinpoint bottlenecks and other constraints, which could then be removed through genetic engineering.

Writing in Metabolic Engineering, Gregory Stephanopoulos, professor of chemical engineering at MIT, says that Bailey’s interest in improving cellular biocatalysis for industrial processes prompted him to study the behaviour of bioreaction networks in their entirety, analyse metabolic flux and flux control, and rigorously describe the physiology of microorganisms. Bailey’s work consolidated existing research in the area, set the foundations and expanded the research to create a distinct new field – metabolic engineering.

Bailey’s modification of E.coli with haemoglobin genes to help it cope with low oxygen shows how engineering thinking benefits biology

The fruits of his labour are already in use around us. As the use of biological processes in industrial production expands, Bailey’s legacy will only get richer.

For example, reversed beta oxidation – one of the most exciting breakthroughs in bio-engineering announced last year – is based on metabolic engineering. Reversed beta oxidation promises to speed up the production of bio-butanol, an important biofuel, tenfold or more, using far simpler and cheaper feedstocks than was previously possible.

Lead researcher Ramon Gonzales and his team achieved this by studying how cells break down fatty acids into acetyl-CoA – one of the most efficient of all metabolic pathways known – and reversing the process.     The process is much more efficient than natural processes for creating fatty acids. It can be adapted to produce a broad range of molecules using almost any organism so the practical relevance of metabolic engineering is only set to grow.

Other products that could not have been brought to market without metabolic engineering include DuPont’s bio-based 1,3 propanediol – a commodity plastic produced by genetically modified E.coli, and Cargill’s yeast-based lactic acid. “Developing these required all the tools of metabolic engineering – genetic engineering, flux analysis, fine manipulation of metabolic pathways, mathematical modelling and computation,” says Hatzimanikatis.

The fruits of his labour are already in use around us. As the use of biological processes in industrial production expands, Bailey’s legacy will only get richer

Bailey, who lost his life to cancer in 2001, also left a lasting legacy through his students. At each of the universities he worked – Houston, Caltech and ETH in Zurich – he created a tightly-knit family of students. Ten years after his death, those students (and by now their students, too) meet regularly to exchange ideas, network, and of course remember their former mentor.

“Bailey was at the leading edge of a new era of chemical engineering and people continue to feel a very strong sense of community for everything he’s given to his academic family,” says Lee.

His main contribution will remain bringing an engineering approach to biology.

As Lee says: “You can think of a reactor as a vessel full of cells producing penicillin or some other product. Or you can take it a step further, saying that each individual cell is by itself a reactor. Can you optimise this by analysing how much carbon it’s taking in, how much oxygen it’s using, how much product it’s able to produce in a given time?” The answer to those questions transformed the interface between life sciences and chemical engineering.