Paul Héroult and Charles Hall – Turning a Rarity into a Commodity

What’s the most valuable metal in the world? Today, it’s gold, the price of which has soared so much in recent years that it overtook platinum and rhodium as the most expensive metal in the world. Two hundred years ago, it was a metal that today is so cheap it’s become the ultimate disposable commodity: aluminium.

Indeed, when Napoleon III entertained the King of Siam, he impressed guests at the top table with aluminium cutlery, while everybody else had to ‘make do’ with gold.

What happened that turned the world’s most rare and expensive metal into a cheap commodity? The answer: Charles Hall and Paul Héroult.

In the late 19th century, the American Hall and Frenchman Héroult separately developed a commercially-viable process for extracting aluminium. The Hall-Héroult process reduced the price of aluminium by a factor of 200 and transformed the rarity into a commodity. As individuals, its inventors could not have been more different, but once they’d settled a 15-year dispute over the discovery of their process, they came to respect and admire one another. 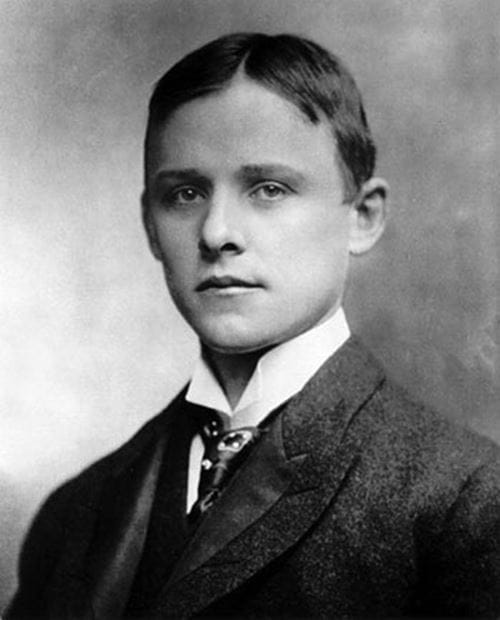 Charles Martin Hall was a serious child. The third son of a reverend, he showed an early interest in chemistry and went on to pursue this interest at Oberlin College in Ohio, US. His mentor was Frank Fanning Jewett, who’d studied chemistry at the University of Göttingen, Germany. There Jewett met Friedrich Wöhler, who in 1827 had been the first to isolate aluminium.

Oberlin emeritus professor Norman Craig wrote in the Journal of Chemical Education (vol 63, 7, p557): “When Hall finally took the chemistry course in 1883–84, he reportedly heard Jewett lecture on the chemistry of aluminium, display his sample of the metal, and predict the fortune that awaited the person who devised an economical method for winning aluminium from its oxide ore. To a fellow student Hall declared his intention to be that person.”

Hall started working on the project straight away, using both Jewett’s laboratory and a converted summer kitchen attached to the back of the family home (later to be dubbed “the immortal woodshed” by Hall’s biographer, Junius Edwards). Working closely with his elder sister and fellow chemistry graduate Julia Brainerd Hall, who kept exact records of her brother’s experiments and also acted as an advisor and sounding board for both science and business aspects of their work, Charles started experimenting.

Aluminium is actually the most abundant metal and the third-most abundant element on Earth, accounting for 8% by weight of the  Earth’s crust. However, it is very reactive and therefore not normally found in elemental form.

Aluminium is actually the most abundant metal and the third-most abundant element on Earth, accounting for 8% by weight of the Earth’s crust. However, it is very reactive and therefore not normally found in elemental form.

To obtain the metal, Hall initially tried reducing aluminium oxide using a variation of the graphite-based processes that had been used successfully to produce iron, but had no success. He then tried to find an inexpensive way of producing anhydrous aluminium chloride which he could then convert into alumina via the Deville process, but again met with failure. The next attempt involved treating cryolite, a naturally-occurring sodium aluminium fluoride, with sodium metal. This did not work either – however, cryolite was to prove crucial to Hall’s ultimate success.

In February 1886, only a few months after graduating, Hall reasoned that if he could find a non-aqueous solvent capable of dissolving aluminium oxide, he might be able to separate out the metallic aluminium using electrolysis. Aqueous solvents were unsuitable because they would always yield aluminium hydroxide. The wonder solvent eventually arrived in the form of molten cryolite, which conveniently has a relatively low melting point of ‘only’ 1,000ºC.

But, as anyone knows, this requires a lot of electricity. Hall used a rack of Bunsen batteries, consisting of a zinc electrode in a 1:10 dilute solution of sulphuric acid and a carbon electrode in concentrated nitric acid. Craig estimates that it would take one pound of zinc to produce one ounce of aluminium this way.

At first, Hall’s attempts to electrolyse the cryolite/aluminium oxide mixture only produced a grey deposit on the negative electrode, and no shiny metal. Hall thought that this might be silica from the clay crucible he was using, and fitted the clay crucible with a graphite liner.

According to a history compiled by aluminium giant Alcoa (the company built on Hall’s innovation) “a direct electric current was passed through the molten cryolite-alumina solution for several hours. When the mixture cooled and was broken up, there were his first small, shining globules of aluminum. The globules from this discovery are referred to as Alcoa’s ‘crown jewels’. It was 23 February 1886. Hall was just 22 years old.”

Preparing the paperwork for the patent took a little bit of time but eventually Hall applied to have his process patented on 9 June 1886. 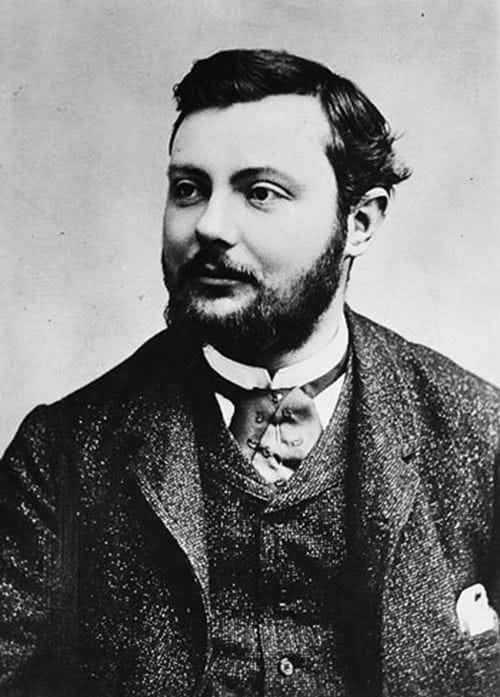 Meanwhile, in France, Paul Louis Toussaint Héroult worked on exactly the same problem. He was just as gifted as Hall, and just as young (both were born in 1863), but in all other ways he was a polar opposite to the introverted and bookish  Hall.

Christian Bickert of the French aluminium company Pechiney said: “Paul Héroult had none of the attributes of the traditional scholar. He was highstrung, unruly, occasionally hard and insolent; he did not fit the image of wise, disciplined men of science. He loved games, the company of women, travels by land and sea; he was a free spirit in an impetuous body. No comparison with the austere scientist, struggling with stubborn mysteries. His discoveries were not the result of long sleepless nights spent in a laboratory, or of complicated scientific demonstrations. Héroult loved life, and could not have borne such restrictions. Instead, his inventions appeared suddenly, out of the blue, a stroke of common sense, or of genius, sometimes during a lively game of billiards, his favourite pastime.”

The son of a tanner, Héroult’s interest in science was whetted by a family friend, a lawyer, who gave the young Héroult access to his vast personal library. Héroult soon became fascinated with science, engineering and inventions – and the mystery of aluminium, through Sainte-Claire Deville’s book Aluminum, its properties, its production and applications.

In 1883, Héroult spent a year at the École de Mines de Paris, where he struck up a friendship with his chemistry professor, who was similarly fascinated with aluminium. However, he left after his first year – he claimed because of lack of discipline. Others suggest that he’d been too obsessed with experimenting on the electrolysis of aluminium to complete his coursework.

Following the death of his father in 1883, Héroult converted the tannery into a laboratory for his experiments, while his mother gave him her life savings to buy a Bréguet dynamo to power his experiments. But success proved elusive at first. It took another three years before Héroult arrived at exactly the same process Hall had: electrolysing a solution of alumina in molten cryolite. The result: a layer of molten aluminium in the bottom of the crucible.

Héroult filed his patent application on 23 April 1886 – two months ahead of Hall.

Hall’s and Héroult’s processes are almost identical; the main differences are that Héroult used larger anodes and cryolite only as the basis, while Hall used smaller anodes and added a small amount of fluorspar to the cryolite.

Unsurprisingly, the two inventors fought lengthy court battles over whose patent came first. Technically, Héroult filed his first, but thanks to the meticulous records kept by his sister, Hall was able to prove that he had made his discovery back in February 1886, ahead of Héroult. Ultimately the two inventors were able to settle their differences. The process became known as the Hall-Héroult process, and the two men became good friends.

Hall’s and Héroult’s processes are almost identical; the main differences are that Héroult used larger anodes and cryolite only as the basis, while Hall used smaller anodes and added a small amount of fluorspar to the cryolite.

Turning the discovery into a successful business was not as easy as one might expect. Hall sought investors and eventually found them in the form of the metallurgist Alfred Hunt, and the Pittsburgh Reduction Company was born. The name turned out to be a bad choice as the company was often confused with a garbage disposal company of a similar name, prompting a name change to Aluminum Company of America (or Alcoa for short). 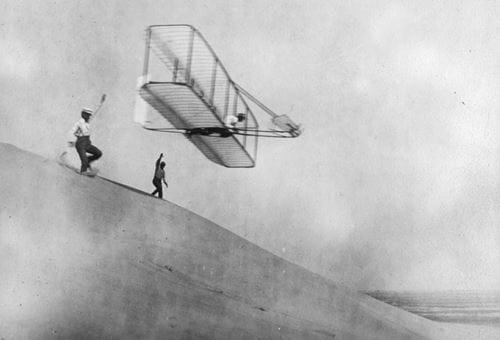 It was not long before the fledgling Alcoa produced 15–25 kg/d of aluminium; but it took a while before the newly-affordable metal found its market. Lightweight kettles were the earliest application, though the new metal’s real breakthrough would come some years later, in the form of the Wright brothers. The engines of the first experimental aeroplanes were made from the exotic new lightweight metal. Meanwhile, economies of scale and improvements to the process drove the price right down, from US$12/lb in 1880 to US$0.30/lb in the early 1900s. At the same time, it made Charles Hall very rich – at the time of his death in 1914, his estate was worth nearly US$30m. Adjusted for inflation, that’s around US$688m today. Unmarried and childless, Hall left the vast majority of his wealth to charity.

The new metal’s real breakthrough came in the form of the Wright brothers: the engines of the first experimental aeroplanes were made from the exotic new lightweight metal.

Across the Atlantic, Héroult had persuaded the Société Electrometallurgique Française to build a production plant using his variation of the process at La Praz. He also worked closely with Carl Josef Bayer, who had developed a new process for the production of alumina.

Héroult’s influence was cemented with his second groundbreaking innovation – the electric-arc steel furnace, which quickly became used around the world.

He died in 1914, the same year as Hall, while sailing his yacht around the Mediterranean. Héroult had suffered ill health after contracting typhoid during an expedition to the US but ignored all appeals to rest and recuperate to throw himself even more into the bon-vivant lifestyle that defined him.

The trans-Atlantic spelling difference has undoubtedly annoyed many, and intrigued others. How did this divergence arise?

The answer, perhaps surprisingly, is that the shortened form used in the US is actually a typo, the source of which is none other than Charles Hall himself. The legend goes that Hall had misspelled the name of his metal on an early leaflet publicising his process. Because the process made the metal so well-known, the erroneous spelling caught on and stayed.

Usher in a New Age