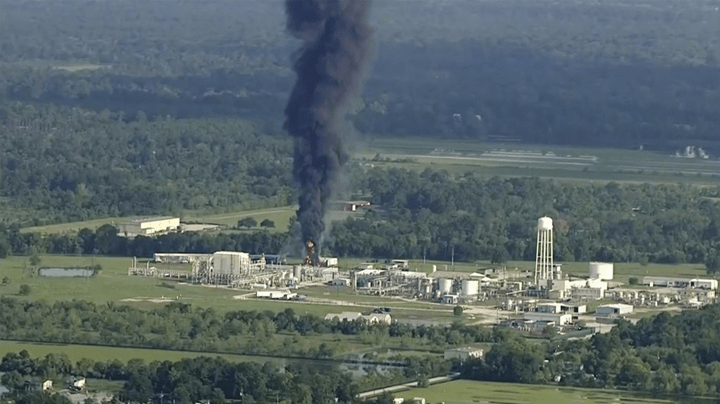 ON 26 August, Hurricane Harvey made landfall in Texas, having already left a trail of destruction in the Caribbean, resulting in numerous refinery and chemical plant shutdowns.

The worst affected was Arkema’s organic peroxide plant in Crosby. Floods caused by the hurricane cut power to the plant, and then flooded the back-up generators, causing the failure of the cooling systems for the organic peroxides, which undergo self-decomposition and catch fire when not kept cool. The plant’s back-up nitrogen-cooled trailers then also failed, causing the organic peroxides to reach dangerous temperatures. One storage trailer caught fire on 31 August, reportedly after two explosions, although Arkema said that the explosions were more likely to be from pressure relief valves. A sheriff’s deputy was taken to hospital for smoke inhalation while 14 other officers also attended hospital. Two more stores later also caught fire.

On 3 September, with temperatures reaching dangerous levels and Arkema saying that further fires were “inevitable”, a controlled ignition of the remaining six trailers was carried out. The Harris County Fire Marshal’s office said in a statement that the controlled burn was ordered to minimise the impacts on the community. It added that the measures taken did not pose any additional risk to those nearby after a 2.4 km exclusion zone had been set up around the plant.

The scene was nothing less than chaos. Police officers were doubled over vomiting, unable to breathe

Arkema is now facing a lawsuit from seven first responders who attended the Crosby incident. The plaintiffs are seeking at least US$1m in damages and accuse the company of gross negligence. Despite multiple warnings of flooding, the plaintiffs say Arkema “never heeded the warnings and ignored the foreseeable consequences of failing to prepare.” They allege the company’s safety managers and engineers failed to prepare back-up refrigeration for the volatile chemicals onsite in the event of an environmental catastrophe.

The plaintiffs, which include police officers and medical personnel say that they “relied upon” statements made by Arkema representatives at press conferences that the chemicals onsite were not toxic or harmful in any manner to people. Those who attended the scene were overcome by the fumes, which they had believed not harmful, resulting in what they allege were “severe bodily injuries”.

“The scene was nothing less than chaos. Police officers were doubled over, vomiting, unable to breathe. Medical personnel, in their attempts to provide assistance to the officers, became overwhelmed and they too began to vomit and gasp for air,” says the court document. The plaintiffs have demanded a trial by jury.

Arkema told the Houston Business Journal that the lawsuit is “gravely mistaken” and that it will “vigorously defend” it.

Arkema was widely criticised for the incident by safety experts. Sam Mannan, at Texas A&M University, told AP that Arkema’s risk management plan for the Crosby site did not address how it would deal with a power or cooling failure or flooding. Furthermore, Trish Kerin, director of the IChemE Safety Centre (ISC) registered surprise that Arkema did not reduce the risk of ignition by diluting the organic peroxides with water or by chemically-neutralising them.