BASF has described how digitalisation is affecting all areas of its business, from product development to safety.

The Ludwigshafen-based company has a successful history of R&D, including the first industrial synthesis of indigo, ammonia and polystyrene. However, yesterday’s press conference was used to demonstrate how cutting-edge digital technologies will strengthen its opportunity to continue to innovate in the future. 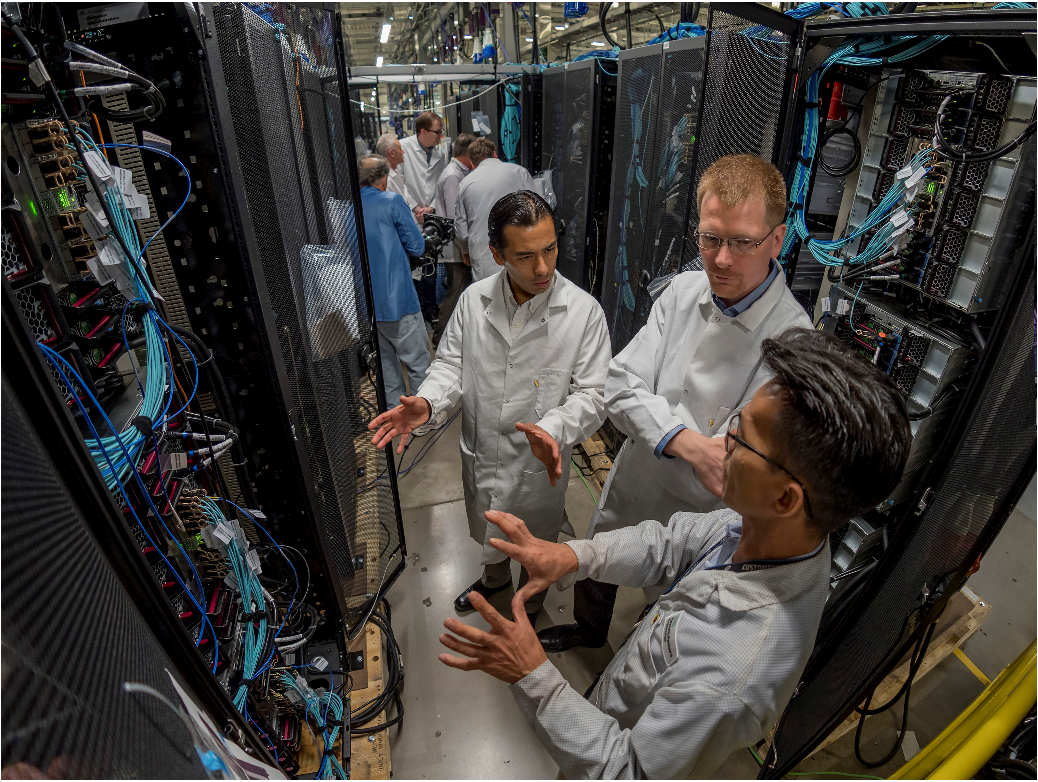 BASF's supercomputer is being transported from Houston, US, to Ludwigshafen

Martin Brudermüller, chief technology officer at BASF, said: “Digitalisation plays an important part in R&D – this is why we are strongly driving it, strategically speaking, into all areas of the company. We want to tap new knowledge areas and leeway for creativity – and most importantly, we want to have new research ideas.”

In 2016, the company spent €1.86bn (US$2.12bn) on 3,000 projects in R&D, employing 10,000 people. From this, it produces more than 300 new products a year, with net sales of €10bn. However, the current research environment is fast-paced, while the shelf-life of innovations is decreasing amid competition from China, academic research and startups.

BASF’s solution was to further develop its innovation approach to safeguard its competitiveness. In reference to the digitalisation term “Industry 4.0”, “BASF 4.0” includes ensuring fast access to integrated clean data, connecting knowledge from inside and outside the company, and accelerating modelling and simulation with supercomputing.

The latter will be helped by the impending arrival of the 65th largest supercomputer in the world. Capable of running at a processing speed of 1.75 petaflops, it increases BASF’s computing power by an order of magnitude. This will allow better experimental modelling and simulation, reducing the time and cost taken to bring innovations to market.

One example presented by Stephan Schenk, team lead of BASF’s high-performance computing and databases, was the scaling up of a fermenter. Simulation helped solve issues such as heat dissipation with minimum risk and number of experiments, by creating a 100,000 L ‘virtual pilot plant’.

Schenk said: “In this particular case…[there was]… no previous knowledge for that particular process in such a scale in BASF. So we tried to do it this way to avoid the really high cost of being the first one to establish such a technology.

“This doesn’t mean that we are only going to do virtual pilot plants, because it’s just a hint of what to do. If it works, it saves years – the message is that it can be done.”

He added that virtual plants could also be used for training purposes in a manner similar to flight simulators, and that he would like to see them incorporated into university courses.

When asked about the effect of digital simulation on process safety, Brudermüller said: “We do a lot of these things where we can supplement classical testing, and where you also find new ideas how you can totally differently run the reaction.

“It has direct impact not only on the safety but also, by understanding safety opportunities and alternatives, how you run a reaction better to really have direct impact to save money on investments. We use these methodologies very intensively already today in upgrading our safety concepts.”

Other uses for digitalisation presented at the conference included using it in decision-making. For example, large data sets can be integrated and interpreted to enable faster catalyst selection. A modelling approach could also be used to achieve results that trial and error can not, such as in developing polymers for complex formulations from 100m potential combinations.

Digital tools were also described, such as providing cloud-based apps to make data more accessible to all researchers in BASF, or to accelerate machine learning approaches that could be used to aid in enzyme engineering.

Agile approaches to incorporate and work with end users were also described, which could help when adapting development. One such example of this was organising ‘hackathons’ to create groups with consumers that spend a day working on a concrete question to produce software code that can then be tested.

The extent of consumer interaction possible through digitalisation was described by the development of smartphone apps for farmers. The apps include advice on how weather conditions, for example, could affect best practice for farms, and a tool being developed to identify diseases in crops by taking a simple photograph. In terms of commercialisation, it was suggested that the apps could be made available following a minimum order of BASF fertilisers.