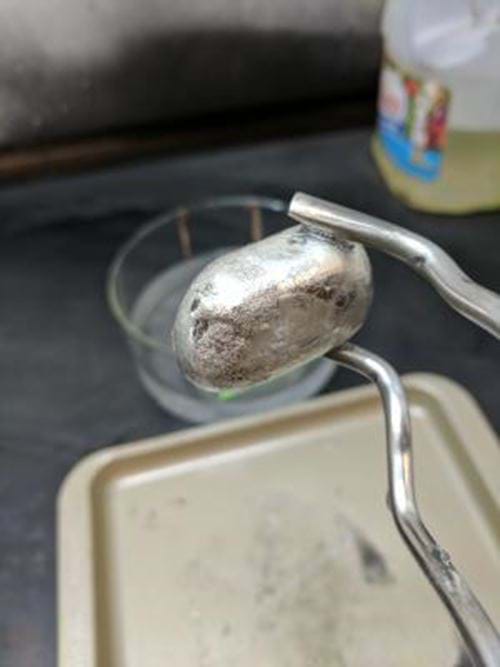 A SPINOUT from the University of Colorado Boulder (CU-Boulder) has developed a process to extract magnesium from its ore that uses 60% less energy and emits 70% less carbon than the conventional process.

Since the mid-1990s, magnesium use has trebled, and is expected to double again over the coming years, partly due to demand for portable electronics, medical devices and automotive lightweighting. The Pidgeon process, which uses silicon to reduce magnesia, is used to produce around 85% of the world’s magnesium. It is very energy intensive, requiring 80 kWh of energy to produce 1 kg of magnesium at temperatures of up to 1,200oC. It is a two-step process, first requiring reduction of silica into silicon using carbon, before the silicon is then used to make the magnesium. Aaron Palumbo, a recent graduate from CU-Boulder’s chemical and biological engineering department, now working for the spinout Big Blue Technologies, told The Chemical Engineer that the new process, which uses carbon directly in one step, requires just 30 kWh/kg of energy.

In Big Blue Technologies’ process, the magnesium ore is heated to temperatures of 1,200–2,000oC with carbon. The carbon reacts with the oxygen in the ore to form CO, leaving magnesium metal, which is produced as a vapour at these temperatures. This part of the process was in fact developed in the 1940s, but metal yields are often low, as the CO produced has a tendency to re-oxidise the magnesium.

The CU-Boulder team’s breakthrough came in working out how to condense the magnesium vapour without it re-oxidising. The team built a number of reactors to better understand what was happening. They found that if the magnesium deposits in large bulk films at temperatures just below its melting point, rather than in one of its crystalline forms, it is more resistant to oxidation from CO. Further tests, however, showed that this form was still prone to oxidation from CO2. Palumbo explained that the team found that CO2 was being produced during the process from a reaction known as the Boudouard reaction, in which CO reacts with itself to make CO2 and carbon. This meant that while the process worked in small batch processes, it could not be scaled up.

Their final system uses moving bed reactor technology. The magnesium vapour condenses onto a moving bed of media which absorbs the heat and carries the condensed magnesium away from the atmosphere containing CO and CO2. The reactor has excess carbon to mitigate the problem of CO2 production and works at low pressure, which further minimises the Boudouard reaction.

Palumbo said that the main benefits of the process are that it uses raw materials that are an order of magnitude cheaper than the Pidgeon process, the process has the lowest energy requirements of all magnesium production processes. Being continuous, he added, the process is: “an unprecedented advance of metals smelting, leading towards significant improvements in energy efficiency, minimised equipment sizing and reduced capital costs.”

The initial research was funded through a US$2.6m grant from the Advanced Research Projects Agency-Energy (ARPA-E), a division of the US Department of Energy, but the company has now raised almost US$500,000 from financial partners to commercialise the process.

“In our economic projections, if you built a plant in the US, with current energy prices and fair, first-world labour wages and benefits, we could still produce magnesium cheaper than Chinese product,” Palumbo said. “The US can only begin to bring back manufacturing jobs if there is abundant access to cheap raw materials and if we continue to lead in innovative developments for process technology.”

Green steel process given go ahead for testing at pilot scale