NOVEL research has demonstrated that metal-organic frameworks (MOFs), commonly produced as fine powders, can retain their porous properties in a liquid and glass state.

This would make the unique class of materials easier to handle and use in applications such as industrial liquid gas separation, according to a team of French, UK, and US researchers, which has published its results in Nature Materials.

MOFs are an exciting class of emerging materials capable of trapping or transporting molecules within a crystalline structure. They have changed the way porous materials are perceived, and have a large number of potential applications, including gas storage, catalysis and ion transport.

Typically, despite their rich chemistry and versatile geometries, they are still seen as rigid, perfect, crystalline frameworks. Recent studies, however, have opened the way to “defective by design”, disordered MOFs, which exist as amorphous solids and gels.

Now, a team has used experimental and computational techniques to provide the first firm evidence and characterisation of non-crystalline, liquid MOFs – and told The Chemical Engineer about its work.

“This is the first report of a liquid MOF state, which will hopefully go some way to diversifying the MOF field, and moving forwards and into the amorphous domain,” said Thomas Bennett from the University of Cambridge. “I think its main importance is two-fold: firstly in inspiring researchers, and particularly early career researchers, to think outside the box, and secondly in bringing together the MOF fields with those of ionic liquids and glasses.” 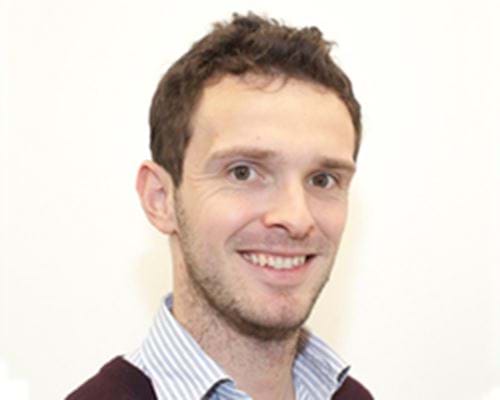 In 2015, Bennett reported that a type of MOF made from a combination of zinc and imidazolate ions, called a zeolitic imidazolate framework, formed a “melt-quenched glass” when heated to almost 600˚C.

The team repeated this at Chimie ParisTech in France, and then collected neutron and x-ray diffraction data at the UK’s ISIS neutron and muon source and diamond synchrotron facilities. The collected data was then compared to computational simulations.

François-Xavier Coudert, a researcher at Chimie ParisTech, said that they discovered several interesting features in their results. For instance, they found out that the chemical nature of the liquid was in fact very similar to the crystal form, except with a lot more atomic motion and exchange between metals and linkers. “The liquid retains most of the porosity of its parent crystalline phase, a very surprising — and rare — feature,” he said.

The liquid retains most of the porosity of its parent crystalline phase, a very surprising — and rare — feature.

Porous liquids could, he said, offer practical advantages for liquid gas separation at an industrial level. This is because they are better suited for use in separation processes that currently work in the liquid phase, and for which engineering is already optimised.

Coudert predicted that liquid MOFs can be applied in a range of settings, and can be obtained for other materials. They could then be embedded into solid matrices, such as mixed matrix membranes, deposited as thin films on a support, or even cast into desirable shapes.

“Liquid MOFs also [have] value as an intermediary to obtain MOF glasses, allowing for shaping and casting – with resulting macroscopic architectures that have mechanical properties superior to crystalline powders, and are a lot more convenient to work with in practical applications and devices,” he said.

The team’s work is a first step in this entirely new field, Coudert acknowledged, and so the prospect of commercialisation in actual products and devices is long-term.

“However, the MOFs we are using for melting are already commercialised as crystalline solids, so producing a liquid now that the “recipe” is published can be done at the lab scale relatively easily. Scaling this up, however, will be a big challenge,” Coudert said.

He believes that this initial study on liquid MOFs opens several questions of a fundamental nature, to better understand whether and how the melting of different MOF crystals, with either different chemical composition or different pore space geometry, can lead to different liquid and glass properties.

Bennett said that they will continue the experimental-computational collaboration, and he hopes to be presenting many more different and interesting MOF materials to the community in the near future. “For me, the honest, and exciting, truth is that we just don’t know enough about this. Both thermal decomposition and melting points can be altered, or different methods used to produce the liquid state – which will be important in generalising this phenomenon,” he said.

The research group involved scientists from Air Liquide and Chimie ParisTech in France, the University of Cambridge and ISIS facility in the UK, and Argonne National Laboratory, US.

Bennett is currently seeking a PhD candidate to help take his work forward, which has a deadline of 15 December, and can be applied for here.