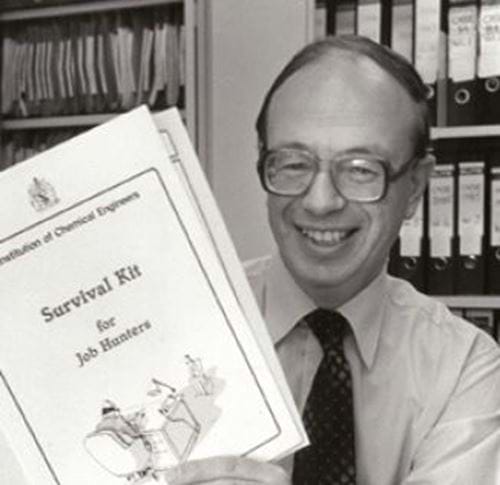 BORN in Exeter, UK and first in his family to attend university, John graduated in chemical engineering from Imperial College London in 1955.

A career at BP followed, working at the Isle of Grain Refinery and Grangemouth Hydrocracking Plant, culminating as a manager at its Sunbury Research Centre.

John was awarded the Bone-Wheeler Medal by the Institute of Energy in 1966 for the most promising chemical engineer under 30 years of age. He wrote a number of successful technical patents relating to desulphurisation and de-aromatisation of refinery distillates.

However, his passion was in promoting chemical engineering in schools and universities, prompted by the opportunities others gave to him years before.

He forged many close ties with universities in the UK and abroad in both research and in the recruitment of young promising engineers. He noted a disconnect between the professional bodies and societies, academia and industry, and was keen for there to be an improvement in dialogue and more joint projects. Nowadays it is a concept that we recognise as being the norm, however at the time it was forward thinking. After leaving BP, John continued his involvement in the “society-university-industry triangle”, as he referred to it, and named his consultancy after this concept – SUIT Liaison.

His experience of meeting and interviewing young engineers at universities highlighted the need for improving the preparedness and
communication skills of students for job and placement interviews. Universities at the time prepared students with high academic knowledge for their careers in industry, but many were not able to present themselves in the best manner when applying for positions. John developed the Survival Guide for Job Hunters to help students achieve their potential, for which he received the 1985 IChemE Council Medal, of which he was very proud. John was an elected member of Council from 1986 to 1989.

He retired in 1987, and enjoyed his large garden and travelling with his wife Patricia. They were married for 54 years, and have two children (both chemical engineers!) and four grandchildren.

John suffered a heart attack while on holiday in Spain in October. He died on 15 October 2016, aged 82.