IRELAND has passed a private member’s bill that bans onshore hydraulic fracturing, making it the fourth European country to do so.

The bill, entitled The Petroleum and Other Minerals Development (Prohibition of Onshore Hydraulic Fracturing) Bill 2016, was signed into law last week by President Michael Higgins and means that Ireland joins France, Germany and Bulgaria in banning the practice onshore. 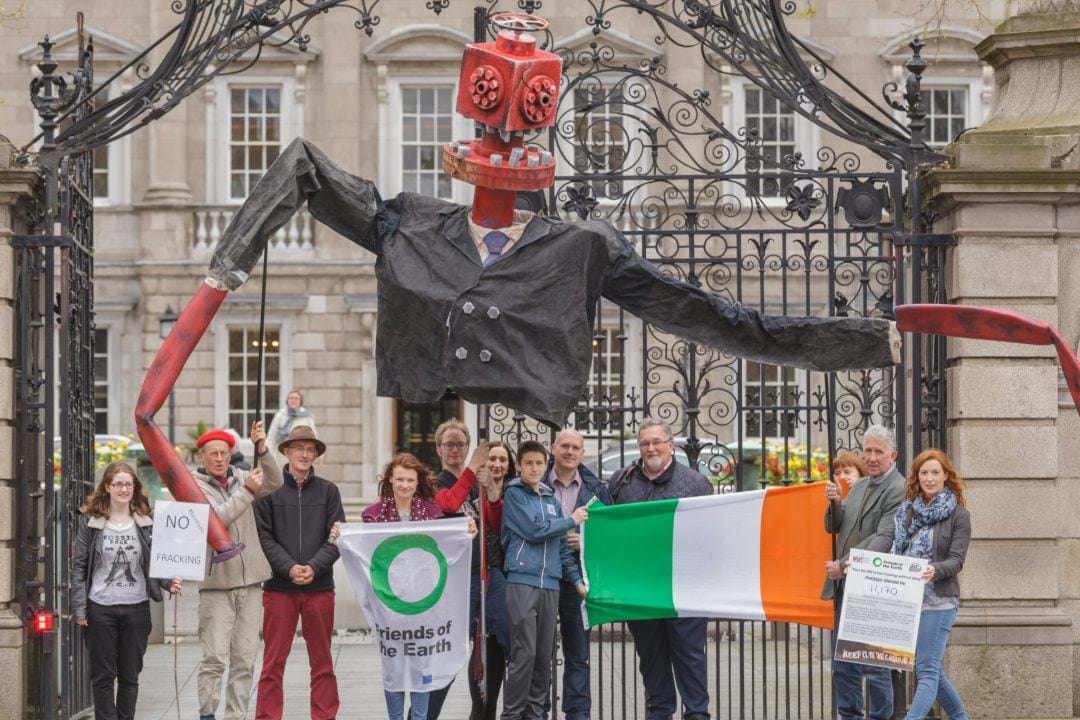 A protest organised by environmental group Friends of the Earth

Fracking is the process of extracting gas from shale rock using a high-pressure mix of water, sand and chemicals to create openings so that the gas can flow and be collected. The process is controversial due to fears that it can damage the environment and contaminate groundwater, or result in methane gas being released.

It is the first private members' bill to be passed by both Irish parliamentary houses during the lifetime of their minority government, and was introduced in 2016 by Sligo-Leitrim TD, Tony McLoughlin.

McLoughlin said: “It could not be clearer that it is a very necessary law that has been heavily scrutinised and continually improved.

“The scientific evidence overwhelmingly shows that permitting fracking in Ireland and Northern Ireland would pose significant threats to the air, water and the health and safety of individuals and communities here.”

The environmental group Friends of the Earth Ireland helped to spearhead the anti-fracking campaign. Its deputy director, Kate Ruddock, said: “This ban is a great victory for the local campaigners who have mobilised and educated themselves, their communities and their elected representatives on the threat fracking poses to local water, regional employment and global climate.”