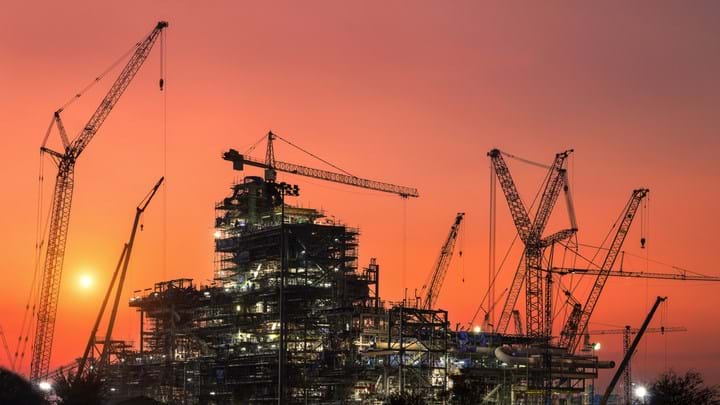 HUSKY Energy has received the required permit approvals to move forward with its more than US$400m rebuild of its refinery in Superior, Wisconsin, US. Work is to begin immediately.

In April 2018, there was an explosion at the integrated energy company’s Superior Refinery which reportedly injured  at least 15 people, one of whom was seriously hurt. According to the US Chemical Safety Board (CSB), the explosion may have been caused by a deteriorated valve. The demolition of equipment damaged in the fire is now largely complete.

In addition to the expected investment towards the rebuild, most of which will be funded through insurance proceeds, the company will additionally invest in modifications and safety enhancements for the facility.

The modernised refinery will feature best available control technology, which incorporates advances in technology and efficiencies from across the industry. The facility will also be more energy efficient, in full compliance with federal, state, and local regulations.

Continued use of hydrofluoric acid (HF) is part of Husky’s rebuild plans. HF is a highly-toxic chemical used as a catalysing agent in refinery alkylation processes. It is used in about one-third of US refineries. Though the explosion in April didn’t result an HF leak and all the safeguards worked as designed, the Twin Ports Action Alliance called for Husky to stop using it. Furthermore, earlier this year, the CSB called for the US Environmental Protection Agency to review and update its 1993 study of hydrofluoric acid (HF) to improve safety.

Safer alternatives to HF exist and Husky considered the use of sulfuric acid and Isoalky technology, but concluded they introduced significant risks for the refinery or were not commercially viable.

Chevron’s Isoalky technology, licensed by Honeywell UOP, uses an ionic liquid for alkylation. In 2017, Chevron broke ground on a retrofit to convert the HF alkylation unit at its refinery in Salt Lake City, Utah, US to Isoalky. The unit is expected to be operational in 2020. Husky says it will continue to monitor and evaluate the progress of this technology over the longer term.

Husky is to implement additional HF safety measures at the Superior Refinery as part of the rebuild. The measures include a rapid acid transport system that can be activated in the event of a leak and quickly transfer HF to an independent secure holding tank; additional layers of water mitigation – water spray systems can be used to knock HF vapour to the ground and prevent it from affecting surrounding communities; and, enhanced leak detection.

The work to prepare for the installation of the additional safety features at the refinery’s alkylation unit which houses HF, and to enable construction to proceed as safely as possible, includes the neutralisation of HF currently stored at the refinery. The HF will be mixed with potassium hydroxide and water to produce potassium fluoride salt and water.

The Superior Refinery has about 200 employees and works with numerous contractors and suppliers in the region.

Construction is expected to create more than 350 jobs at its peak. Husky says it will employ local contractors and services in the rebuild, whenever possible.

The rebuild of the Superior Refinery will take place over the next two years, with a return to full operations expected in 2021.

Rob Peabody, CEO and President of Husky, said: “Our continued investment in this refinery and the community will support the Superior-Duluth regional economy through jobs, procurement, taxes and essential energy products for years to come.”

“The Superior Refinery is an integral part of Husky’s Integrated Corridor business, which maximises margin capture across the value chain.”

The Superior Refinery is the first US refinery along the Enbridge mainline system coming in from Canada. This puts it in an ideal location for crude oil supply optionality. About 3m bbl/d of crude oil flows past the gate to the refinery, which is an important producer of gasoline, diesel, and asphalt in the attractive upper US Midwest market. Once rebuilt the refinery will allow Husky to better take advantage of these things.