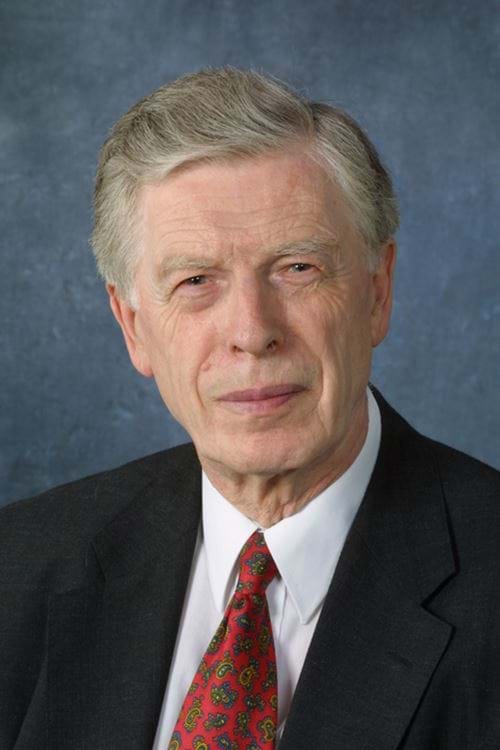 Geoff was a pioneer in the field of multiphase flow systems and his achievements in industry and academia are unparalleled. He was a Fellow of IChemE, the Royal Society, and the Royal Academy of Engineering, and served as President of IChemE from 1989–1990.

Geoff received his PhD from the University of Manchester Institute of Science and Technology (UMIST) in 1957, having been motivated by his father to study chemical engineering. After completing his degree, he worked for the UK Atomic Energy Authority at Harwell, one of Europe’s largest atomic energy research laboratories, as Appointed Division Head and later as Founder and Head of Heat Transfer & Fluid Flow Service.

He was a global leader in his field, and those of us fortunate to work with him encountered a passionate, dedicated, thoughtful and kind teacher and researcher who leaves an incredible legacy to the Department and the profession. He was tremendously popular with students and staff alike; he had time for everyone and his positive attitude and enthusiasm would light up a room.

Geoff’s research into multi-phase flow systems, with a particular focus on channel flow and heat transfer, leaves a lasting legacy, and has made Imperial’s name synonymous with the gold standard in this area.

In 1996 he founded the Imperial-led Transient Multiphase Flows (TMF) programme, one of only two enduring joint industry programmes worldwide. His work continues to be used in calculations needed in hydrocarbon extraction systems design and thermal power plants, and in the production of chemical machinery, such as separators and heat-exchange units. In addition to the numerous papers and books he published, Geoff also delivered lectures around the world and carried out extensive consultancy work.

Many awards and honours have marked his career, including the prestigious MM Sharma Medal, awarded by IChemE in 2017 for “significant contributions to chemical engineering research and practice over a period of 60 years”. This was preceded by the Global Energy Prize in 2007, an international award for outstanding scientific research and technological development in energy.

Other accolades include the Imperial College Medal (2016), and the Max Jacob Memorial Award (1995) from the American Society of Mechanical Engineers (ASME). He received honorary degrees from the University of Louvain (1988), and Heriot Watt University (1995), and was a Foreign Member of the National Academy of Engineering in the US.

Reflecting on Geoff’s career, Omar Matar, a former colleague and close friend, said: “He leaves behind a body of work which most people can only dream of both in terms of volume and impact, and a large number of students and postdocs who worshipped him and will be forever grateful for the honour to have worked with him.”

He is survived by his daughters Alison and Karen.