Coronavirus: the push to produce a vaccine 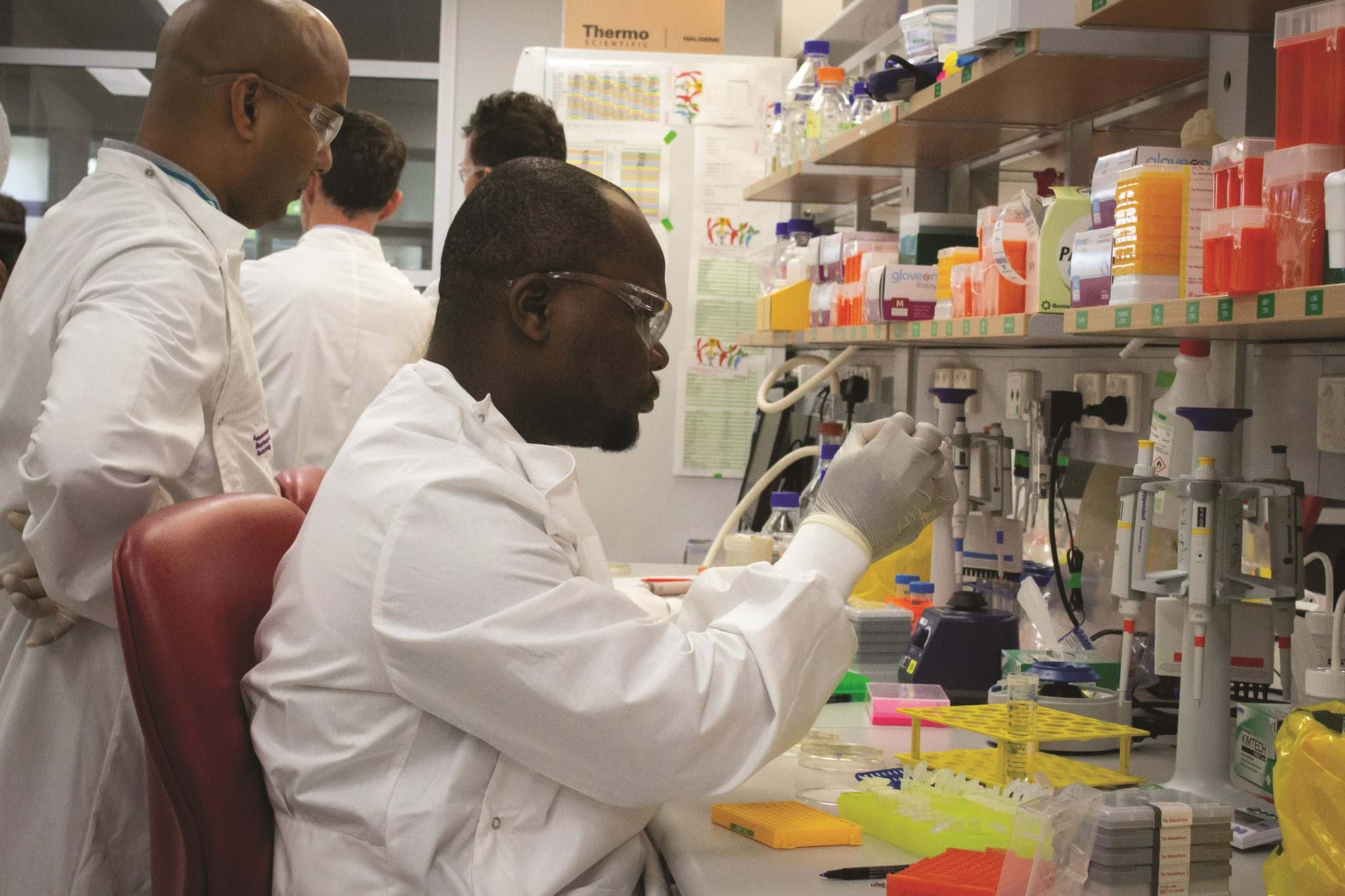 As authorities seeks to contain the outbreak, efforts are underway to develop and manufacture treatments

WITH more than 75,000 cases of novel coronavirus (COVID-19) infection having killed more than 2,000 people in 26 countries, a race is underway to both contain it and develop a vaccine.

The World Health Organization (WHO) said on 18 February that it could take around 16 weeks to identify a candidate vaccine for the disease, which attacks the respiratory system. From here, any vaccine would be subject to the inherent lags necessary to test that it is safe for human use, gain regulatory approval for widespread use, and begin large-scale manufacture.

WHO Director General Tedros Adhanom Ghebreyesus said “it could take 12-18 months” before a vaccine is available.

WHO is working with major donors to invest in vaccine development, including private foundations and the Coalition for Epidemic Preparedness Innovation (CEPI). CEPI was set up in 2017 following the tragic spread of Ebola in west Africa, to help finance and coordinate the development of new vaccines for epidemic outbreaks.

CEPI has established a portfolio of COVID-19 vaccine candidates through four R&D programmes it is funding in partnership with Inovio, the University of Queensland, Moderna, and CureVac. These include promising nucleic acid technologies that deliver genes into the body to retool human cells to produce an immune response.

Larger pharmaceutical companies have offered help with more established technologies, including GSK, which has agreed to make its adjuvant platform available to CEPI. Adjuvants are used in vaccines to boost immune response.

Meanwhile Johnson & Johnson, through its Janssen pharmaceutical company, is helping to screen anti-viral therapies that would relieve the effects of infection in the short -term. It is also offering its AdVac and PER.C6 technologies so that a vaccine can be produced to provide immunity. These technologies use bioreactors of suspended human cells to produce viral vectors that would contain the antigens of COVID-19. When these are injected into the body, they safely mimic the virus, priming the immune system so it’s ready to fight the real COVID-19 virus if the person later becomes infected.

Johnson & Johnson says its technologies provide the ability to rapidly upscale production, noting the same techniques are used in the manufacture of Janssen’s Ebola vaccine and candidates for Zika and HIV.

The company’s Chief Scientific Officer Paul Stoffels said its cost-sharing partnership with the US government on COVID-19 underscores the importance of public-private partnerships for tackling epidemics.

“We are also in discussions with other partners, that if we have a vaccine candidate with potential, we aim to make it accessible to China and other parts of the world.”

For insight on what large-scale vaccine production looks like, we spoke to the executive team developing the UK’s Vaccines Manufacturing Innovation Centre, near Oxford.

“I’ll use the example of viral vectors as a way of producing vaccines quickly,” said CEO Matthew Duchars.

“Once the virus has been identified, sequenced, and the surface antigen that needs expressing has been selected, it takes just days to incorporate them into the viral vector”.

“Viral vectored vaccines are produced from viruses that have been made safe and then repurposed to express the antigen of interest. These viruses are then manufactured in cell cultures. This is where cells are grown in bioreactors (often a fermentation vessel) to a cell density and volume that is sufficient to make the number of required doses.”

A typical process would be around 1,000 L and takes two to four weeks to grow enough cells, Duchars explains. The rate of growth of the cells is often the bottleneck for this type of batch process.

Once sufficient cells have been made, a viral seed is then introduced to infect the cells, which allows each cell to become a ‘mini-factory’ to produce virus. These cells are later broken open – or lysed as it’s known.

“Lysing the cultures can be done through a physical mechanism like homogenisation or you can use chemical methods like detergent, that causes the cells to burst… that basically leaves the virus behind. Then you have to purify the virus away from the cell debris.”

“This can consist of physical methods like filtration, to remove cell walls, through to chromatographic techniques including the likes of ion exchange
chromatography resins that bind and then use salt gradients to elute the protein or virus of interest.”

Duchars says it’s reasonable to expect a 1,000 L process to produce 1m doses. Though he does warn that the yield can vary and timings can be hampered by how efficiently the purification techniques separate out the desired virus from other impurities such as proteins produced by the lysed cells.

“These processes can be pretty intensive…but the caveat is it does come down to yield. Not all processes have great yields. Sometimes the yield is ten-fold or even one-hundred-fold less than that, whereas in some cases it could be ten-fold more.”

Duchars says production could go from standing start to producing a large number of doses in around 6-10 weeks, however, this does not include the time taken to meet the expectations of regulators by analysing the product, and ensuring it is pure, safe and efficacious.

“Those types of methods are quite intricate to develop. They are often technically challenging and can take a lot longer to develop, than developing the vaccine itself. That is one of the challenges to being able to respond rapidly to these outbreaks.”

He adds that the supply chain can be another key factor in speed of response. For example, an outbreak could result in closed borders, which in turn can prevent feedstocks, equipment and syringes reaching manufacturers.

“Advanced planning and preparedness is critically important to ensure a manufacturer is in a position to respond to an outbreak. That is part of what VMIC is there to do.”

The centre is currently in the final stages of detailed design and once operational in 2022 will help companies develop novel manufacturing processes and provide emergency capability and production capacity during infectious outbreaks.

VMIC COO Chris Lucas is a chemical engineer with experience developing new manufacturing plants. Asked what short-term developments he expects will help improve future responses to outbreaks he pointed to semi-continuous and continuous manufacturing processes being developed by the likes of Pall and Univercells.

On what individual process engineers could do, Lucas noted that the high margins on pharmaceuticals, along with regulations that effectively prevent manufacturers from changing process design have stalled the sorts of operational improvements that process engineers typically carry out in other sectors.

“By the time process engineers have got involved the process is fixed. So when you say ‘Let’s not do batch tangential flow filtration’ or ‘Let’s not do a batch chromatography – let’s make it continuous because that’s what the kit is designed for’ it’s always too late.”

He admits he has been frustrated by opportunities not being taken to improve operations, though notes that regulators are showing more flexibility with operating companies. And in turn, operating companies are taking on board systems thinking approaches that help drive operational improvements.

“Things are developing. As the world gets more focussed on environmental forces it’s going to drive those changes.”

“I think the big influence process engineers can make in vaccines production is from within the equipment suppliers because they are developing the equipment and thinking how it’s joined up.”

Whereas manufacturers in the past would have to go to one company for filtration and another for reactors and so on, suppliers are now offering
integrated solutions.

“Process engineers can help with that integration of equipment supply. We will then have cheaper capital cost of facilities, cheaper operational costs, and less supplier interfaces.”

“Process engineering in this field is still relatively young compared to standard small molecules and oil and gas. It’s a very interesting and challenging area for process engineers.”