Martin Pitt looks at the origins of the pharmaceutical industry

IN 1822 it was believed that organic chemicals had some special property and could only be produced from living processes. However, in 1846 Friedrich Wöhler discovered that urea, the characteristic compound in urine, could be made from two inorganic compounds – ammonium chloride and silver cyanate. He wrote to his friend Jacob Berzelius: “I must tell you that I can make urea without the use of kidneys, either man or dog!”

So organic chemistry became just chemistry. This meant that, in principle, drugs obtained from plants might be made from other compounds, such as the variety now being produced from coal tar.

Coal tar was produced as a byproduct of making coke – the clean high temperature fuel essential to steel and other industries – and gas for the wonderful gas lights appearing in the houses and streets of the better off. Industry was actually looking for uses for the various chemicals in it.

Circa 1850, the discovery that coal tar (a byproduct of coke) could be used as the main ingredient in synthetic dyes engendered an entire industry
1809 cartoon showing reactions to the new invention of gas-burning street lights which used coal gas, which coal tar was also a byproduct of

An important drug was quinine, used for the treatment of malaria. It contains an aromatic ring structure and nitrogen, as does aniline, a coal tar product. In 1856 student Henry Perkin tried to join together aniline and other compounds together by oxidation, but failed and got a black solid. This proved difficult to wash away, not being very soluble and giving a purple colour that went on and on.

He cleverly realised that these were the sort of properties that made a dye, and in turn made a fortune with the first synthetic dye – mauveine. Purple was quite a rare colour, so a good start, especially when Queen Victoria had a dress dyed with it! But soon a whole range of aniline dyes were produced, and others too. In order to protect their product, manufacturers sometimes gave them chemically misleading names. So cresol blue 1,4 for example, might not involve cresol and be 2,5 substituted; though it would be blue!

Dyes created the organic chemicals industry and associated chemical understanding, but also led to something else. 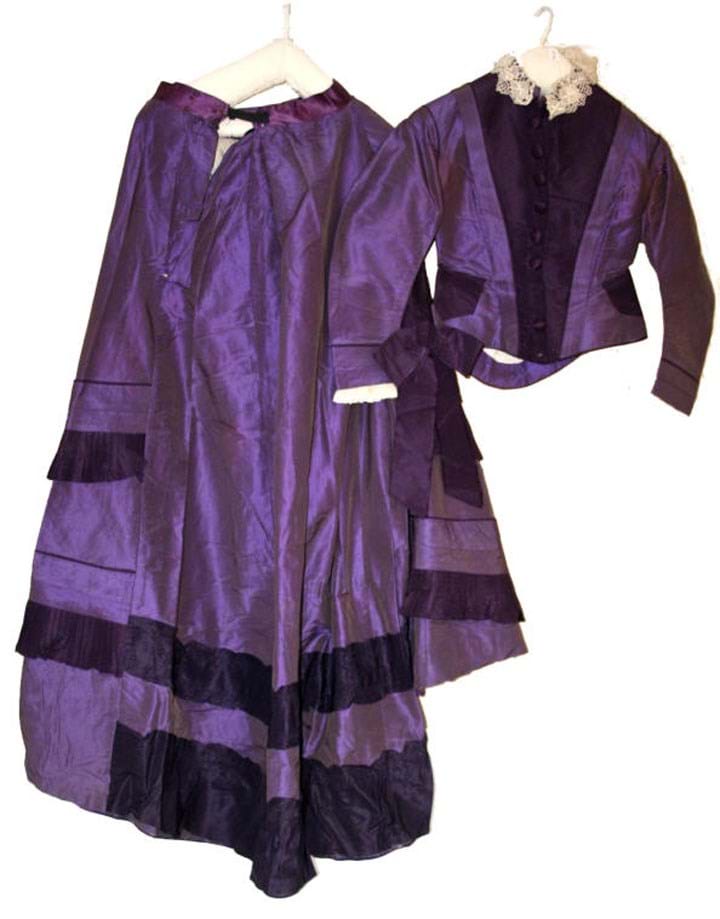 People handling dyes often got bits of their body coloured as they adhered to tissue. This gave medical scientists the idea of using them to stain microscope specimens to see the structures better. This has since developed into a major technique to show up different physical and chemical features of cells.

Medical student Paul Ehrlich – who had become quite good at staining – thought if the dyes bind to bits of cells this might not do the organism any good. Originally Perkin’s idea, Ehrlich showed that injecting methylene blue would in fact cure malaria by binding to the nasty parasite. It was, however, not effective orally so did not replace quinine. He therefore invented the whole technique of targeting drugs to the disease organism based on the chemical affinity, which was hailed as a magic bullet. It was not necessary to copy a natural substance, only to create molecules which would bind to some part of the organism by chemistry. If you could find chemical groups that the microorganism has on a surface, but mammalian cells do not, then it would be safe for people.

He developed the first safe and effective drug for syphilis, which became the most widely-prescribed drug in the world until the production of penicillin. For his many accomplishments he received the Nobel prize in medicine in 1909. 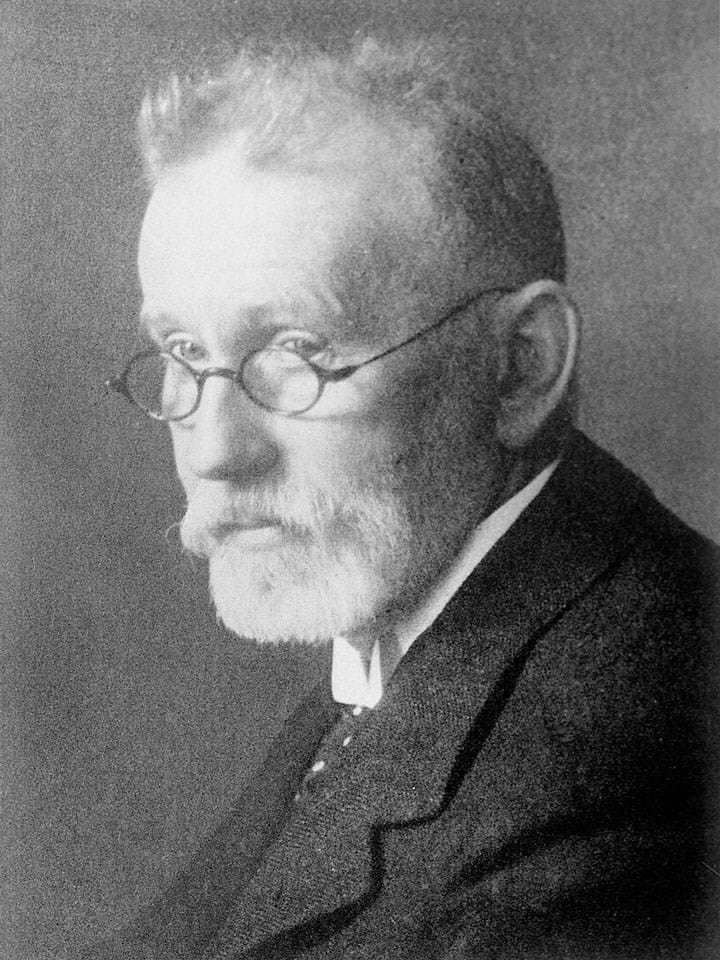 Public domain/Wikipedia
Paul Ehrlich invented the precursor to Gram staining bacteria, a cure for syphilis and the ‘magic bullet’ concept

He developed the first safe and effective drug for syphilis, which became the most widely-prescribed drug in the world until the production of penicillin

A purple dye called gentian violet (after a flower called gentian) was used in a mixture by Ehrlich for staining and was marketed as an antiseptic – ie for surface use, not to be swallowed – by Merck. It became the standard treatment for itchy parts and sore mouths for much of the 20th Century. It was bacteriostatic rather than bactericidal but at least you could see the patient had been treated. It was also used in Gram’s test to divide bacteria into two classes: Gram positive and Gram negative, which is still used today to identify infections and the best antibiotic to use. 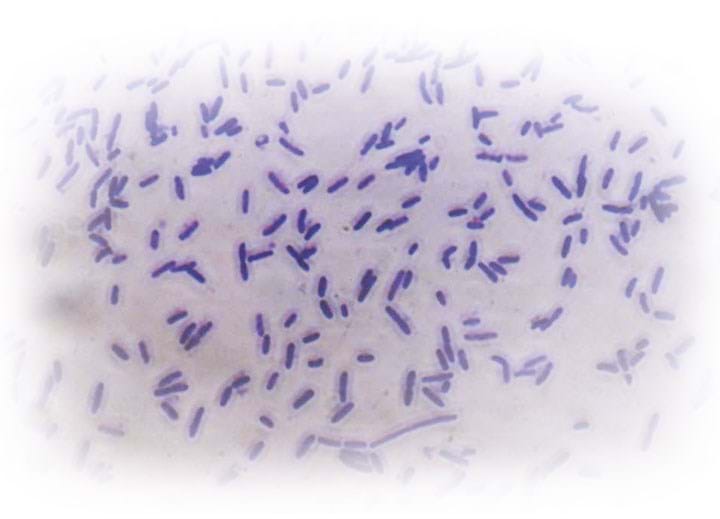 Gerhard Domagk followed on Ehrlich’s work, testing hundreds of dyes and in 1932 eventually found one that worked – a red aniline dye that inhibited bacterial infections in mice, which was promptly patented by his employer, Bayer. Unfortunately, the active agent proved to be a product of the breakdown of Bayer’s dye, sulfanilamide. This was not coloured, but had been patented in 1909, and subsequently expired, so a free-for-all ensued with hundreds of companies producing variations of what were called sulfa drugs. As a wide-spectrum antibiotic powder applied to wounds, they saved many lives in the Second World War. Domagk had the satisfaction of saving his own daughter’s life with his discovery and was awarded the Nobel Prize in 1939. Unfortunately the Nazis made a law that Germans could not receive it, and he never got the prize money. 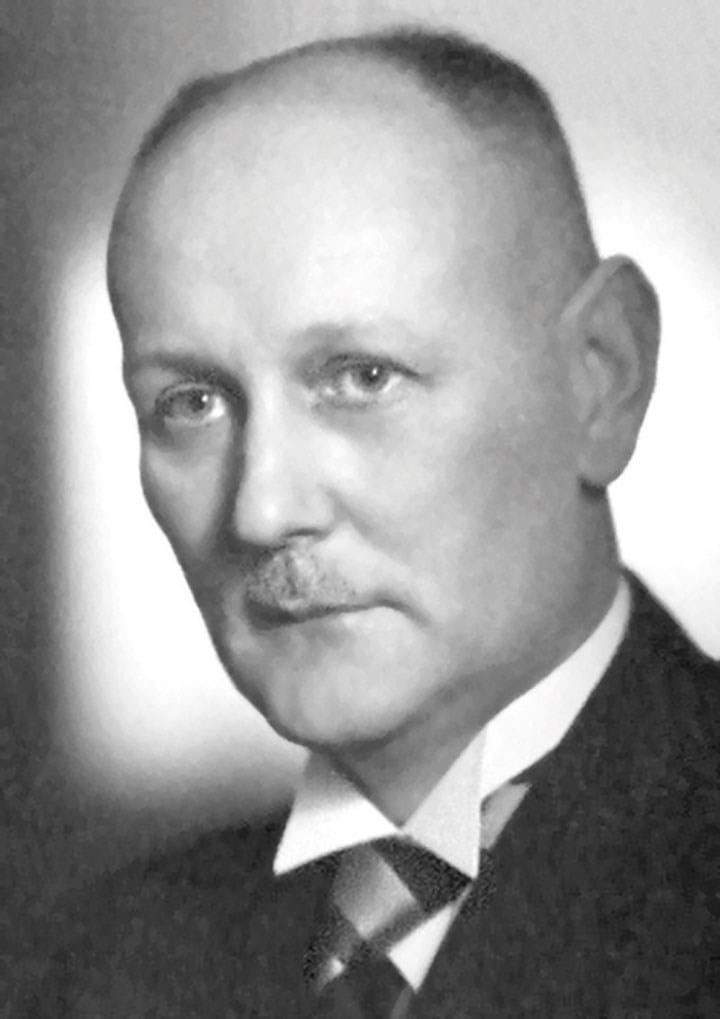 Public domain/Wikipedia
Gerard Domagk discovered sulfonamidochrysoidine, the first commercially-available antibiotic, for which he received the 1939 Nobel Prize in Physiology or Medicine

There is a very good reason why pharmacists are called chemists in Britain. In the past, they did not just dispense medicine, they actually made it. They kept stocks of basic materials called “simples” – mainly plant extracts and minerals – which could be stored. They then presented these dispersed in a liquid or solid at an appropriate dose. Occasionally, reactions were used to prepare substances which would not keep or to make them soluble, eg treating with acid or alkali. Mixtures of medicines were potions.

Coloured materials were good for marketing. In the 20th Century pharmacies commonly had fancy bottles with coloured liquids in the window to indicate the profession. 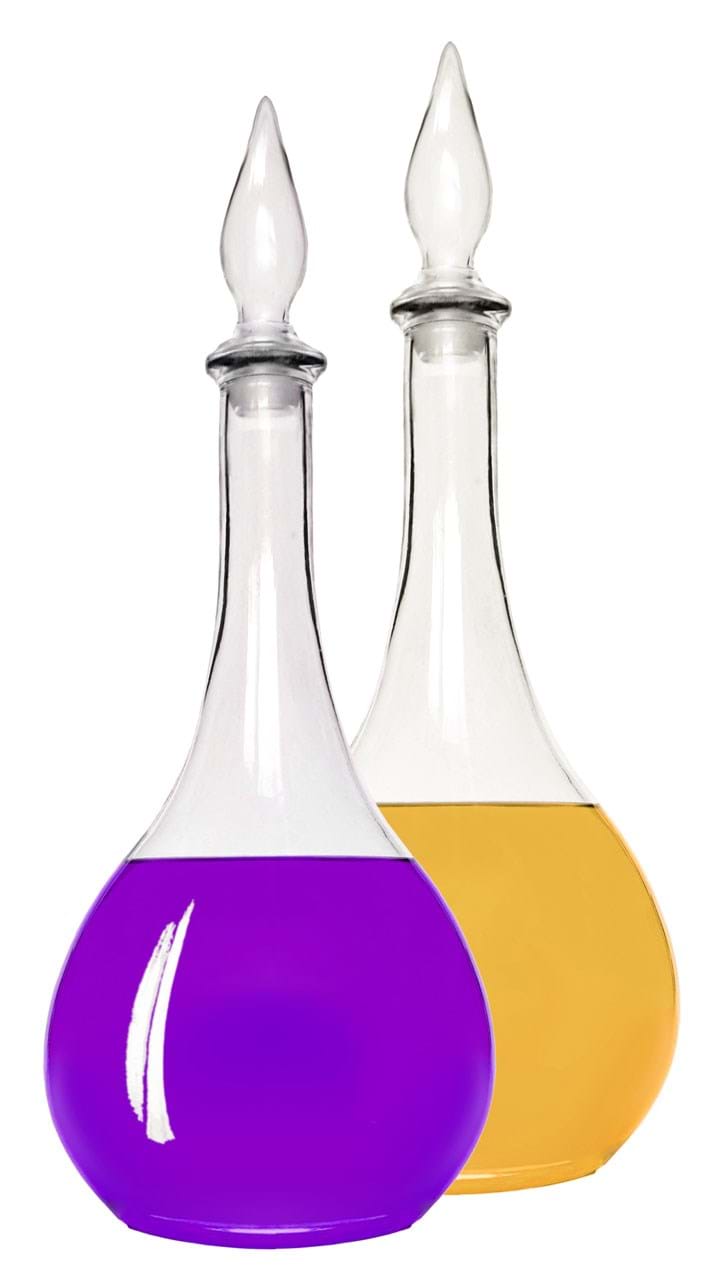 However, the sulfa drugs had shown that it was not the colour that mattered any more than the natural origin. The modern chemistry-based pharmaceutical industry was born. Although colours did have some value in marketing, as a certain blue pill has shown.

Like methylene blue, the active compound may need to be injected, so research always aims to produce something which can be taken orally, but which is metabolised to give the active one. Solids are the most convenient way for patients to take drugs at the prescribed dose and also to store them.

Pills were made by the chemist grinding together the treatment with a suitable powder till it was evenly dispersed, rolling into a sausage shape, cutting into sections to give the right dose, then rolling to make a ball. These days we do not have pills, but tablets made in a press or capsules, and there has been a lot of development of particle technology including acheiving the right size and shape of crystals so that they dissolve at the right rate, and mixing and granulation to ensure a correct blend for a consistent dose. Chemical engineers are strongly involved in the research and development of these processes.

While there are lots of other synthetic routes to pharmaceuticals today, many still in use have their origins in coal tar chemicals such as aniline – paracetamol being an example.

The modern idea of side effects was unknown in the past. Medicine was supposed to taste awful and make you feel terrible. Vomiting, diarrhoea and cramps were signs that it was doing something. It was known as purging, which might at least have got rid of some parasites. A modern white tablet with no obvious effects would have been scorned.

For 400 years, mercury was highly valued for treatment of various ailments including syphilis (where it actually helped but did not cure). The amazing silver liquid was swallowed. A tiny amount would dissolve giving rise to the effects above, and virtually the whole amount could be recovered in the chamber pot. This was a precious family possession, literally passed on from one generation to the next.

For more on IChemE’s Centenary, including historical reflections from IChemE members, visit the dedicated website:
www.chemengevolution.org

Vaccines: The End of the Cold War?