Claudia Flavell-While revisits the dawn of the age of polymers, with Leo Hendrik Baekeland

“I JUST want to say one word to you. Just one word. Plastics.”

It’s the scene from The Graduate that every chemical engineer would remember. In the movie, it represents the big business opportunity that will shape the future as well as everything that’s cheap, phoney and superficial. And yet it underlines just how important plastics had already become by the late 1960s.

It’s a journey that began in 1907 with the invention of Bakelite. Bakelite was the first plastic to hold its shape after being heated. It could be extruded, moulded into just about any shape and coloured any shade you like. It was an electric insulator, heat resistant, and it took the world by storm. 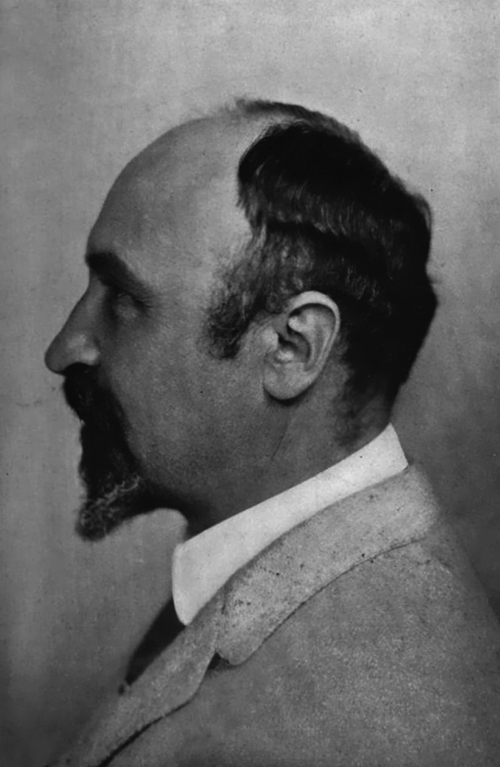 Bakelite was the brainchild of Leo Hendrik Baekeland, a Belgian-born chemist. Baekeland came from a very modest background – his father was a shoe repairman. Baekeland’s interest in chemistry was roused via his love of photography. According to his National Academy of Sciences biography, when a young Baekeland needed some silver nitrate for an experiment with photography (which he absolutely could not afford), he took a watch with a silver chain which had been a gift from his father, and dissolved the chain in nitric acid.

Emigration to the US

In 1889 he combined his honeymoon with a travel scholarship which took him, among other places, to New York. Dissatisfied with pursuing pure research in an academic institution, Baekeland was interested in the practical application of chemistry – and while in New York he was persuaded, by Charles Chandler of Columbia University, to stay in the US and apply his talents to solving chemical problems in industry. Baekeland landed a job as a chemist with a photographic supply house in New York.

Baekeland, always a keen photographer, realised that there was considerable room for improvement in the development of photographic papers, as the papers used at the time could only be developed in bright sunlight. If it was overcast or, even worse, raining, it was impossible to develop any prints – much to the annoyance of early photographers.

He experimented and tinkered, and eventually came up with a novel type of paper that could be developed by gaslight. The new Velox paper soon saw booming sales, which quickly attracted the attention of George Eastman, founder of the Eastman Kodak company.

After some haggling, Baekeland accepted an offer of US$750,000 for his invention – a huge sum for the time. He spent a share of the proceeds on the purchase of a luxurious new house, complete with modern chemistry laboratory, in Yonkers, north of New York City. Financially independent, he was now able to pursue whatever scientific endeavour took
his fancy.

A replacement for Shellac

Baekeland identified the market potential of synthetic resins. At the turn of the century, chemists started to experiment with natural polymers, particularly cellulose. While they did not yet fully understand the nature of polymers, the experiments with cellulose resulted in the invention of celluloid (a mixture of cellulose nitrate and camphor) in 1870 by John Wesley Hyatt. Hyatt had no idea that his invention was to become synonymous with early movies, since they hadn’t been invented yet; his motivation was a US$10,000 reward – set by a producer of billiard balls – for an alternative to ivory, which had become incredibly rare due to the over-hunting of elephants.

The first artificial fibre, spun cellulose nitrate which was marketed as Chardonnet silk, followed in 1890.

Baekeland had set himself the goal of finding a synthetic alternative to shellac, a natural product made from the excretions of lac beetles, which had become a popular material for the production of moulded goods such as inkwells, jewellery and picture frames. Shellac was expensive and laborious to produce, and he reasoned that the demand for a synthetic alternative suitable for mass production would be considerable. He started to experiment with phenol and formaldehyde – by his own admission, his motivation was simply “to make money”.

Baekeland and his assistant Nathaniel Thurlow were one of several teams of scientists experimenting with phenol-formaldehyde resins. In 1872, the German chemist Adolf von Baeyer had reported that the two chemicals reacted to form a hard resin that would ruin his laboratory equipment.

Bakelite was the first plastic to hold its shape after being heated. It could be extruded, moulded into just about any shape and coloured any shade you like. It was an electric insulator, heat resistant, and it took the world by storm.

Baekeland’s early experiments did result in an artificial shellac called Novolac but the product was not a commercial success. He then turned his attention to a replacement for natural rubber as a binder for asbestos. In his notebook, he describes a promising experiment in which he boiled formaldehyde and phenol to obtain a viscous liquid, which was then heated in a sealed tube filled with asbestos fibre for 4 hours at 140°C.

The experiment produced a yellowish, hard substance which would not soften or dissolve in any solvents. Baekeland wrote: “This looks promising and it will be worthwhile to determine how far this mass which I will call ‘D’ is able to make moulded materials either alone or in conjunctions with other solid materials as for instance asbestos, casein, zinc oxid (sic), starch, different inorganic powders and lamp black and thus make a substitute for celluloid and for hard rubber.”

Further experiments confirmed that the sticky amber-coloured resin would, when mixed with fillers, yield a hard-setting mouldable plastic: Bakelite. This resin was hard but not as brittle as earlier efforts and the production process was fast but easy to control by manipulating the temperature and pressure. For this he used a sealed autoclave that he called the ‘Bakelizer’. Better still, the material could be produced and sold at a reasonably advanced stage, requiring only moulding and heating.

Material of a thousand uses

The material was easier to mould and cheaper to produce than celluloid. It was quick and easy to process, which made it ideally suited to mass production. As a thermosetting resin, it would not lose its shape even when subjected to considerable heat. Because of this, it quickly caught on and soon became the material of choice for automobile distributor caps. Because it did not conduct electricity its earliest applications were as an electrical insulator for a wide variety of electrical goods, such as radios and lightbulb sockets.

Dubbed ‘the material of a thousand uses’, it also found application in the production of jewellery and buttons, ashtrays and tables, cutlery handles and doorknobs, and – perhaps most famously – early radios and telephones. By 1944, global production of Bakelite had reached 175,000 t/y and it was found in over 15,000 different products.

Bakelite could be coloured many different shades. Its only drawback was that because it required the use of fillers, it tended to be somewhat dull and muddy. Despite its fast and huge success, Bakelite was to virtually disappear from the market after the 1940s with the arrival of polymers that boasted the same engineering attributes, coupled with the ability to take on bright colours.

Pictured: Dubbed ‘the material of a thousand uses’, Bakelite found an application in such things as jewellery (right) and most famously – early radios and telephones.

The success made Baekeland and his family very wealthy, and he was able to pursue his hobbies at will. Along with the grand house in Yonkers he owned an estate in Florida with a huge tropical garden. He also spent considerable time on his 70-foot yacht, the Ion, and was an early motoring enthusiast: having owned cars from the 1890s onwards, the family had already toured Europe by car in 1906. In 1939, Baekeland sold the Bakelite company to Union Carbide (today part of Dow Chemical).

The original Bakelizer has been designated a  National Historic Chemical Landmark by the American Chemical Society. The six-foot tall iron alloy vessel, affectionately known as ‘Old Faithful’, is still structurally sound and can be found at the National Museum of American History in Washington, DC

Usher in a New Age