THE UK government has launched a 25-year plan to protect the environment and reduce “avoidable” plastic waste specifically.

A Green Future: Our 25 Year Plan to Improve the Environment was launched by Prime Minister Theresa May and environment secretary Michael Gove, and according to the government, is intended to create richer habitats for wildlife, and improve air and water quality. One of the biggest announcements, and the one which has received the most attention, is a crackdown on plastic use.

The government has already introduced a £0.05 (US$0.07) charge for plastic carrier bags from large retailers but now plans to extend this to all retailers. Consumer single-use plastics such as bottles will be removed from all government property. It will work with retailers to introduce plastic-free aisles in supermarkets and with the water industry to increase the number of free water fountains to encourage people to use refillable bottles. Recycling and reusing plastics will be encouraged, and the government will launch a call for evidence in 2018 to see how the tax system might be used to reduce single-use plastic waste.

In the plans, the government also says it will meet all existing targets on landfill, reuse and recycling and develop ambitious future targets and milestones. It will also eliminate illegal waste sites and fly-tipping, reduce littering and significantly reduce marine plastic pollution. The goal is to have zero avoidable plastic waste by 2042 and zero avoidable waste by 2050. 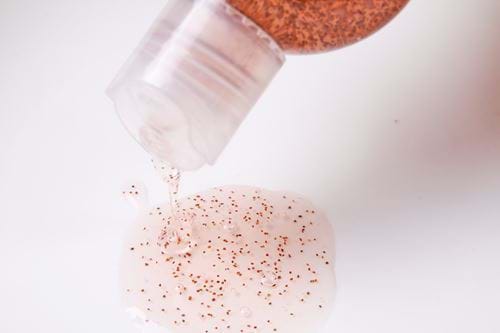 Earlier this week a government ban on the manufacture of products containing microbeads came into force as part of efforts to reduce plastic pollution. Microbeads are used in products such as shower gel and toothpaste as exfoliants and scrubs and cannot be removed using conventional water treatment processes so end up in rivers and seas, where they harm wildlife. The plans were first announced in September 2016. A ban on the sale of products containing microbeads will take effect later this year.

“We look back in horror at some of the damage done to our environment in the past and wonder how anyone could have thought that, for example, dumping toxic chemicals untreated into rivers was ever the right thing to do. In years to come, I think people will be shocked at how today we allow so much plastic to be produced needlessly,” said May, adding: “We will take action at every stage of the production and consumption of plastic. As it is produced, we will encourage manufacturers to take responsibility for the impacts of their products and rationalise the number of different types of plastics they use. As it is consumed, we will drive down the amount of plastic in circulation through reducing demand.”

There are a number of other environmental measures outlined in the report. To improve air quality the government says it will commit to meeting ambitious, legally-binding targets on five air pollutants – ammonia, nitrogen oxides, non-methane volatile organic compounds, fine particulate matter and sulphur dioxide – by 2020, and make deeper cuts by 2030. The sale of conventional petrol and diesel cars will end by 2040. The government will also maintain the improvements made in industrial emissions and build on existing good practice.

Cleaner water is also a major factor in the report, with the government saying it will improve three quarters of the UK’s water bodies to “as close to their natural state as possible”.  Abstraction of water from rivers and groundwater will be reduced, existing quality objectives met and leakages reduced.

Amongst other things the government has also pledged to create 500,000 ha of wildlife habitats, manage agriculture and fisheries sustainably, help developing nations combat plastic waste, consult on a new environmental watchdog to maintain existing standards following the UK’s exit from the EU, and develop a number of schemes to increase public access to nature and wildlife.

The government says the 25-year environment plan will sit alongside the Clean Growth Strategy, launched in October 2017, which sets out its £2.5bn plans for low-carbon investment and green innovation support.

“Respecting nature’s intrinsic value and making sure we are wise stewards of our natural world is critical if we are to leave the environment in a better state than we inherited it. Our Environment Plan sets out how over the next 25 years we will radically reduce the waste that is choking oceans and rivers, cleanse our air of toxic pollutants and create new habitats for our most precious wildlife to thrive. Through this plan we will build on our reputation as a global leader in environmental protection, creating an environment everyone can enjoy and helping the next generation flourish,” said Gove.

While there has been some positive reaction to the plans, there has also been criticism, with many commenting on the timeframe, which they see as too long, and the lack of legislation to back up the plans, meaning they could simply be ignored.

Greenpeace UK’s executive director John Sauven said that the UK “needs a 25-month emergency plan more than it needs a 25-year vision” and that much more robust measures are needed to meaningfully tackle plastic and air pollution.

“If Theresa May wants to persuade people this is more than just husky-hugging, she needs to put some joined-up thinking at the heart of her strategy. You can’t claim to care about climate change and our countryside and then back fracking, or care about the next generation and then let air pollution harm our kids’ health,” he said.

The opposition Labour party was similarly critical. Shadow environment secretary Sue Hayman called the plant “insubstantial” and “weak” and said the government has “missed a critical opportunity” to make progress in protecting the environment.