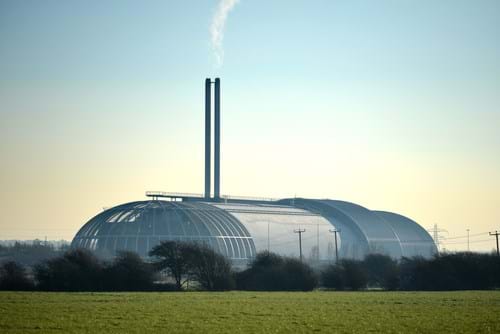 An excess of incinerators could undermine resource efficiency

A SURGE in the construction of facilities that burn residual waste is a direct threat to the UK achieving more environmentally-friendly recycling processes needed to reach a circular economy.

Consultancy firm Eunomia warns that the increased demand to process waste could see materials burned rather than recycled. Since 2009/10 the UK has more than doubled its annual residual waste treatment capacity from 6.3m t to 13.5m t. Meanwhile the quantity of waste available each year has shrunk from 30m t to 26m t thanks to increased recycling rates and a push from companies to be more green.

In its latest biannual analysis of waste infrastructure, Eunomia estimates that with the number of facilities under construction in the UK, processing capacity will exceed waste supply in 2020/21.

“An excess of residual waste treatment facilities has the potential to undermine resource efficiency, and the incentive to handle waste in more environmentally-friendly ways” in accordance with waste hierarchy regulations, Eunomia reports.

Furthermore, Eunomia reports that despite Brexit, the government’s environment department is working on the assumption that the UK will adopt circular economy measures that could include recycling targets of 70% by 2030.

However, if all operating, planned and financed facilities – including incinerators, gasification plants and pyrolysis plants – come onstream, then the UK’s maximum recycling rate would be capped at just 63% by 2030. This has declined steadily as the number of planned facilities has increased each year, with maximum recycling estimated in 2011 to be 77% by 2030.

The consultancy called for government action, pointing towards the industrial strategy that is currently under review and its goals of securing “the economic benefits of the transition to a low-carbon and resource-efficient economy”.

“Our latest report shows that the UK continues inexorably towards the point where we have more residual waste treatment capacity than we need,” says report author Harriet Parke. “[The government] has signalled a renewed strategy on waste and resources: it could hardly be more timely to commit England, and the UK, to developing a resource-efficient economy that focusses activity at the upper tiers of the waste hierarchy. This would help clarify to investors and developers just how tough competition for residual waste is likely to be in future, and signal a need to refocus funding and activity accordingly.”

Looking at the wider European situation, the report points out that some countries such as Sweden and Denmark already have more capacity than residual waste. As competition intensifies for feedstock, including for imported waste, some operators could be forced to close plants before the end of their design lives.