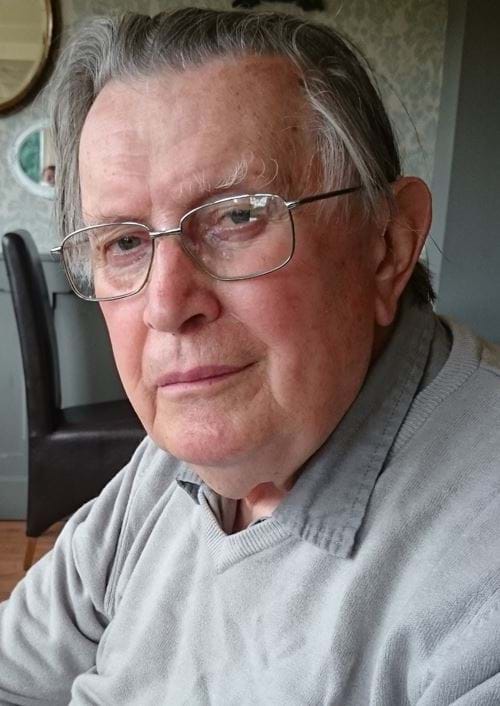 RAY SINNOTT, who had a profound impact on chemical engineers through the book Chemical Engineering Design that he wrote as Volume 6 of the Coulson and Richardson textbook series, has died aged 90.

Many of us have spent hours combing through Ray’s book for the clues to unlock undergraduate design projects or solve the first challenges we faced on the job. Ray’s practical focus and straight-to-the-point advice made his book an indispensable guide to working as a chemical engineer.

Raymond King Sinnott was born in Clacton-on-Sea, England in 1931. His early education was disrupted by WWII when he was evacuated with his twin brother to the Midlands. His parents and older siblings eventually joined them, and they settled in Shrewsbury. At 16 he started working as a Laboratory Technician at the college he was attending. A teacher there got him a job at the local gas works where he trained as a professional gas engineer. He continued his studies at Shrewsbury whilst working and obtained an HNC in Mechanical Engineering and an HGC in Gas Engineering, earning distinctions and prizes for both.

During this time Ray met his future wife Muriel at a local youth group. They married in May 1952 and enjoyed a long and happy marriage with four children and eight grandchildren. Muriel sadly passed away in 2015.

After National Service, Ray was able to take up a technical state scholarship to study chemical engineering at University College London, where he graduated with first class honours. He then went to work for John Brown’s nuclear division, where he was involved in improving the design of the refuelling machine for the advanced gas cooled reactor. Ray moved on to work for Dupont at its Maydown plant in Northern Ireland during the 1960s – first on Neoprene, then Hylene, and finally at the Orlon plant. After DuPont, Ray joined Swansea University as a Lecturer in Chemical Engineering. He also worked with the Open University as a tutor and created a course for OU on heat exchangers.

When Professor Jack Richardson suggested Ray should write a book on design to complete the Chemical Engineering textbook series Ray said: “I do not like any book I have read on design and probably would not like one I wrote myself”. It took him four years to complete the first edition, and since then there have been six editions for the UK, Commonwealth and EU audience, three editions using US and Canadian standards and editions in Spanish, Turkish, Korean and Chinese.

The popularity of Ray’s book with teachers, students and practitioners always derived from the practical approach Ray brought to the subject. Ray’s early experiences as a technician and his many years with John Brown and DuPont taught him to focus on the key things chemical engineers need to design a plant, and leave superfluous details for more specialised textbooks. Ray understood the industrial application of engineering and the Flixborough inquiry convinced him that chemical engineers must properly understand the mechanical design of pressure vessels and piping systems, giving Ray’s book a strong focus on equipment construction. His pragmatic approach to design shaped the thinking of generations of chemical engineers who learned from his book, and over time more universities have come to rely on using experienced industrial practitioners to bring realism to their design courses.

After retiring, Ray continued his joys of travelling and making wooden toys for his grandchildren. Ray, who was a Fellow of IChemE, sadly passed away on 8th August 2021 in the presence of his daughter, having reached the age of 90 only a few days earlier. He was much loved by his family, friends and coworkers and will be greatly missed.