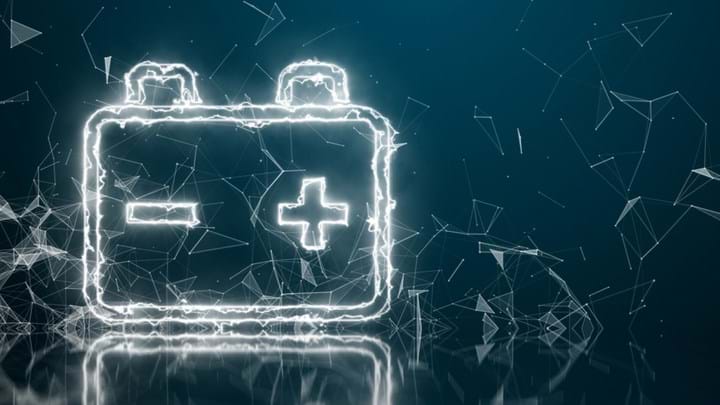 US RESEARCHERS have developed a battery anode based on a new nanostructured alloy that could change how energy storage devices are designed and manufactured. The novel alloy also progresses the potential of replacing solvent electrolytes with seawater, a safer, inexpensive, and abundant alternative.

In batteries, electrolytes offer a pathway for ions to move from the cathode to the anode during charging and in the reverse direction in discharge. As an alternative to flammable organic electrolytes used in lithium batteries, water-based conducting electrolytes are safer as they are non-flammable, and they are environmentally benign. Aqueous batteries have recently been receiving increased attention, but large-scale use has been hindered by instability issues between metal anode and the electrolyte, which lead to limited performance and lifespan.

The use of metal anodes (for example lithium) can increase battery capacity, but it also brings instability issues such as dendrite growth, metal corrosion, ion interference, and side reactions. This is inevitable in a commercial lithium-ion battery.

The collaborative research team developed a three-dimensional (3D) zinc-manganese (Zn-Mn) battery anode that suppresses the formation of dendrites, tree-like growths, thus solving the instability problem in aqueous batteries. Through the use of zinc – as opposed to lithium – batteries can also transfer twice as many charges during one single charging or discharging process, thus doubling the battery energy capacity.

In charge/discharge tests used to demonstrate the practical performance of the Zn-Mn alloy batteries, they showed stability for 6,000 minutes, at a current density of 10 mA/cm2. In comparison, the Zn alloy batteries failed after 2,760 minutes.

In addition to the design strategy for the new anodes, the team also devised an optical method to observe (in real time), battery anode morphology during battery charging and discharging. The method involves immersing the battery elements in electrolyte and the using changes in reflected light intensity to image dendrite growth. This is a milestone in developing durable electrodes for batteries, the researchers say.

Zhenxing Feng, Assistant Professor of Chemical Engineering at Oregon State University (OSU), said that the researchers are now testing other alloy anodes. Feng added that in future, to further develop this technology, a suitable cathode will need to be identified to pair with the anode materials developed. Once this is achieved, the technology can progress to commercial scale.

According to the researchers, the concept will result in a paradigm shift in the design of high-performance alloy anodes for both aqueous and non-aqueous batteries which will revolutionise the battery industries.

The work was carried out as a collaboration between OSU, the University of Central Florida, and the University of Houston, and supported by the National Science Foundation, a US agency tasked with progressing science to benefit the nation.