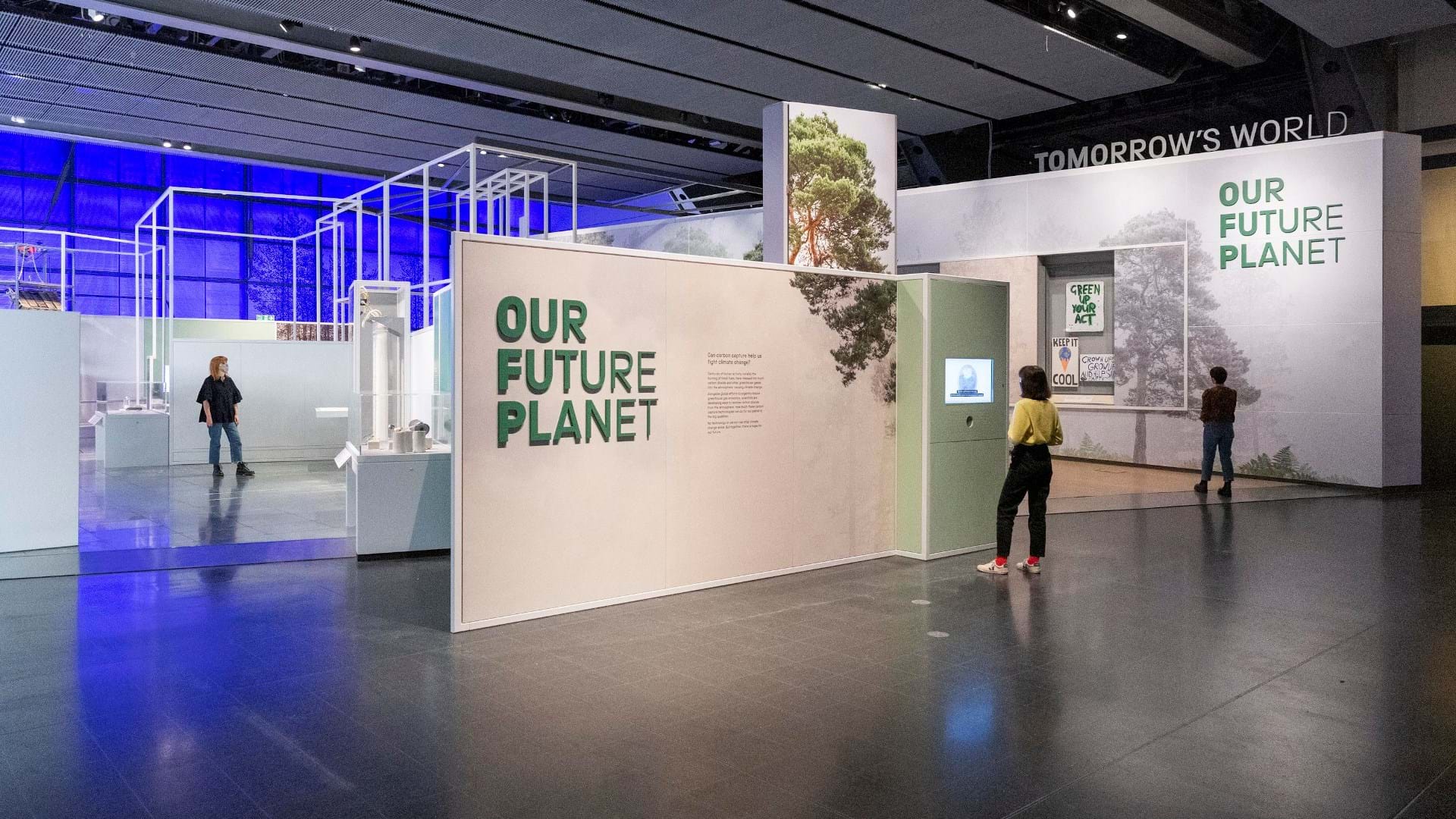 THE Science Museum in London, UK, has launched an exhibition today showcasing carbon capture technology to the public.

The exhibition, Our Future Planet, will first show visitors the importance of natural carbon capture in the form of trees and plants, and the work scientists are doing to protect important carbon sinks such as peatland. The next section of the exhibition is an area that displays technology involved in removing CO2 from the air to be stored or utilised.

Visitors can see an early prototype of a mechanical tree, developed by Klaus Lackner and the Center for Negative Carbon Emissions at Arizona State University. It is being commercialised by Carbon Collect, which describes the technology as passive direct air capture as it doesn’t require energy to capture CO2 in its sorbent tiles as the wind will deliver ambient air. Energy use is only required for processing the captured CO2.

The exhibition will include a CO2 collector from direct air capture company Climeworks, which is already operating at 14 facilities across Europe. Also on display will be a basalt rock core from Carbfix in Iceland, which has developed a storage process where CO2 dissolved in water is injected into rocks underground where it creates solid carbonates within two years.

The final section of the exhibition will show technologies that capture emissions at the source, such as from Carbon Capture Machine, which was a finalist for the Carbon XPRIZE. Also on show will be the technology of C-Capture – the company working with Drax power station in North Yorkshire on a bioenergy carbon capture and storage (BECCS) project. There will also be examples of concrete with captured CO2 stored in it from two companies: Carbon8 and CarbonCure, one of the Carbon XPRIZE winners.

The exhibition will showcase projects such as the Northern Endurance Partnership, which aims to develop CO2 storage infrastructure under the North Sea. It will also display products that have been produced using captured CO2, such as sunglasses, yoga mats, and vodka.

Sophie Waring, Curator of Contemporary Science, said: “Our Future Planet will offer visitors an introduction to technologies that capture carbon dioxide, and explore options for storage and utilisation ranging from the preservation and management of forests to the capture and storage of carbon on an industrial scale in power generation and concrete production. Objects on display will highlight the importance of this research to help protect our planet from the effects of global warming caused by excess carbon dioxide in the atmosphere. We hope that visitors will leave feeling inspired by the ambition of scientists and engineers to build a greener future.”

The free exhibition will be open 10:00 to 18:00 Wednesdays to Sundays (seven days a week during school holidays) and run until 4 September 2022.

Periodic Videos on the 2019 Nobel Prize in Chemistry win