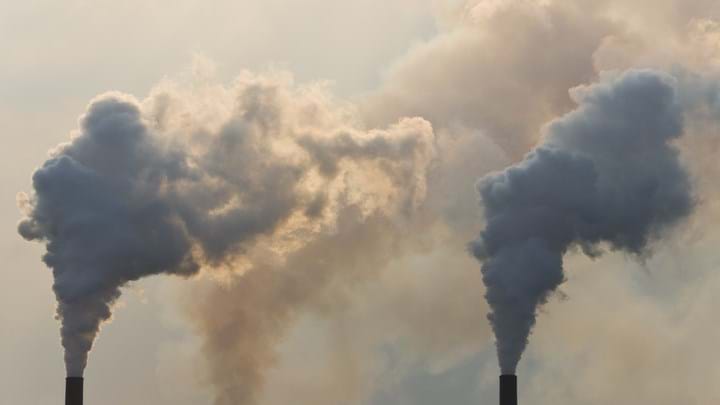 THE Royal Society and the Royal Academy of Engineering (RAEng) have released a joint report outlining a plan of action which could help the UK lead the way in deploying technologies to remove greenhouse gases from the atmosphere.

The report, released yesterday, sets out a list of recommendations that would allow the UK to achieve its target of net-zero carbon emissions by 2050. This goal, whilst achievable according to the report, will require immediate action.

To achieve net-zero carbon emissions by 2050 the UK needs to remove an estimated 130m t of CO2/y. Reaching this goal requires the UK to rapidly reduce greenhouse gas emissions and to deploy greenhouse gas removal (GGR) technologies which will play a role in counteracting emissions from aviation and agriculture, where complete removal of emissions is not possible.

The report identifies and assesses technologies available that might allow emissions removal goals to be reached. It considers not only the UK, but the global picture and how these technologies might be deployed alongside each other to achieve global carbon removal by 2100 as per the Paris Agreement.

Technologies discussed include ready-to-deploy methods as well as more speculative methods. Ready-to-deploy, land-based methods such as forestation, habitat restoration, and soil carbon sequestration could be quickly applied, but unfortunately these will become saturated within the century. Furthermore, these approaches alone will only allow the UK to achieve around one quarter of the target GGR required to reach net-zero emissions.

Development of speculative methods, such as direct air capture, bioenergy with carbon capture and storage (BECCS) and low-carbon concrete, is vital if sufficient GGR is to be achieved.

Altering the constituents, manufacturing or recycling method of concrete could enable increased storage of CO2 in the built environment. Manufacturing can be changed to reduce CO2 requirements, such as by replacing aggregate with mineral carbonation products or using alternative cement production methods. Curing could be carried out in a way that causes increased CO2 consumption. A number of startups working with this GGR technology are at various levels of readiness. Some are at a commercial level, even if only at a small scale. GGR could be achieved by carbonating steel slags and using them in cured concrete blocks. 12m t of CO2/y could be sequestered if all the masonry blocks in the US and Canada were replaced. Laboratory work in the UK suggests 0.2m t of CO2/y could be sequestered in aggregate produced from waste minerals. A key challenge for low-carbon concrete as a GGR method is the supply of raw materials for scalability. Some of the highest-quality virgin feedstocks are geographically concentrated, which could result in high transport costs and potential socio-political complexities. And, the volumes of industrial feedstocks, notably coal ash and steel slag, are uncertain.

IChemE Fellow Adisa Azapagic, report contributor and professor of sustainable chemical engineering at the University of Manchester said: “While some greenhouse gas technologies are already in use today, others are yet to be proven at scale. Furthermore, when considered at the scale required, none of the technologies has been evaluated fully across their life cycle and their environmental, economic and social impacts are unknown.

“Therefore, as chemical and process engineers, we can play a crucial role in the development of these emerging technologies, from design of demonstration plants, through ramping-up to full deployment. We should also ensure that they are sustainable in the longer term and that climate change is not mitigated at the expense of other sustainability issues.”

The technologies identified in the report are assessed based on the readiness for deployment, potential scalability, the scale time required, the carbon removal potential, social and environmental impacts, and cost.

1: Global efforts to reduce greenhouse gas emission should be continued and increased. GGR is not a substitute for reducing emissions, and both must be employed if global emissions goals are to be achieved.

2: Implement a global suite of GGR technologies. This should include ready-to-deploy, land-based methods, as well as more speculative methods.

Direct air capture and carbon storage (DACCS) involves the use of chemical bonding to directly remove CO2 from the atmosphere and then storage. Currently there are a wide range of DACCS technologies available that are at various stages of maturity. Development at laboratory and pilot plant scale are increasing, and there are more mature technologies, such as amine adsorption, that are closer to practical implementation. At least four plants are now operating at a demonstration and semi-commercial scale. The storage potential of DACCS will ultimately be decided by the sequestration method used. For example, if geological storage is used, long-term storage will be possible. Globally, depleted oil and gas fields alone could provide a storage capacity potentially up to 900 Gt of CO2. The predicted capacity for UK-based CCS storage is 20 Gt of CO2. If CO2 captured is used for alternative purposes, storage longevity will depend upon the ultimate fate of carbon atoms. This can vary from over 100 years if they are used in structural polymers, to only months if they are used for fuel production. The challenges that need to be overcome for implementation of DACCS are access to adequate low-carbon energy and water to drive capture and regeneration and dealing with the resultant high purity CO2 stream.

3: Build CCS infrastructure. CCS is highlighted by the report as being important to CO2 removal goals, and it is required for several GGR methods. Scenario building indicated that substantial permanent storage is required for goals to be reached, and this has so far only been demonstrated in geological reservoirs.

Earlier this year IChemE’s Energy Centre launched a green paper outlining a chemical engineering perspective on CCS, and what the discipline can do to accelerate the deployment of the technology. Another recent development in CCS was the release of a report by the carbon capture usage and storage (CCUS) cost challenge taskforce. The report set out recommendations for the UK government, and called for policy framework to be released early next year.

Bioenergy with carbon capture and storage

Bioenergy with carbon capture and storage (BECCS), combines combustion of biomass to generate energy, with carbon capture and storage (CCS). Whilst bioenergy from biomass-based power plants is a mature technology, CCS is still largely at the demonstration stage with examples including the Boundary Damn project in Canada and Petra Nova in Texas. Earlier this year Drax power station in Yorkshire, UK, announced that it was to pilot Europe’s first BECCS project. The storage potential and longevity of this GGR technology is aligned with CCS. CCS has been estimated to have a CO2 removal potential of roughly 10 Gt of CO2/y globally, and 20–70m t of CO2/y in the UK. There are two scalability issues which face BECCS. The first is a ramp-up of biomass production which involves overcoming land limitations. The second is the need to ramp-up CCS infrastructure. Current engineering challenges include low energy efficiencies of BECCS in comparison to conventional power generation used with CCS.

5: Incentivise the removal of greenhouse gases. Doing this through use of carbon pricing, and other mechanisms will encourage development in spite of associated costs.

6: Establish a framework to govern the sustainability of GGR deployment. Rigorous lifecycle assessments and environmental monitoring should be conducted to assess use of methods individually, as well as together.

7: Build GGR into regulatory frameworks and carbon trading systems. For example, in the UK, active support for GGR implementation, such as forestation and habitat restoration, should be built into new UK agricultural or land management subsidies.

8: Establish international science-based standards for monitoring, reporting and verifying GGR methods. This should be of both carbon sequestration and environmental impacts. Currently, there are standards for biomass and CCS, but not GGR methods at large.

Though the published report acknowledges that GGR at the required scale is very challenging and costly, it also surmises that this goal is achievable given sufficient effort. Substantial effort has to be put towards deploying currently available methods at the scale required, as well as into the development of speculative methods.

Azapagic commented: “The key lesson for chemical and process engineers from this report is that we need to pursue aggressively a range of measures for climate change mitigation. A portfolio of greenhouse gas technologies will be needed, including bioenergy with carbon capture and storage (BECCS), direct air capture (DAC) and carbon capture and storage (CCS). We should capitalise on our fundamental and practical knowledge of these technologies and lead in their development – the sooner they are available at scale, the better chance we have of succeeding in mitigating climate change.”