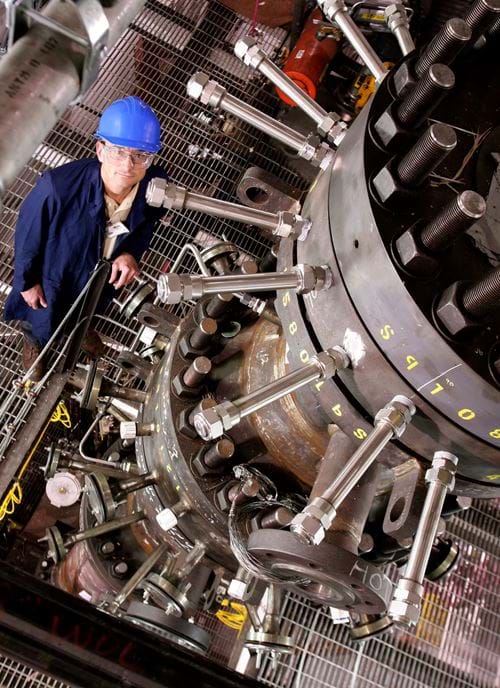 The gasifier is expected to offer significant economic benefits

GAS TECHNOLOGY INSTITUTE (GTI) in the US will be partnering with China’s Yangquan Coal Industry Group to build a demonstration plant for the R-GAS gasification process in China.

The gasification technology, which began its development under aerospace firm Aerojet Rocketdyne before it was acquired by GTI, has been undergoing pilot tests in the US since 2009. It will now be demonstrated at the largest coal-to-chemicals plant in Shanxi Province, and given that last year Yangquan Coal produced more than 76m t of coal and more than 80 coal-derived products including chemicals and fertilisers, the deal could mark a significant development in the use of R-GAS.

The technology has been successfully tested at a scale of 18 t/d on a wide range of different coal types. This includes a long-duration test completed last year on very high ash fusion temperature anthracite coal, which is predominant in China. The system has undergone 1,300 hours of hot fire testing since it was commissioned in 2009.

The demonstration plant will validate long-duration reliability, operability, and capital costs, GTI said in a statement. Commercial versions of the new gasifier will be around one-tenth the size of competing entrained flow technologies, and the company says that this along with its advanced design features will reduce capital costs, boost efficiency and improve availability.

The design includes a rapid mix injector and plug flow reactor that allow for more efficient mixing of the fuel, oxygen and steam which in turn drives an increase in the reaction kinetics and therefore gasification of the feedstock occurs in a shorter time than with existing designs, the company said in an email to The Chemical Engineer.

“By utilising a plug flow design, the R-GAS reactor minimises recirculation of the cooler gases which exist near the outlet of the gasifier which would normally slow the kinetics. However, the result is much higher heat fluxes that must be managed, which is done with advanced, integral cooling based on aerospace design methodologies. These effects, together with a higher operating pressure, result in reactor volume that is approximately 90% smaller than currently available technologies,” a spokesperson explained.

The design also eliminates the need for a black water system as the slag is ejected in a “mostly dry state”. This is thanks to feeding the coal into the gasifier in a dry state and through the use of a partial quench to cool the syngas without saturating it.

“The rapid spray quench is used to partially quench the syngas to a lower temperature to match downstream requirements and accomplish some additional water gas shift reaction but the quench water is vaporised so it minimises water use and avoids saturating the syngas. This minimises the cost of downstream systems and is much simpler than a radiant syngas cooler approach used on other gasifiers, the spokesperson added.

The company says the benefits of the technology include high energy conversion efficiency as the system consumes up to 25% less oxygen than other entrained flow systems. It also consumes 30% less water and it is estimated that the cost of producing electricity, chemicals and liquid fuels will be 15%–30% lower than existing technologies.

Zhai Hong, chairman of Yangquan Group, added: “Yangquan is one of the largest coal producers in China. This technology offers a step-change improvement in efficiency and cost over current gasification technology and is uniquely capable of gasifying China’s low-rank coal.”

“Coal is a leading energy choice in China, and finding the most cost effective and environmentally-friendly ways of using it will help to maintain its role as a vital contributor to our economy.”