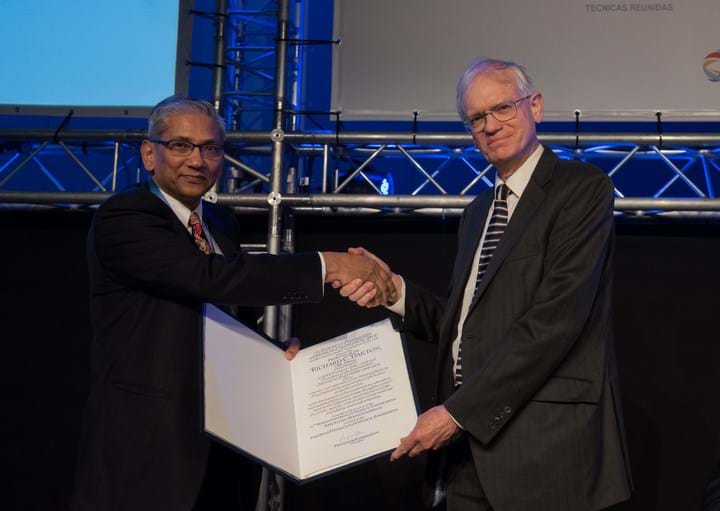 THE European Federation of Chemical Engineering (EFCE) has today announced the winners of a series of awards, including granting former IChemE president Richard Darton its highest distinction.

Darton was awarded an EFCE Honorary Membership, which is granted infrequently to individuals who have made extraordinary contributions to the life and welfare of the EFCE over an extended period of time. Darton was president of EFCE from 2010-2014, spent many years as a member and chair of EFCE’s Working Party on Fluid Separations, and a member of the Section on Sustainability.

In its statement announcing the award, the EFCE recognised Darton’s “role in the development of fluid separations, education and sustainability across Europe through his commitment to the Federation, the development of the discipline, and his contribution to international friendship and understanding.”

The second award – EFCE’s 2017 Process Intensification Award for Industrial Innovation – went to a team from Air Liquide that has developed a 3D-printed reactor that significantly increases the efficiency of hydrogen production. The 3D-printed, milli-structured heat exchanger reactor was designed to improve the efficiency of producing hydrogen by steam reforming natural gas. It does so by reusing heat originally used to produce excess steam, and by increasing the heat transfer between the hot process streams. Overall, the improved reactor reduces operating costs by 20% and CO2 emissions by 12% compared with existing technology.

EFCE’s Working Party on Process Intensification, which judged the award, said: “This reactor is a very interesting example of the use of 3D printing in the manufacture of this new intensified reactor, and has the potential to be a disruptive innovation for industry.”

Development of the reactor largely took place in 2015 with a lab-scale version successfully operated at the firm’s Paris Saclay research centre for more than 4,000 hours in 2016. An industrial pilot plant is now under construction and due for start-up in late 2018, with first commercial applications expected for 2020.The award was received by the team’s representatives, Matthieu Flin and Raphaël Faure. 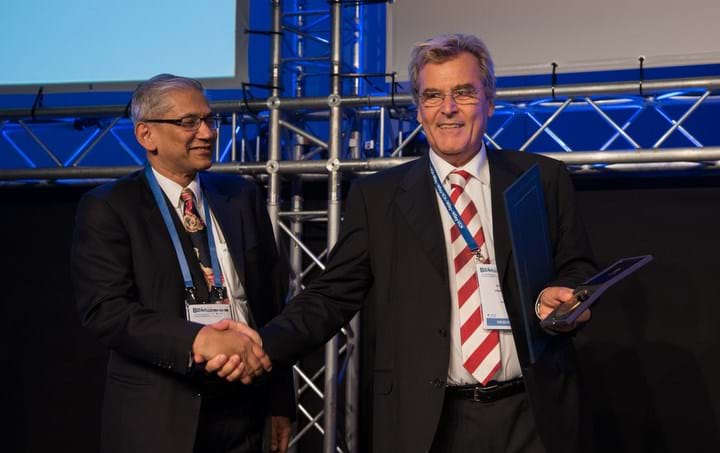 The third award was given to Professor Sauro Pierucci of Politecnico di Milano, Italy who was named as the 2017 winner of the Dieter Behrens Medal. The medal recognises significant efforts to promote chemical engineering in Europe or to the work of EFCE.

Pierucci was chosen for his work with the EFCE for almost fifty years including as a member and chairman of the EFCE Working Party on Computer Aided Process Engineering (CAPE).

Finally, EFCE gave its Lifetime Achievements Award to Professor Luis Puigjaner of the Universitat Politècnica de Catalunya, Barcelona, Spain. He was selected for his contribution to the progress of chemical and process systems engineering both in Spain and internationally for more than 50 years. 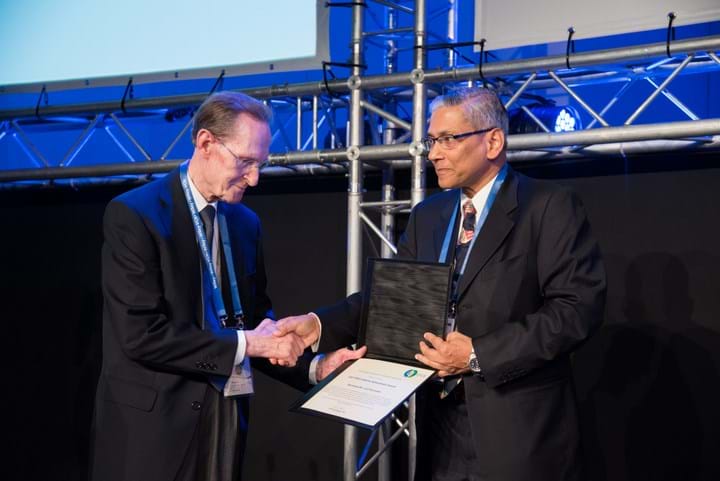 The awards were given today at the opening of the 10th World Congress of Chemical Engineering in Barcelona, Spain. More than 3,000 delegates are meeting to discuss the latest advances and trends of chemical engineering. The congress runs until the 5 October.