THE half-life of nuclear fission products could be reduced from hundreds of thousands of years to less than 100 years, according to a team of Japanese researchers.

Using their new method, the team says that the 17,000 t of long-lived fission products (LLFPs) now in storage in Japan could potentially be disposed of using ten fast spectrum reactors – a type of fission reactor with high neutron flux and an excess of neutrons. 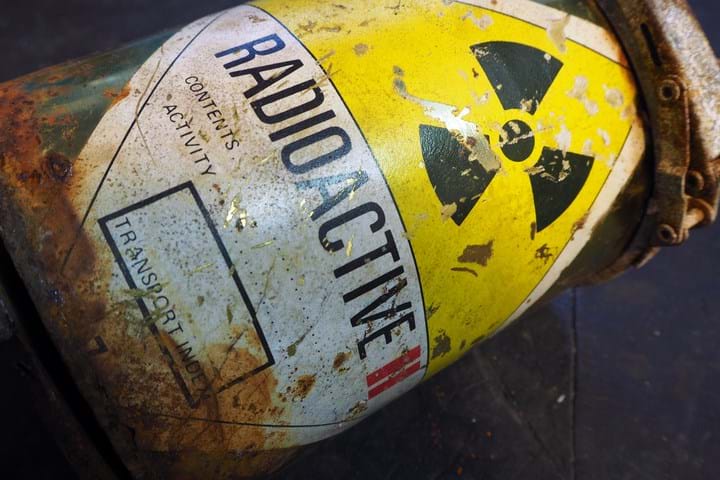 LLFPs are associated with radioactive release from geological repositories, owing to their high solubility in water and mobility in the geosphere

The technique was developed by researchers from Tokyo Tech, Tohoku University, Tokyo City University and Japan Atomic Energy Agency, and involves the efficient transmutation of LLFPs to shorter-lived nuclides, by using a novel yttrium deuteride moderator (YD2) to ‘slow down’ neutrons.

Disposing of radioactive spent nuclear fuel (SNF) is a challenge of increasing economic and environmental importance. Typically, uranium and plutonium are recovered by reprocessing techniques such as PUREX, and the most viable way to dispose of remaining SNF is to bury it deep underground. However, research is underway to reduce this inventory, and thus the long-term hazard for future generations.

One such method, partitioning and transmutation, separates long-lived waste into minor actinides (MAs), such as neptunium and americium, and LLFPs, such as selenium-79 and zirconium-93. These are then transmuted into shorter-lived nuclides by neutron capture in nuclear reactors, or accelerator-driven transmutation systems.

However, LLFPs pose technical difficulties for transmutation, due to their isotopic compositions, and the fact that they have small neutron-capture cross sections. Because of this, most work to date has required isotopic separation – which is not technologically or economically feasible at industrial scale.

But a new study led by Satoshi Chiba at Tokyo Tech shows that effective transmutation of LLFPs can be achieved in fast spectrum reactors, without the need for isotope separation. By adding a YD2 moderator, the team found that transmutation rate exceeded the rate of LLFP production in the reactor’s core for all six LLFPs tested.

In a Scientific Reports paper, the researchers conclude that: “YD2 was shown to be an effective moderator material for softening the neutron spectrum leaking from the core. This soft spectrum allowed LLFP transmutation in the radial blanket and shield regions (of the reactor).

“The calculations and analyses showed that the half-lives of LLFPs decreased drastically from more than 100,000 years to less than 100,” they added.