Vote for transparency, representation and accountability at the EGM

IChemE was founded in 1922, and its Royal Charter was granted in April 1957. This changed the legal status of the Institution from a limited company to a body incorporated by a Royal Charter. It placed chemical engineering on a par with civil, mechanical and electrical engineering – represented by the ‘big three’ engineering Institutions. Some 35 years after its creation, IChemE had, in many senses, ‘arrived’. The Charter has defined the Institution’s purpose ever since. And as times have changed, IChemE has evolved. Like all parts of society, volunteer-led professional engineering institutions must move with the times.

Member-led from the outset, the Institution’s primary purpose as a registered charity is to inspire and enable its members to serve society. In 2018, IChemE’s governance will be updated through a shift from 1950s aspirations to 21st century relevance. This will make the Institution fit for purpose in a changing and diverse world.

Member-led from the outset, the Institution’s primary purpose as a registered charity is to inspire and enable its members TO serve society

New governance proposals will bring greater transparency, enhance member representation, and improve accountability. The proposals will place IChemE on a secure footing to reach its centenary in 2022 and to thrive in the years that follow.

Proposals for IChemE’s modern governance will be presented at the 2018 Annual General Meeting in May. However, before then, an Extraordinary General Meeting (EGM) will be held. The EGM has been called by a group of members who have expressed no confidence in the Institution’s leadership and the progress that has been made to date. This article examines the issues that have been raised in recent weeks, and sets out a leadership viewpoint.

Notification of the EGM has been issued, and voting packs were posted to all Voting Members in November. The physical meeting will take place in London, UK, on 11 January 2018. Most members are expected to make their views known using a virtual proxy voting system ahead of the meeting itself. This system is provided by an independent third party, Mi-Voice (Democracy Technology Ltd).

Council encourages all Voting Members to participate. Members should read the information provided in the voting pack carefully. There are two motions to consider. Motion 1 sets out Council’s agenda for change, and will build on IChemE’s proud heritage to take it forward in a positive and more representative manner. Motion 2 is a motion of no confidence in IChemE’s volunteer leadership. Council seeks support for Motion 1. The easiest way to do this is by selecting the QuickVote option online, or on the proxy form.

Chartered Members and Fellows may vote in person at the meeting, or by proxy. IChemE’s By-Laws do not currently make provision for electronic voting at an EGM.

Members can appoint a proxy to vote on their behalf in two ways:

1. Use the ‘QuickVote’ option. This will assign a proxy vote to the chair of the meeting. The chair will use proxy votes in favour of Motion 1 and against Motion 2.

2. Assign the proxy vote for or against Motion 1 or Motion 2 to another Voting Member who will be present at the EGM. Vote in favour of one motion and against the other. Members who are undecided can allow their nominated proxy to decide on their behalf.

Proxy votes can be submitted online, by going to www.mi-vote.com. Enter the unique voter code found at the top of the proxy form provided in the voting pack. Alternatively, the proxy form may be returned by post.

The EGM convenes at noon (GMT) on 11 January 2018 in the Turing Lecture Theatre, IET London, at Savoy Place, London, WC2R 0BL. Registration in advance will help IChemE to plan catering arrangements etc. Members who have nominated a proxy may attend the meeting, but cannot vote in person. Voting members should quote their IChemE-registered address and membership number. The ballot result will be announced at the meeting.

The EGM was triggered by a motion of no confidence (Motion 2) in IChemE’s governing Council – its volunteer leadership. Council has acknowledged that some of the views set out in the supporting statement to the no confidence motion have merit.

“I believe that the member concerns that led to the calling of an EGM are being dealt with in an appropriate and professional manner within our broader Strategy 2022 ambitions. This strategic work remains the focus of Council. As such, Council has tabled an alternative motion (Motion 1), asking members to express their support for the governance review and the change agenda that is already underway.

These provide the basis for your Institution’s success in promoting the interests of our members. They are based in turn, on the responsibility – to which we as chemical engineers are all committed – to do work that makes a positive contribution to society.”

Both parties were invited to provide 1,000 words in support of their motion. The mover of Motion 2 provided 150 words only; this is the extent of Council’s knowledge of the rationale for Motion 2.

Members are being asked to consider two alternative visions for IChemE’s future. Council’s motion – Motion 1 – does not represent the status quo, but rather it seeks to secure support for the continuing work to update IChemE’s strategy and governance, both of which have been the subject of member consultation over the last year.

Motion 1 expresses a determination to manage change responsibly and professionally – Building on the Institution’s proud heritage... and maintaining public trust in the chemical engineering profession

The thinking behind Motion 2 appears well-intended, but is based on frustration with a set of challenging circumstances. These are already being addressed under my leadership of IChemE’s  professional staff team. If passed, Motion 2 will disrupt the progress made to date. The mover has offered no clear picture of what happens next.

4. Focus on the substantive issues

A significant component of the no confidence motion relates to an ongoing complaint of professional misconduct against a member. This has attracted comments on social media – some of which have been inaccurate and misleading. As a responsible professional body, IChemE has been unable to correct this misinformation, or comment on the case, to protect both the complainant, and the subject of the complaint. The subject’s name was removed from the supporting statement to Motion 2 to protect the integrity of the disciplinary process.

When casting a vote, Council asks members to focus on the substantive issues set out in Motion 1. The handling of the disciplinary process must be left to the properly constituted, independent, disciplinary panel.

IChemE aspires to be the organisation of choice for professional chemical, biochemical and process engineers. This goal has shaped its business planning since the granting of the Royal Charter in 1957.

The Institution is led by its members, it supports its members, and it exists to serve society by advancing chemical engineering worldwide. There is much to be proud of:

All of this has been achieved in the Institution’s first century, and more will be achieved in the second. Strategy 2022 and the proposed governance changes will take IChemE forward. These are well thought out, and well advanced.

A vote for Motion 1 is a positive and constructive vote that will safeguard IChemE’s future with enhanced representation, greater transparency, and a stronger connection between the membership and the Institution’s leadership.

IChemE is based on partnerships. Members form an essential part of those partnerships, and they lead them. A vote for Motion 1 will renew this relationship for the Institution’s centenary in 2022, and beyond.

Looking to the future

Do Your Earnings Stack Up? 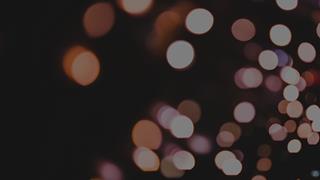