THERE is an incredible, largely unknown, advanced nuclear reactor development effort going on worldwide. More than 55 new and innovative new reactor designs are being developed not only by recognised names in the nuclear business but also by young upstarts whose visions and dreams are to create new nuclear technologies that do not emit greenhouse gases. At present over 437 nuclear power stations produce over 10% of the world’s electricity in 32 countries and 30% of the world’s low carbon power. There are 57 new nuclear plants under construction worldwide in 19 countries.

Major innovation is taking place in the area of small modular reactors and even micro-reactors (<5 MWe). Many of these new designs are in the conceptual stage that may lead to final design and construction. However, the challenges are many, not only dealing with regulations not designed for anything but water reactors, but also finding the money to design, test, and build the plants. Governments and private investors have provided funds for early development, but serious money will be needed for that. We’re talking about a billion or more dollars to get even the small reactors licensed and built. 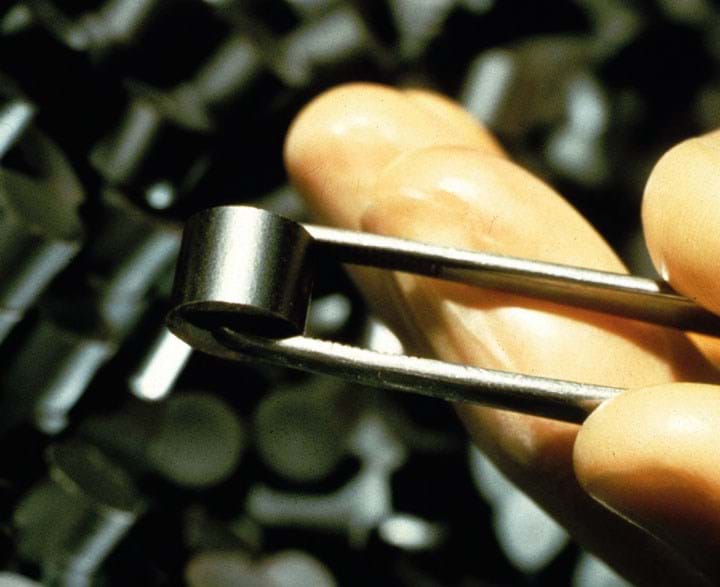 As the world looks to non-fossil energy alternatives, nuclear energy is presently a major supplier of the world’s carbon-free electricity. Unfortunately, due to the politics of nuclear power, its contribution is not recognised and treated equally with other non-emitting sources such as solar and wind. The concern is perceived lack of safety and lack of a long-term waste solution. With only a few exceptions, the public safety record of nuclear energy in over 65 years of operating reactors is excellent. It is hoped that with the new innovative and improved designs, nuclear energy will be able to play a key role in dealing with climate change issues. Only time will tell.

This article reviews some of the new nuclear options available – the markets and technologies from which to choose. There are too many to discuss here, so we’ll look at several of the leading most promising technologies of different types that are ready for near-term deployment. We’ll also review the challenges and costs, giving several examples of the formidable obstacles innovators face. We will conclude with a summary and assessment of the chances of success in helping deal with the threat of climate change.

A new development beyond the concern over climate change is the question of energy “security”. The Russian invasion of Ukraine and Europe’s reliance on Russian oil and natural gas has created another incentive for expansion of nuclear energy. The seriousness of these threats will be revealed if policymakers in all nations endorse this proven clean and secure energy source for the future.

Nuclear energy generates heat from the fissioning (splitting) of heavy atoms such as uranium-235 or plutonium-239. This can be applied to produce electricity, heat for industrial and chemical processes, heat to desalinate water and combination of all of the above with a properly-designed system to capture all the useful heat produced. As an energy source, nuclear is immensely compact. For example, a fuel pellet for a light water reactor has the energy content of 1 t of coal, 149 gallons of oil and 17,000 ft3 of natural gas1.

The question for designers is how to configure the plant to produce the most economical product for the market. At present, electricity is the dominant application with consideration being given for desalination, district heating, and hydrogen production. Chemical plants need heat for many processes which could be provided by a co-located nuclear plant that could provide the facility with both heat and power. This is made more likely using small modular reactors that can be sized to meet the industrial plant’s needs.

The nuclear technology options are numerous2. The most common are nuclear thermal fission reactors using a variety of coolants for the reactors to extract the heat. The most common coolant is light water (normal water). 96% of all operating reactors (437) in the world are light water reactors. Others include heavy water (deuterium oxide – 49 reactors), helium gas (1), and carbon dioxide (10). Other types of reactor coolants include molten salts such as lithium beryllium fluoride (FLiBe) and even lead but none are in operation today. The other type of reactor that has been used in the past is a fast reactor (using high energy neutrons – 2 reactors in operation). These types of reactors can be used to consume uranium or breed fuel (ie make more than is consumed) using a non-fissionable isotope of uranium-238 (97% of world supply of uranium). U-238 is converted in the reactor to fissionable plutonium-239 which can then be recycled in the plant providing a virtually inexhaustible supply of fuel. These fast reactors are cooled by liquid sodium or lead (or lead bismuth eutectic) and even helium gas or other molten salts such as chlorides that are suitable to maintain the fast neutron spectrum needed for these reactors. More than 200 reactors, some using alternative coolants have been shut down and are not included in the numbers quoted above. Some novel reactors, in the micro category, are proposing to use liquid sodium heat pipes, such as the Oklo 1 MWe reactor3.

Another reactor innovation to avoid fuel failures is to use molten fuel as part of the coolant. This circulating fuel would be pumped into a tank which would allow the fission process to take place. This would be combined with a system to remove the fission waste products. This type of reactor can be operated continuously, since the molten fuel is fed into the plant during operation4.

The other distinguishing criteria for nuclear plants is size. Typical new nuclear light water plants are in the 1,100 MWe range. Older plants range from 200–800 MWe. For newer innovative reactors, the sizes being considered are generally in the small modular class from about 20–300 MWe. Presently, responding to the need for decentralised special applications plants, new plants can range from the micro size of several hundred kilowatts to 10 MWe. These smaller plants are designed for industrial applications, manufacturing plants, computer servers, and/or remote sites. Some of these plants do not require refuelling for 20 years, which is particularly attractive for some applications as opposed to 12-24 month refuelling cycles for light water plants. Pebble bed gas cooled reactors operate with continuous refuelling with used pebbles discharged during operation to be replaced by fresh pebbles. Such a 210 MWe plant has recently started commercial operation in China5.

Today, the exciting area is the development of small modular reactors using non-standard coolants and designs. A summary of the reactor technology types currently under development is shown in Tables 1–56. 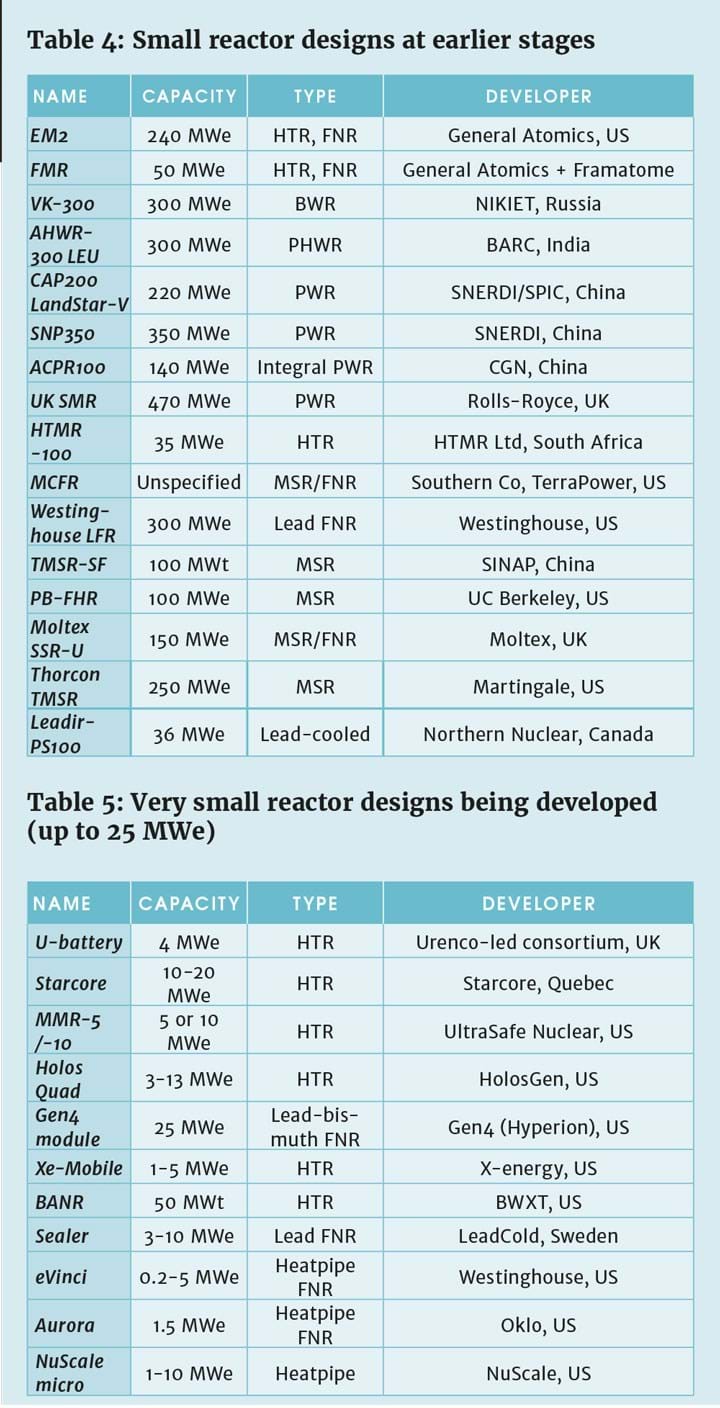 Energy: How to Store It