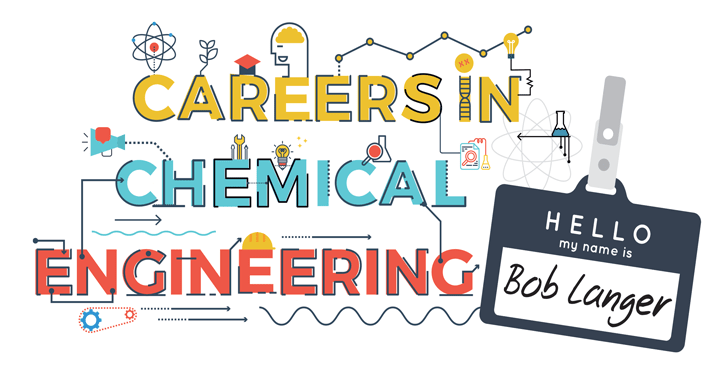 I’m a chemical engineer working in the energy sector. I was originally attracted to study chemical engineering because of the breadth of career opportunities it provides. To showcase this diversity, I’ve been talking to a range of chemical engineers to find out what they do, how they got there, and why they do it.  For this instalment, I spoke to Bob Langer, the David H Koch Institute Professor at MIT, and winner of the 2015 Queen Elizabeth Prize for Engineering.

Bob holds an astonishing number of accolades, achievements and prizes, including being the most cited engineer in history. When I asked him how and why he has achieved this, he said, “other people probably know the answer better than me.”

“I think it’s a combination of caring about people and asking big questions with a big impact on the world. But it’s really hard to know.”

Playing with chemistry sets at a child strengthened his interest in science, influencing his career choices later in life. He graduated from Cornell University at a time when many chemical engineers went on to work for oil companies, but he bucked the trend, and struggled to find work in the medical field.

His perseverance paid off; he was eventually hired by Harvard University. His task was to isolate molecules that inhibit blood vessel growth, which he managed to do, and went on to lay the foundations for the fields of controlled release drug delivery and tissue engineering.

"You can put each vaccine in a different nano-shell, and make the shell dissolve at specific times – one month, two months, one year."

The lab that Bob now runs at MIT is bigger, and better funded, than ever. The group works with the Gates Foundation, applying their discoveries to help people in poorer parts of the world. One example of this is improving vaccination rates. Patients may only get the opportunity to visit the doctor once, but could need up to 20 vaccinations over a period of time. A proof of principle, published in Science, tackles this issue.

The work is not necessarily about coming up with new drugs, it’s about solving the delivery issues, and it’s not just the poorer countries. Last year, the New York Times reported that people not taking their prescribed medications results in 125,000 deaths and costs the US healthcare system between US$100bn and US$289bn.

“We’ve developed pills that could last for a week or a month, that’s another thing we’re looking at.”

Alongside nanotechnology for delivering the drugs of the future, and regenerative medicine, Bob is excited about the prospect of faster delivery of life-saving medical developments.

“Based on some of the work we’ve done, you can make organs for drugs testing, that’s also an exciting area,” he explained that testing on animals and humans adds time to the drug development process.

Bob’s strong sense of family shines through. He describes his students as “an extended family”. About 600 people, mostly former students, organised a symposium for Bob’s 70th birthday earlier this year.

“The students, they’ve done so spectacularly well. When you see them so happy and doing so well, that part is a thrill. When they had this party for me, it was amazing. They gave speeches and showed a tremendous amount of appreciation. Some of them told stories about how 30 years ago I gave them some advice and they remembered like it was yesterday. I have to admit I didn’t know the advice was any good, I just hoped it was!”

With a huge lab to run, students to supervise, medical start-up entrepreneurs to advise, I wondered how Bob has time to do anything else.

“I do two things. I spend time with my family, and I work. One of the things I used to do with my children when they were little, and I am honored they still want to do it now that they’re in their 20s, is I take each of them on a trip every year. I like to spend time with each of them individually, and with my wife too.”