THE engineering profession needs a widespread culture change to improve inclusion in the workplace, according to a new report from the Royal Academy of Engineering (RAEng). 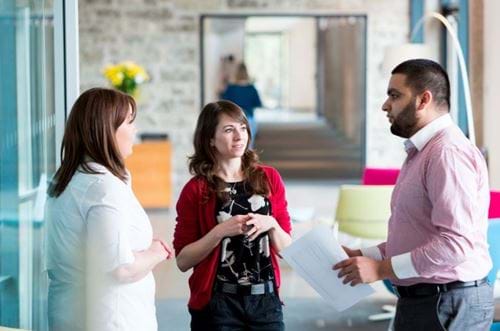 RAEng surveyed more than 7,000 engineers in the UK for the report, called Creating cultures where all engineers thrive, which it says is the first such survey to look at engineering workplace culture. The report found that while 77% of respondents said that they like their job most or all of the time, and 82% would recommend engineering as a career choice, the workplace experience of individual engineers varied according to their gender and ethnicity.

The report found nine common themes in the answers given describing the UK’s engineering culture. Six were positive – problem solving, safety conscious, proud, loyal, team orientated, and flexibility. Three were less positive – friendly but impersonal, having a strong attachment to tradition, and a lack of support on career development. It is these latter three that will need to change for the sense of inclusion to increase.

The report makes seven recommendations to improve engineering workplace inclusion. Engineering leaders must prioritise progress on inclusion, and the benefits should be better articulated and more engaging for white and male engineers. The sector should “build a critical mass” of white and male allies, and work to increase awareness of how engineering culture and inclusion is perceived by different engineers. The strengths of engineering, such as problem solving and teamwork, should be leveraged to increase inclusion progress. Engineering leaders and managers should ensure that there is fair and inclusive career support, and take action on all seven indicators of inclusion – openness, respect, relationships, career, flexibility, leadership and diversity.

“We can take many positives from this extensive survey. UK engineers are highly focused on delivering the best solutions to challenges which exist in their demanding jobs and this problem-solving expertise can be applied to improving diversity and inclusion. Engineers recognise the benefits of working in an inclusive environment and acknowledge that we need to work harder to drive change. The Academy’s Diversity and Inclusion programme has been set up do exactly this task,” said Allan Cook, RAEng vice president.

“IChemE recognises that an inclusive culture is essential to a successful engineering profession that can deliver the innovations and solutions for society as well as supporting individual ability to contribute and perform. We support the recommendations and will work with members to identify areas to improve inclusivity,” said Alana Collis, IChemE Energy Centre and technical policy manager.

Further reports later in the year will look at the perceptions of lesbian, gay, bisexual and disabled engineers, and those from engineers with different religions and belief, in relation to inclusion.

Girls: stick with it