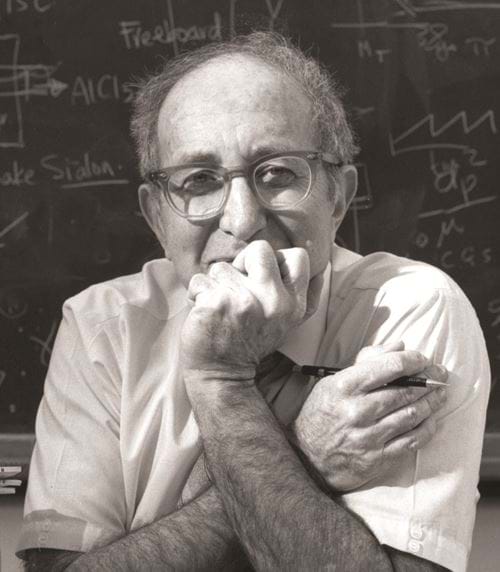 OCTAVE LEVENSPIEL was a remarkable chemical engineer and a thought leader in the branch of chemical reaction engineering.

Many will know Octave’s name because of his renowned book – Chemical Reaction Engineering – which has been translated into many languages; and from the Levenspiel Plot and GNU Octave software named in his honour.

Just as remarkable as his career are the dramatic events of his formative years. Octave – or Tavy to his friends – was born to Polish Jews who having faced oppression in Europe had fled to Shanghai, China.

Octave’s mother Lily was a romantic business woman who ran her own dress shop – latterly in the US. Octave’s father Abe was a practical man – an architect who drew up plans for Wuhan University. Their personalities were so different that it was no surprise that they would get divorced. This was when Octave was three years old.

After his early schooling, Octave, aged 15, was sent to the US but the boat carrying him arrived in Manila on the day of the attacks on Pearl Harbour and he was subsequently left there. As a “friendly enemy” he was not interned and found work in a book shop. He would later tell the story of how he met a man in a park who made boomerangs and was inspired to make his own, which he would later throw in a single
complete loop around the Washington Monument, catching it on its return.

When the war ended, Octave finally reached the US where he studied at Aurora University and Berkeley, from which he graduated in 1947, before studying for his PhD under Jess Walton at Oregon State University (OSU).

In 1952 he married Mary Jo Smiley and they went on to have three children, Bekki, Barney and Morris. He went on to teach at schools outside of Oregon but ultimately returned and spent the rest of his career at OSU, eventually becoming an emeritus professor of chemical engineering.

Octave would publish many books. His most famous title was Chemical Reaction Engineering, which has sold in the thousands. The book included amusing examples to help convey the topic, the most famous of which centres around the challenge of Lord Nelson breaking through the French lines at the Battle of Trafalgar.

He wrote many research papers and was in much demand as a conference speaker for his humour and interesting talks. In 1988 he was invited to give the renowned Danckwerts Memorial Lecture and gave a speech entitled The Chemical Engineer’s Grand Adventure.

He retired in 1991 but that didn’t stop him from working. In 2000, Octave was inducted to the US National Academy of Engineering.

In his retirement, he spent the summers at Otter Rock, a small village north of Newport, Oregon, where he and Mary owned a chalet overlooking the Pacific Ocean with views of whales, eagles, seals and humming birds – along with some mildly eccentric neighbours, by all accounts.

Octave and his family spent two sabbatical years in
Cambridge, UK, where we became great friends and later co-authors of research papers. His death removes my friendship with the man who I warmly thought of as the ‘Dr Seuss of chemical engineering’.

Octave died on 5 March after a peaceful decline. He is survived by his wife and his children Bekki and Morris.

Talks under way for Covid-19 vaccine supply in Africa