Nuclear fusion is 15 years away from reality, say MIT engineers

FUSION power – the clean energy technology wryly said to always be 30 years from reality – could be demonstrated within just 15 years, thanks to new research efforts at MIT.

This acceleration in development has been seized upon by a collaboration between MIT and a new private company called Commonwealth Fusion Systems (CFS), which is backed with funds from Italian energy giant Eni. It will support MIT with more than US$30m of funding over the next three years to develop the world’s most powerful large-bore superconducting electromagnets.

These magnets, formed from a newly-available superconducting material – a steel tape coated with yttrium-barium-copper oxide (YBCO) – will enable the construction of a much more compact version of a donut-shaped fusion chamber called a tokamak.

Fusion is the process that powers the Sun. It involves forcing together light elements such as hydrogen to form heavier ones such as helium, which in turn releases vast amounts of energy. Developing a commercially-viable system would have far-reaching benefits. Fusion relies on hydrogen as feedstock, which unlike fossil fuels and uranium, will not run short. And it produces no greenhouse gases or long-lived radioactive waste. Widely disseminated, the technology could provide cheap, clean power and help in the fight against climate change.

However, it can only produce net energy at extreme temperatures of hundreds of millions of degrees Celsius. These are too hot for any solid material to withstand so fusion researchers use magnetic fields to hold in place the hot plasma – a kind of gaseous soup of subatomic particles – keeping it from touching any part of the tokamak.

The magnets MIT seeks to develop will produce a magnetic field four times stronger than in any existing fusion experiment. This cuts the size of plant needed, which has positive repercussions that reverberate through every aspect of the design. Components that would have been so large that they would have had to have been built onsite can now be factory-built and shipped in; ancillary systems for the likes of cooling could all be scaled back proportionately; and the cost and time for design and construction would be reduced.

Once the magnets are developed – expected within three years – MIT and CFS will build an experimental system called SPARC which will be designed to produce 100 MW of heat. The team says it will produce, in pulses of about 10 seconds, as much power as is used by a small city. Crucially, the output would be twice the power put in to heat the plasma, achieving net energy from fusion.

This successful demonstration would prove that a new power plant around twice SPARC’s diameter could pass to final design and construction of the world’s first true fusion power plant.

At that point, its implementation could proceed rapidly and with little risk, and such power plants could be demonstrated within 15 years, says the research team, beating the multi-government-funded ITER fusion project under development in France and set to begin producing energy around 2035. 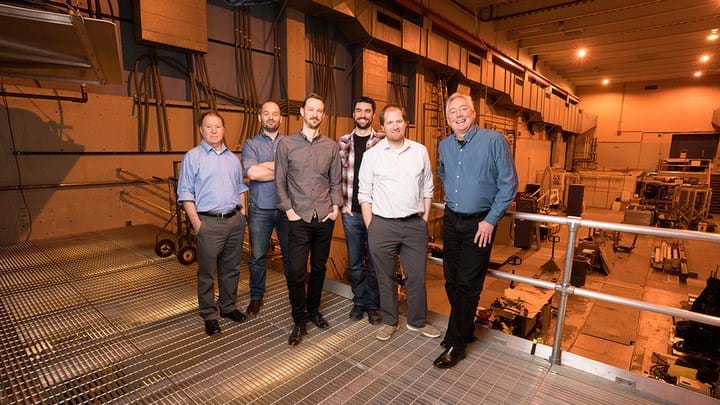 Commenting on the team’s approach, Zach Hartwig, assistant professor of nuclear science and engineering at MIT, said: “The high-field pathway to fusion energy proposed by MIT and CFS seeks to take the best of both approaches – coupling the proven physics of the tokamak with the drive of a company focussed on commercialisation – and isolating the majority of the technical risk in the engineering development of the high-field magnets.

“Overall, we believe two things about all of the ongoing efforts on fusion energy, both government- and privately-funded. First, fusion energy is too important to solving major challenges facing humanity to focus exclusively on a single approach, particularly where parallel technology and funding pathways can exist side by side”.