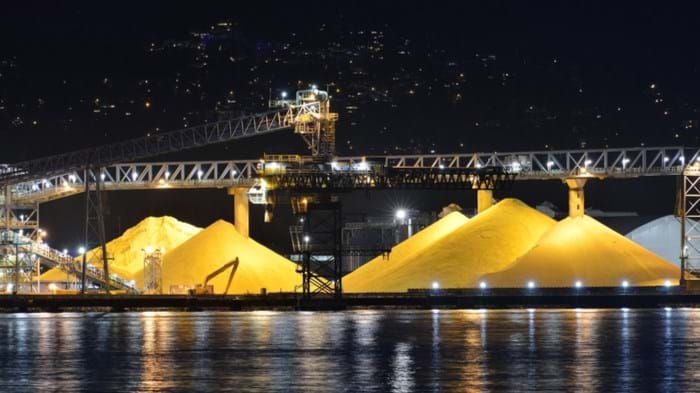 SCIENTISTS led by the University of Liverpool, UK have discovered a novel catalytic process for the production of plastics from sulfur. This approach could provide a way of producing more environmentally friendly plastics, potentially with new applications.

Synthetic polymers are amongst the most extensively manufactured materials on Earth. Annually, almost 380m t of plastic is produced. The vast majority of synthetic polymers are produced from limited resources derived from petrochemicals, and resources are decreasing, and environmental concerns are increasing. There is now an urgent need for novel, more sustainable polymers.

Sulfur is an abundant element. It is found as a mineral deposit across the world and it is a waste product from the refinery of crude oil and gas in the petrochemicals industry. More than 70m t/y is produced as waste. Sulfur has been identified as an alternative to carbon for the manufacture of polymers and stable polymers can be made by the process of inverse vulcanisation, which uses organic crosslinkers to stabilise the polymers. However, this process requires high temperatures and long reaction times and produces harmful by-products.

The researchers used zinc-diethyldithiocarbamate (Zn-DTC)2  as a catalyst, or accelerator. This enabled sulfur polymerisation at reduced temperatures and reaction times. Catalysation also significantly reduced production of the highly toxic by-product, H2S gas, with catalysed reactions producing up to seven times less H2S. These factors greatly enable scale-up and use of these unique materials.

Generally, temperatures of more than 160°C are required to induce sulfur polymerisation. Some reactions need even harsher conditions of 180°C or more. Catalysis enabled reactions to begin occurring at 135°C.

In addition, catalysed reactions typically required significantly less time to reach completion, compared to uncatalysed reactions. For example, using the crosslinker 1,3-diisopropenylbenzene (DIB) the reaction time was reduced from between 12 and 24 hours to 6.5 hours by addition of 1 wt% Zn-DTC2. Reactions were recorded from start until solidification of the mixture. The reaction time for DIB was further reduced to 1 hour by using 5 wt% Zn-DTC2.

Furthermore, catalysis enabled the researchers to create previously unreported sulfur polymers (thiopolymers), including thiopolymers made with crosslinkers that are unreactive without catalysis. Thus, the range of possible sulfur-rich polymers is expanded.

Catalysis also increases yields and improves the physical properties of polymers. And it should be noted that the reaction was enabled by a range of catalysts, including low-cost and non-toxic metals.

“Making polymers (plastics) out of sulfur is a potential game changer,” said Tom Hassel, Royal Society University Research Fellow in the Department of Chemistry at Liverpool.

He added: “The properties of sulfur are very different to carbon, and this has already opened up a world of possible applications for sulfur polymers including thermal imaging lenses, batteries, water purification and human health.”

This discovery could broaden the fundamental chemistry of thiopolymers through exploration of other crosslinkers, and future studies on alternative catalysts could improve and optimise thiopolymer use. In addition, it makes inverse vulcanisation more widely applicable, efficient, eco-friendly and productive than the previous routes.

Research was led by the University of Liverpool with collaboration from Lancaster University.