THE IgNobel Awards, celebrating the weirdest of weird science, have this year been awarded to such important research as to how cats can be both solid and liquid, and the fluid dynamics of walking backwards with a cup of coffee.

This year’s glittering ceremony, the 27th, was held, as usual, at the Sanders Theatre at Harvard University, on 14 September. Ten awards were given out in total, with each winner receiving a whopping $10trn in prize money – Unfortunately the prize money is in practically worthless Zimbabwean dollars. The prizes are handed out by genuine Nobel Laureates.

Our old chemical engineering favourite fluid mechanics featured in two pieces of prize-winning research, and both winners collected their prize in person. Marc-Antoine Fardin was awarded the Physics Prize, for his work using fluid dynamics to find out “Can a Cat Be Both a Solid and a Liquid?” Fardin rightly pointed out that a cat, which of course is a solid, can conform itself to almost any shape, the definition of a liquid. His research paper includes pictures of cats conforming perfectly to a wine glass, a sink and a jar, amongst other things. He concedes, however that the flow rate can be difficult to compute as cats are active rheological materials. 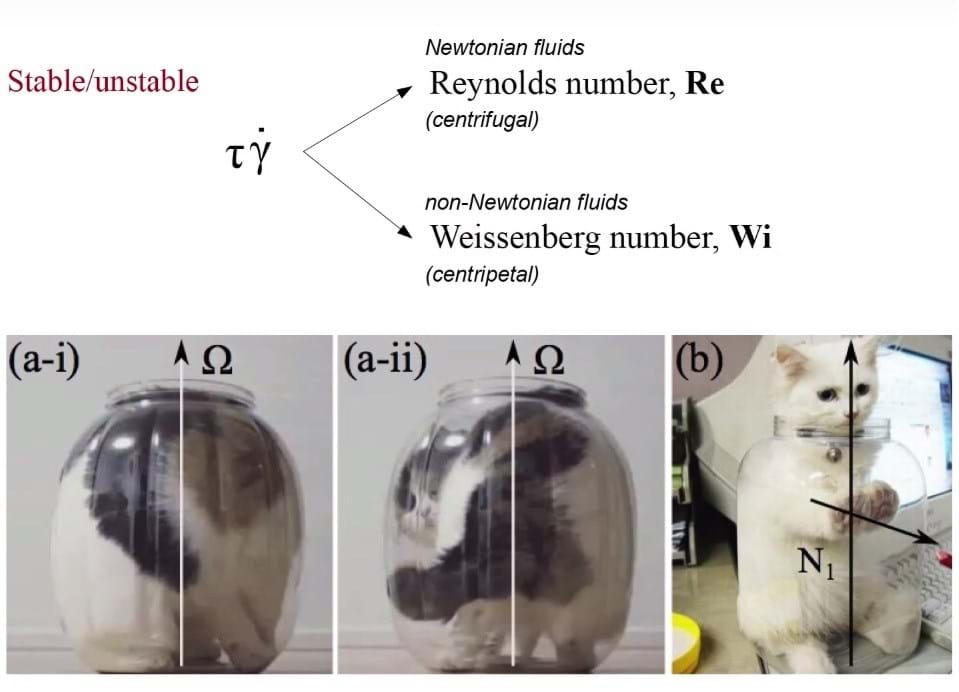 The Fluid Mechanics Prize went to Jiwon Han from South Korea, who studied the fluid dynamics of liquid sloshing when a person walks backwards when carrying a cup of coffee. Impressively, Han was still a student at his high school, Korean Minjok Leadership Academy, when he wrote the research paper. The oscillation of the hot coffee can apparently be controlled by changing the hold on the cup (see main picture).

Millions of people around the world suffer from obstructive sleep apnoea, in which the throat muscles relax too much during sleep, obstructing the airway and preventing normal breathing, which as well as relatively long periods without breathing during sleep, can lead to extremely loud snoring. Their partners also suffer. But did you know, that regularly playing the didgeridoo can help? The research, which won the IgNobel Peace Prize (see what they did there?), was inspired by researcher Alex Suarez, who found that playing the didgeridoo helped his own sleep apnoea. It’s thought that the circular breathing technique necessary for didgeridoo playing helps to strengthen the throat muscles.

You may or may not have noticed that many old men have big ears. We now know why, thanks to James Heathcote, who won the Anatomy Prize for discovering that men’s ears continue to grow during their lifetime. Women’s ears do too, but it is less noticeable as they are smaller to start with and are often disguised by their hair.

The Economics Prize was won by Matthew Rockloff and Nancy Greer, who found that people who had held a 1 m long saltwater crocodile were more likely to bet more on electronic gaming machines.

Other prizes include the Biology Prize, which went to a multinational team from Japan, Brazil and Switzerland for their discovery of a cave insect in which the female has a penis-like organ and the male a vagina, and the Cognition Prize, for research which found that identical twins cannot always tell themselves apart in pictures.

Singapore and UK to address climate change in the ASEAN region