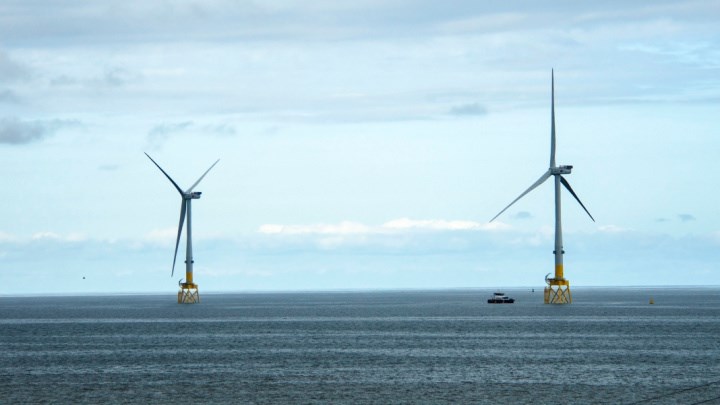 AMBITIOUS plans to deliver an initial 4GW of energy capacity in the Celtic Sea has taken a major step forward after the Crown Estate announced it has awarded the first contract in a multi-million pound programme of marine surveys to investigate potential floating wind farm locations off the southern coast of Ireland.

Forming part of its Offshore Wind Evidence and Change programme, the five-year initiative received an investment commitment of £50m (US$60m) from the Crown Estate in 2020, aimed at helping the UK achieve net zero by 2050 while boosting jobs and expertise in the industry.

Independent of government and the monarch, the Crown Estate, which manages the seabed around England, Wales and Northern Ireland, said that now the contract has been signed, the initial phase of surveys into wind, wave and current patterns will begin in Spring 2023.

The procurement of the remaining surveys, including the geophysical and geotechnical properties of the seabed, and bird and marine mammal surveys, will also begin over the coming weeks and months subject to further commercial discussions, said the agency. Data from the surveys will be made freely available to successful bidders, to help accelerate the delivery of projects, and to make it easier for developers to take early decisions and manage risk.

Bordering the Bristol Channel, the English Channel, St. George’s Channel, and the Bay of Biscay, the Celtic Sea holds an estimated 50 GW of offshore wind resource over its 300,000 km2 surface area. The Crown Estate has already earmarked five “Areas of Search” that will be further refined over the coming months into potential project development areas (PDAs).

“In order to further accelerate the leasing process, the work to identify the final PDAs is being undertaken simultaneously with the plan-level Habitats Regulations Assessment, which assesses the potential impact of leasing plans on the most valuable environmental habitats in the UK, which make up the ‘UK National Network,’” said Tim Pick, Co-Chair of the Offshore Wind Acceleration Taskforce.

Developed together with Defra and BEIS, the Offshore Wind Evidence and Change programme is one of many projects up and down the country run by the Crown Estate. Along with providing rights for thousands of kilometres of telecommunications and power cables on the seabed, as well as for oil and gas pipelines, the agency also manages around half of the foreshore, the land between mean high and mean low water mark, around the same seabed territories. The Crown Estate is also responsible for the Marine Data Exchange, the world’s largest collection of marine industry survey data containing over 200 TB of information.

In addition to the proposed wind farms, an existing pipeline of 400MW of test and demonstration scale floating wind projects in the Celtic Sea has the potential to support the Government’s target of 1GW of floating capacity in the UK by the end of the decade, said the Crown Estate. These include the 96MW Erebus floating wind project in the Welsh waters of the Celtic Sea, and the controversial 30MW Wave Hub site off the coast of Cornwall. Costing the taxpayer £42m, the pioneering wave energy scheme was bought out by a Swedish floating wind turbine developer in 2021, however it has yet to produce a single KW of energy.

“A successful floating wind market in the Celtic Sea will not only support the UK’s journey to net zero and strengthen our energy security, but can be the catalyst for new jobs, investment and supply chain opportunities,” said Nicola Clay, Head of New Ventures at the Crown Estate. “Ensuring these benefits are fully realised is a shared challenge, and the Crown Estate is committed to playing its part in supporting the growth of these important markets.”