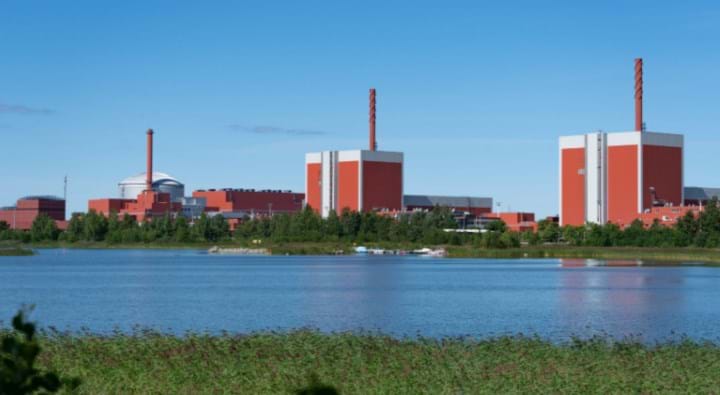 The Olkiluoto nuclear power plant in Finland, where cracks of a few centimetres have been found in all four of the feedwater pumps of its OL3 unit

CRACKS of a few centimetres have been identified in all four of the feedwater pumps of the Olkiluoto 3 EPR nuclear power plant in Finland, less than a year after the facility attained first criticality.

Owned and operated by TVO, the Olkiluoto plant consists of two boiling water reactors, each producing 890 MW of electricity, and a third EPR (Evolutionary Power Reactor), dubbed Unit 3 or OL3. The EPR is a "Generation III+" nuclear reactor, “that benefits from significant technological advances in nuclear and occupational safety”, said Framatome (formerly known as Avera NP), the plant’s main contractor.

Unit 3 started construction in 2005, however it only began generating electricity in March 2022 after construction was repeatedly delayed. It was expected to begin commercial operation in September, but after the unit’s boron pumps started unexpectedly during a routine shutdown in April, and following the discovery of material in the turbine's steam reheater that had detached from the steam guide plates in May, the firm pushed back the start date to December.

Now though, the further damage that has been observed in the inner parts of the feedwater pumps of the OL3 turbine plant, could delay progress further.

The large feedwater pumps are used to pump water from the feedwater tank into the steam generators. TVO said the cracks detected in the impellers of the pumps have no impact on nuclear safety, but so far the cause of the damage, which is currently being investigated in several different laboratories, has yet to be determined.

"The feedwater pumps were delivered for the turbine island by a proven pump supplier that has supplied pumps to several nuclear power plants," TVO said.

Located on Olkiluoto Island, about 20 kms from the town of Rauma and about 50 kms from the city of Pori, TVO say its OL3 plant is “the third most efficient nuclear power unit in the world” and that once up and running it is capable of producing approximately 1,600 MW to provide about 14% of Finland's electricity.

One of Finland's two nuclear power plants, the other being the VVER Loviisa plant, the Olkiluoto facility has been plagued by issues for years. Built by Areva NP for a fixed price of €3bn (US$3bn), the firm estimated in 2012 that the full cost of building the OL3 reactor would amount to around €8.5bn due to the frequent setbacks encountered during its construction.

The delays led to a bitter dispute between Areva and TVO, with each seeking compensation from the other through the International Court of Arbitration - a scenario which resulted in Areva paying hundreds of millions of euros in compensation to TVO.

Meanwhile the facility’s other reactors have also experienced problems. In July, OL1 was also temporarily shut down due to damaged fuel elements, and in December 2020, the OL2 reactor automatically shut down when a valve failure caused hot water to reach filters in the reactor's cleaning system. “The plant's safety systems functioned as planned, and the disturbance did not pose a danger to people or the environment,” TVO said in a statement at the time.

TVO did have plans to build a fourth unit at the Olkiluoto facility, and in 2008 submitted an environmental impact assessment in preparation of applying for a construction license. However delays to OL3 has led the company to put its plans on hold.