The famous Gershwin song line can, in certain respects, be said to encapsulate some of the misconceptions about the inherent safety of operations in the food and drink industry. Because it produces things that we need, and which give us pleasure, there is sometimes a view that little, or no, harm can come from it. Potentially, nothing could be further from the truth, as the articles in the Food Processing Hazards Special Issue of Loss Prevention Bulletin (LPB) ably demonstrate.

Rutter and Haran develop this theme in their article based around accident statistics. The HSE data shows that 25% of all manufacturing industry accidents occur in the food and drink industry despite initiatives that, since the early 1990s, have reduced this from even higher figures. The perception of risk has historically resulted in more emphasis being placed on product quality than on safety.

In his article on New Zealand’s dairy industry, Feltoe describes how dust explosions in the production of dried milk in large-scale spray driers are just as likely to happen as they would be if a toxic chemical was being handled – if the right precautions are not taken. He describes measures that have been taken that greatly reduced the incidence of such occurrences.

Mercan discusses an explosion caused by welding in the presence of methane generated by decomposition of semolina in 10 m high silos. Tragically, this resulted in two fatalities, and a feature of the investigation was that no permit-to-work for welding was in force. Once again, it was not what was being made, but how things were being done, that caused the accident. 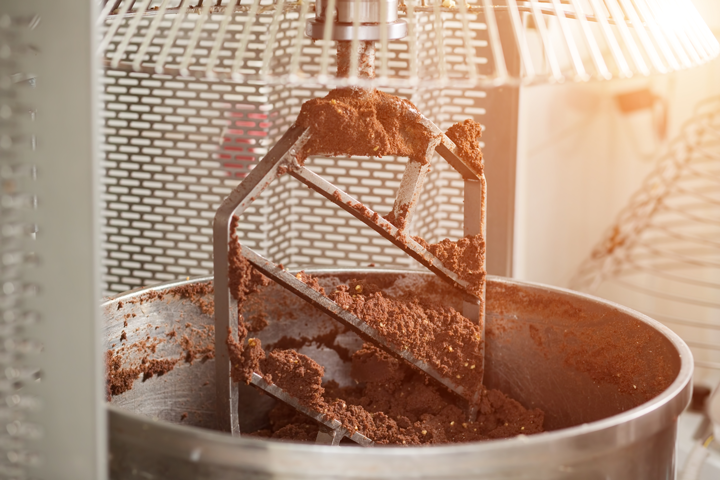 The large-scale production of chocolate crumbs presents many of the hazards found in high hazard chemical processes. These include dust explosions, fire risks, steam burns and others. Gakhar, Rowe and Butcher’s article goes on to highlight the safeguards that are needed to avoid, or minimise these – protection of the silos against explosion, steps to prevent inter-equipment propagation, and so on.

A totally different branch of the industry is highlighted in Molkenthin’s description of an incident due to loss of containment at a whisky distillery. During commissioning of new fermentation stage vessels, the beater (paddle) fell off a stirrer motor. This resulted in the motor rotating too fast and producing large amounts of foam. In attempting to deal with this, vast quantities of foam were released into the building and the outside carpark. The cleanup operation was extensive. This was a classic commissioning-stage accident that could have been avoided by a better pre-commissioning risk assessment including pre-operational checks on all the equipment. There were no injuries but a high potential for slips, trips and falls in the very greasy foam that covered the whole area.

Gyenes rounds things off with a treatment of the risks of self-ignition in stockpiles of meat and bone meal (MBM). A typical mode of storage is large quantities inside warehouses, for quite long periods of time. Heat is generated spontaneously and exacerbated by poor air circulation. Precautions such as storage in smaller quantities, temperature monitoring, and keeping the MBM cool and dry, are essential. Support is provided by three interesting case studies.

Finally, my own article describes the major accident at the Hamlet chicken processing plant in the US. I was pleased and privileged to be asked to write this editorial against the background of the decision to make the article the first “free-to-download” piece on the LPB website. This accident was also triggered by a conventional equipment failure (a leaking oil pipe that allowed oil to spray onto a cooker and catch fire), but its consequences in terms of human suffering were immense. A total of 25 workers were killed and many more suffered life-changing injuries and disabilities. What made this accident even more terrible, was the finding that institutionalised managerial attitudes to the health and safety of the workforce had contributed to the severe consequences of the accident. For example, fire escape routes had been locked because of a management perception that it was necessary to prevent petty theft.

In conclusion, this issue of LPB presents a truly international flavour (pardon the pun) of accidents in the food and drinks industry and shows that, in terms of cause and consequence, they are no different to those in any other sector of industry. We hope that it will encourage all those associated with this industry to renew their attention to the hazards and the means of minimising them. 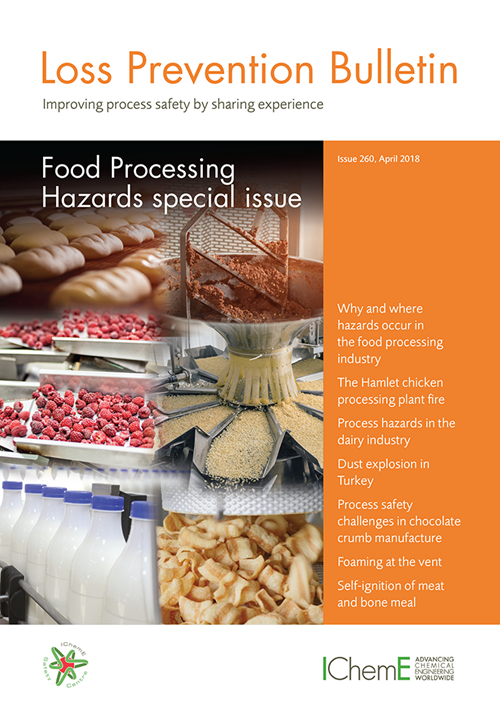 A Greener Future for IChemE