THE UK’s gas and electricity operator, National Grid, has set out its long-term goals in its report The Future of Gas: How gas can support a low carbon future, concluding that gas will play a crucial role in the coming decades but not without clear policies from the government for decarbonising gas.

The Climate Change Act 2008 requires that the UK’s carbon dioxide emissions should fall to 80% below 1990 levels by 2050. The National Grid’s Future of Gas programme aims to understand the role of gas in the UK’s transition to a low carbon economy. The programme was launched in 2016 and the recent report was published on 9 March. The report draws together evidence and views from the National Grid’s stakeholders, sets out actions that will be taken by the National Grid, and highlights the urgent need for government policy changes.

The report outlines three scenarios for gas demand in the future: high electrification (low gas demand); two degrees; and decarbonised gas (high gas demand). The scenarios are used as a basis for understanding the challenges that could be faced and to start considering the right mix of actions needed to tackle them.

Gas demand would reduce from its current value of around 880 TWh/y to 200 TWh/y by 2050. However gas will still be crucial for industries that require gas for some high temperature processes. This scenario requires considerable government support and intervention.

This scenario relies heavily on carbon capture usage and storage (CCUS), along with nuclear power and renewable energy. There is some electrification of heat but with more support from green gas.

This meets the 2050 carbon targets without a need to switch to electric heating. Heating in some cities will be provided by burning hydrogen rather than natural gas, but consumers still use natural gas outside of converted cities as well as green gases such as biomethane. Natural gas is needed to produce hydrogen via steam methane reforming, and thus CCUS is essential for this scenario to be realised. Energy from renewables is still supported, but there is no need for nuclear power in this scenario. Gas demand would increase to 1,100 TWh/y by 2050.

The report also discusses how heat, transport, and industry can be decarbonised with or without gas.

Meeting the UK’s energy needs without the use of any gas would be an enormous challenge. Gas networks currently deliver three times more energy than electricity networks, meaning that significant changes would be required to infrastructure.

All heating would need to be switched to heat pumps or another alternative, which would result in disruption from changing the heating system as well as increased costs. Around 20,000 homes a week would need to be converted to electric heat sources from 2025 to 2050 and significant advances in heat technology would also be needed. There would also need to be an alternative for the industries that relies on gas for high temperature processes, and the electricity network would need to find an alternative to gas-fired plants at short notice.

The National Grid is still unable to identify a credible scenario that meets the 2050 carbon targets without gas.

Currently, 80% of UK homes use gas for heating, making it the most difficult area to decarbonise. Hydrogen is likely to play a role in the future and testing hydrogen in the gas network is already being implemented by projects such as Leeds H21 and Hydeploy.

Heat decarbonisation currently does not perform a part of the public narrative in the same way that transport decarbonisation does, and future policies would need to consider the best time to engage with consumers on this. The government would also need to provide clarity on heat decarbonisation polices by the early 2020s in order to meet the 2050 carbon target.

Transport currently accounts for 40% of UK energy consumption so decarbonising transport with gas is a high priority, though this will be easier to implement than heat as it is easier for consumers to change their vehicles than their heat source.

There are currently less than 50 natural gas stations in the UK, and most of these are private facilities. It would not be a major undertaking to add public filling stations as the gas transportation infrastructure already exists. If the UK does not make a move to increase the use of natural gas filling stations, there is a risk that international freight companies will not be able to refuel, as it is expected that companies will take advantage of dedicated gas vehicles when they enter the market in 2018.

Diesel-powered heavy goods vehicles (HGVs) only account for 5% of vehicle kilometres but they are responsible for 18% of road transport greenhouse gas emissions. Gas is the currently the only solution for decarbonising HGVs. The report says that the government could provide taxation incentives for HGVs to switch from diesel to gas.

In the maritime sector, highly polluting heavy fuel oils are currently used, but liquified natural gas (LNG) can provide a low carbon alternative. National Grid’s Isle of Grain LNG terminal is developing a facility that will be open by 2020 which will allow the use of LNG in the marine and industrial sectors.

The report acknowledges that hydrogen could become more of a factor for powering vehicles, which would cause supply and demand changes on the National Transmission System (NTS) and lead to more hydrogen fuelling stations. 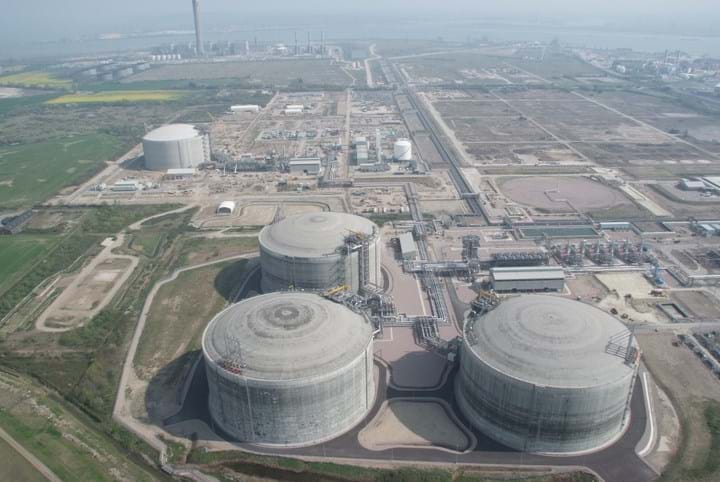 Gas is used either for heat or as a raw material in industries such a ceramics, glass, brick-making, chemicals, and fertilisers, and there is currently no viable and affordable alternative to gas. The National Grid plans to work more closely with industrial consumers to understand how to accommodate their needs while decarbonising the gas sector.

The report states that fast tracking CCUS will be vital and that it is needed at a large scale. For this to happen, the first CCUS projects would need to begin operating in the 2020s and infrastructure would need to be constructed though the 2030s to bring it up to scale by the 2050s.

Luke Warren, chief executive of the Carbon Capture and Storage Association said in a statement:

"By removing emissions, CCUS enables gas to have a long-term future in a low carbon economy. This will provide value to consumers against more costly alternatives. We strongly support National Grid's recommendation that the first CCUS projects must be in operation in the 2020s. Industry and government must now work together to deliver a CCUS deployment pathway that enables the UK to benefit from this critical technology."

The report concludes that natural gas will still be essential in the coming decades and that the 2050 carbon targets cannot be met without it. The government’s 2017 Clean Growth Strategy acknowledged that decarbonising heating in households and industry represents a major challenge, but currently there is no lead official or team looking at the role of decarbonising gas as part of the future whole energy system. This report emphasises that policy changes are urgently required before the decarbonisation of gas can be fully implemented.

The full report can be read here: http://bit.ly/2FG64uk