AMERICA’S power markets could move away from renewables and natural gas towards coal and nuclear, following announcements by US energy secretary Rick Perry.

The first of Perry’s proposals asked the Federal Energy Regulatory Commission (FERC) to consider issuing subsides for companies contributing to power grid reliability. Qualifying criteria, such as having a 90-day fuel supply on site, indicated that only coal and nuclear generators would receive payments. Solar and wind farms do not store fuel, while gas-fired power plants rely upon pipeline deliveries. 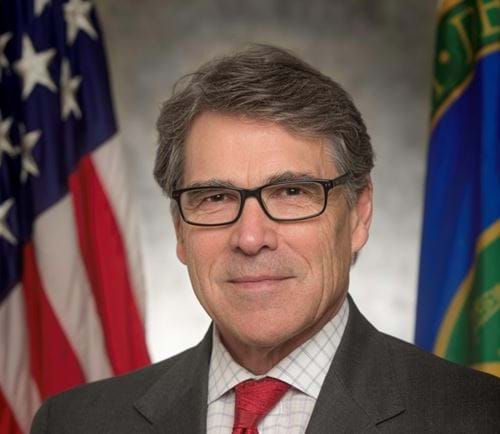 On Friday, Perry wrote a letter requesting that FERC, an independent government agency,  consider a proposed rule for the new subsidies, and set a 60-day limit for FERC to adopt the proposals.

The plan states the need to maintain baseload generation “that can withstand major fuel supply disruptions caused by natural and man-made disasters”, citing recent supply stress caused by a harsh winter in 2014, alongside hurricanes such as Harvey and Irma.

Proposals were drawn up as Perry invoked Section 403 of the Department of Energy Organization Act, and any rules included in the final action will go into effect within 30 days after publication.

However, concerns have been raised in Financial Times about the legality of the regulations, both over their substance and the timescale demanded.

The potential impact upon competition was also questioned by Travis Kavulla, the Republican vice-chairman of the utility regulator for Montana, told the newspaper that Perry was proposing to move US power markets from competition to a “command and control” system. He said: “This way, they will be predetermining through industrial policy who stays in the market and who goes out.”

But president and CEO of the American Coalition for Clean Coal Energy Paul Bailey welcomed Perry’s announcement. “We look forward to working with FERC and grid operators to quickly adopt long overdue market reforms that value the coal fleet,” he said.

Miles Farmer, a lawyer for the Natural Resources Defence Council, an environmental group, said the plan was “outrageous”, “poorly thought out”, and would lead to higher energy bills and more pollution.

“Coal power plants … are one of the largest sources of greenhouse gases causing climate change. Coal plants also cause an array of other problems, such as acid rain and asthma,” he added.

The proposals follow a Department of Energy report released in August, which looked into whether the US grid can handle the retirement of ageing coal-fired and nuclear power plants. It stated that the main cause of plants closing was that they were being priced out of the market by an abundance of cheap natural gas pumped from fracking projects. Secondary causes included the rise of wind and solar power, alongside government regulations and stagnant electricity demand.

Also on Friday, Perry stated that the US energy department would provide US$3.7bn in loan guarantees to further support the construction of two nuclear reactors at the Alvin W. Vogtle generating plant. Costs for the reactors have soared above US$25bn amid construction delays, caused in part by the bankruptcy of contractor Westinghouse Electric.

Perry said: “I believe the future of nuclear energy in the United States is bright and look forward to expanding American leadership in innovative nuclear technologies.”

Maria Korsnick, president and chief executive officer of the Nuclear Energy Institute, praised the support as being a foresighted investment in America’s future. “The twin reactors being built there are the only advanced reactors currently being built in the US and their completion is absolutely critical to help maintain American leadership in nuclear technology,” she said.