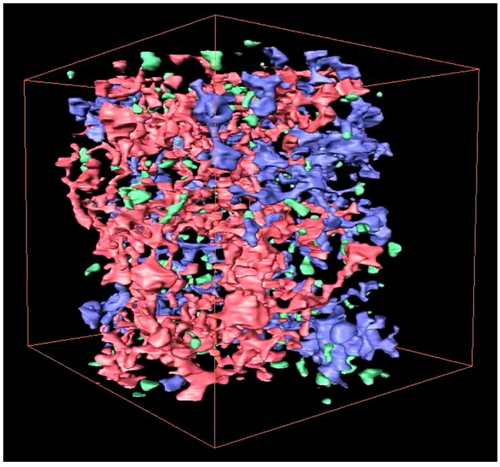 A 100-YEAR law used to describe how fluid flows through rocks has been overturned by engineers at Imperial College London, UK.

The team says its research dispels the premise of Darcy’s Extended Law that gases flow through rocks via their own separate, stable microscopic pathways. Using a synchrotron particle accelerator, the team produced 3D images that show that the flows of are in fact very unstable, lasting for tens of seconds at most, before rearranging and forming new ones.

The finding – dubbed dynamic connectivity – has implications for how engineers determine how to extract oil or gas, or store captured carbon dioxide.

Catriona Reynolds, who led the study, said: “Trying to model how fluids flow through rock at large scales has proven to be a major scientific and engineering challenge. Our ability to predict how these fluids flow in the subsurface is not much better than it was 50 years ago despite major advances in computer modelling technology. Engineers have long suspected that there were some major gaps in our understanding of the underlying physics of fluid flow. Our new observations in this study will force engineers to re-evaluate their modelling techniques, increasing their accuracy.”

The team will attempt to combine novel optical and x-ray imaging techniques so that it can capture the changes more quickly and model flow on a large scale suitable for modelling oil and gas production and carbon dioxide storage.