LLNL
Some of the objects produced through volumetric printing (Credit: LLNL)

Called “volumetric 3D printing”, the novel technique works by flashing laser-generated, hologram-like 3D images, into a vat of photosensitive resin for about ten seconds. This cures the resin, resulting in the production of complex 3D parts.

The method was developed by US researchers at Lawrence Livermore National Laboratory (LLNL), University of California Berkeley, the University of Rochester and MIT, and is described in Science Advances.

The team says that benefits of this method over traditional layer-by-layer printing include its speed, alongside the ability to create smoother curved structures and those that may sag under a layering approach. It adds that extra-soft materials such as hydrogels could also potentially be wholly fabricated, which would otherwise be damaged or destroyed by fluid motion, and that it is suited to operation in zero gravity, making space-based production possible.

“It's a demonstration of what the next generation of additive manufacturing may be,” said LLNL engineer Chris Spadaccini. “Most 3D printing and additive manufacturing technologies consist of either a one-dimensional or two-dimensional unit operation. This (work) moves fabrication to a fully 3D operation, which has not been done before. The potential impact on throughput could be enormous, and if you can do it well, you can still have a lot of complexity.” 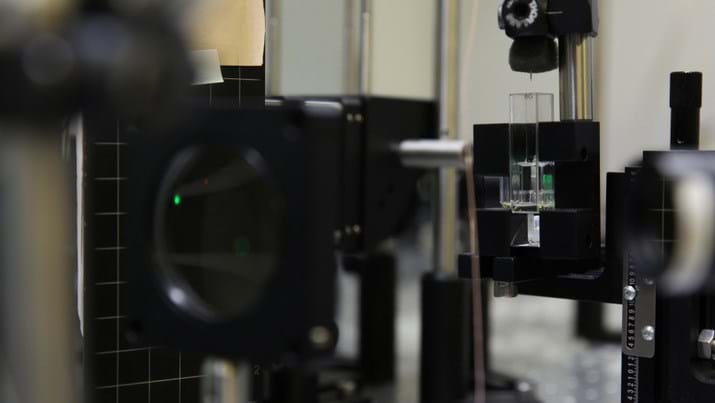 They believe that a stronger light source could make the technique faster, and says that additional polymer chemistry and engineering would be needed to improve the resin properties to make better structures.

“I’m hoping what this will do is inspire other researchers to find other ways to do this with other materials,” said LLNL materials engineer Maxim Shusteff, adding: “It would be a paradigm shift.”

Rockwell says no to Emerson offer